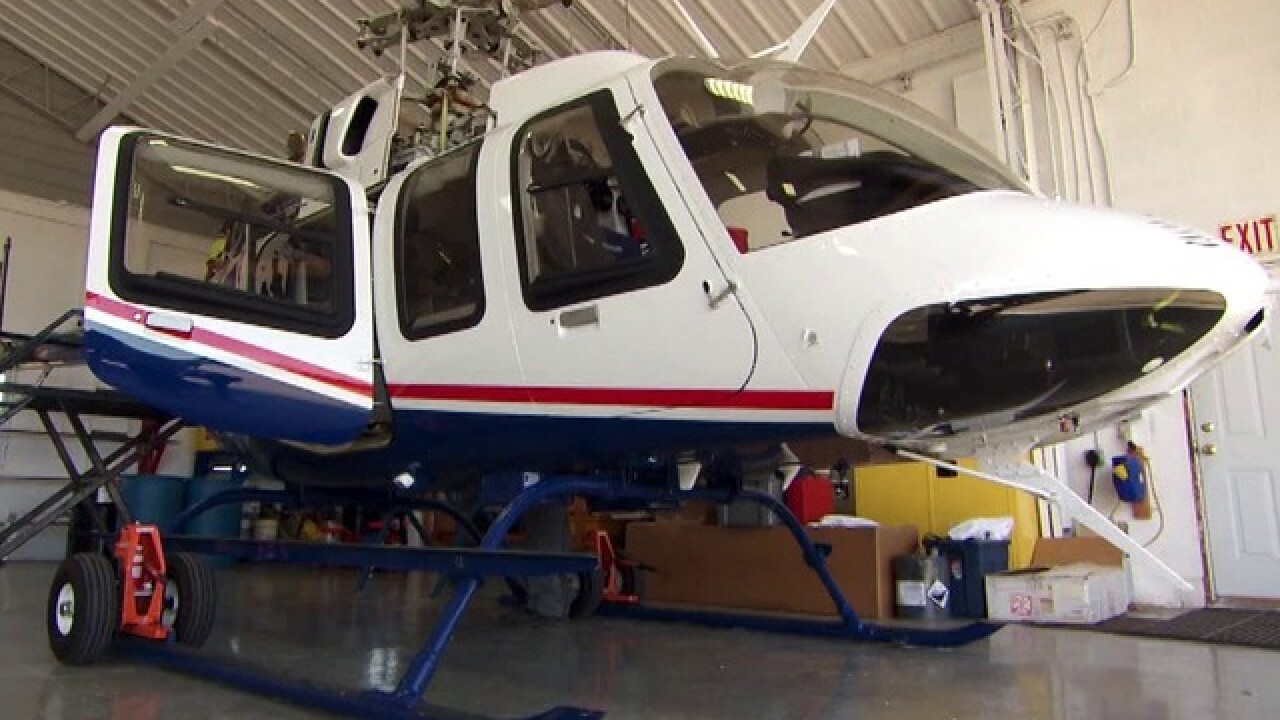 By: Adam Racusin
Posted at 10:47 AM, Mar 16, 2016
SAN DIEGO -- Around 400,000 people are airlifted by helicopters to U.S. hospitals each year, saving lives.
While the medical care is high quality, some are questioning how patients are treated financially after the fact. The bill can be tens of thousands of dollars, and you are expected to pay.
In many cases, health insurance doesn’t cover the cost of the helicopter flight, and when they don’t you’re on the hook. It’s happening right here in San Diego County.
It was spring of 2013 when Connie Ortiz heard a knock at her door.
"My son looked really confused like something had happened, something bad,” said Ortiz.
Her son, Giovanni, had been in an ATV accident.
Ortiz rushed him to the nearby fire station for help. No one knew the extent of Giovanni's injuries and the closest trauma hospital was more than an hour away, so crews dispatched an air ambulance.
"When the actual helicopter lands and you see them rushing there with the bed, I started panicking,” she said.
The helicopter ambulance got Giovanni to doctors in about 15 minutes. Ortiz says he suffered a serious concussion and was pretty banged up but survived.
The real pain arrived after the accident – a bill for more than $33,000.
"I still didn't worry, because I said, well, I have insurance, insurance will cover it,” she said.
According to court papers, Ortiz’s insurance denied payment. The reason stated was the helicopter ride was “medically unnecessary.”
Ortiz was on the hook for the $33,000 bill.
Ortiz says she went round and round trying to lower the price, but wasn’t getting anywhere. Her house was her only real collateral.
"I started getting nervous about losing our home, because that's where we live,” she said.
Around 400,000 people are airlifted by helicopter to the hospital each year.
Attorney Allyson Snow settled Ortiz’s case and has handled several air ambulance cases in San Diego County.
"When you get one of these bills for over $30,000, which a lot of time exceeds what a surgeon charges at the hospital for emergency charges, it’s pretty daunting and shocking,” she said.
Maryland Insurance Commissioner Al Redmer said for-profit air ambulances charge an unrestricted fee.
“They’re collecting the reimbursement [that] the insurance carrier will provide them, and then they are balance-billing their patients,” he said.
Redmer’s office has been looking into complaints about air ambulance bills.
Across the country, air ambulance companies fall under the federal law that deregulated fares for the airline industry.
"Because they’re unregulated, they can send a bill for almost any amount that they want,” Redmer said.
Air Methods Vice President Paul Webster said his company saves lives daily.
Air Methods owns and operates the company that flew Ortiz’s son to the hospital.
In an interview with ABC News, Webster says they set the rates based on things like low reimbursements from Medicare and Medicaid, the cost of operating the helicopter base, and cost of always being on call. He says they are ready to respond at all hours of the day – every day of the year.
Webster dismisses accusations of price gouging, standing behind the high level of care offered in what’s essentially a flying emergency room.
He says they work with customers based on what they can financially afford to pay and will work with their insurance companies
"We will discount sometimes up to 100 percent the balance of their bill,” Webster said.
He says the majority of their customers are covered by Medicaid, Medicare or uninsured.
On about 70 percent of their transports, Webster said Air Methods only receives about $4,000 in reimbursement for a transport that costs around $10,500. They’re losing money, but it’s a necessary service, he said.
"We have a bill in Congress right now trying to pass Medicare legislation to address the issue,” he said.
The California Department of Insurance tells Team 10 they have received several complaints about air ambulance bills.
If you’ve need help with your air ambulance bill, they suggest calling the consumer hotline.
RELATED: 911 response times too slow
Scripps Only Content 2016