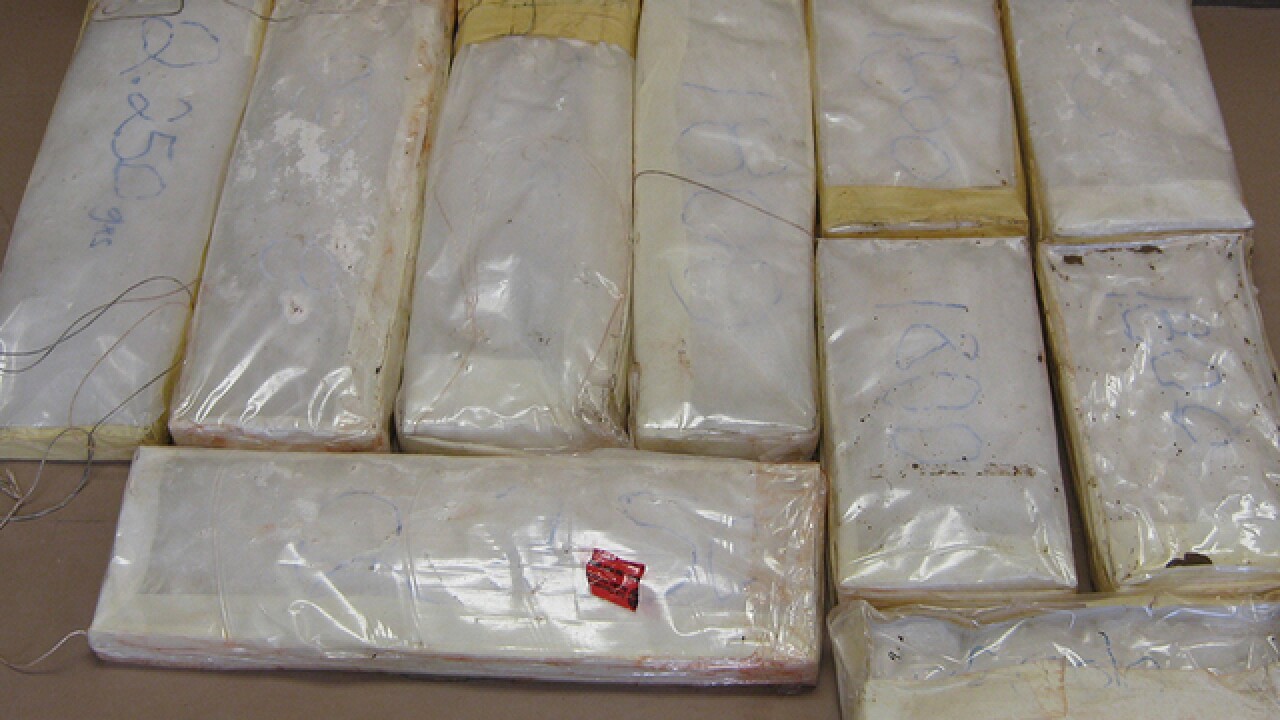 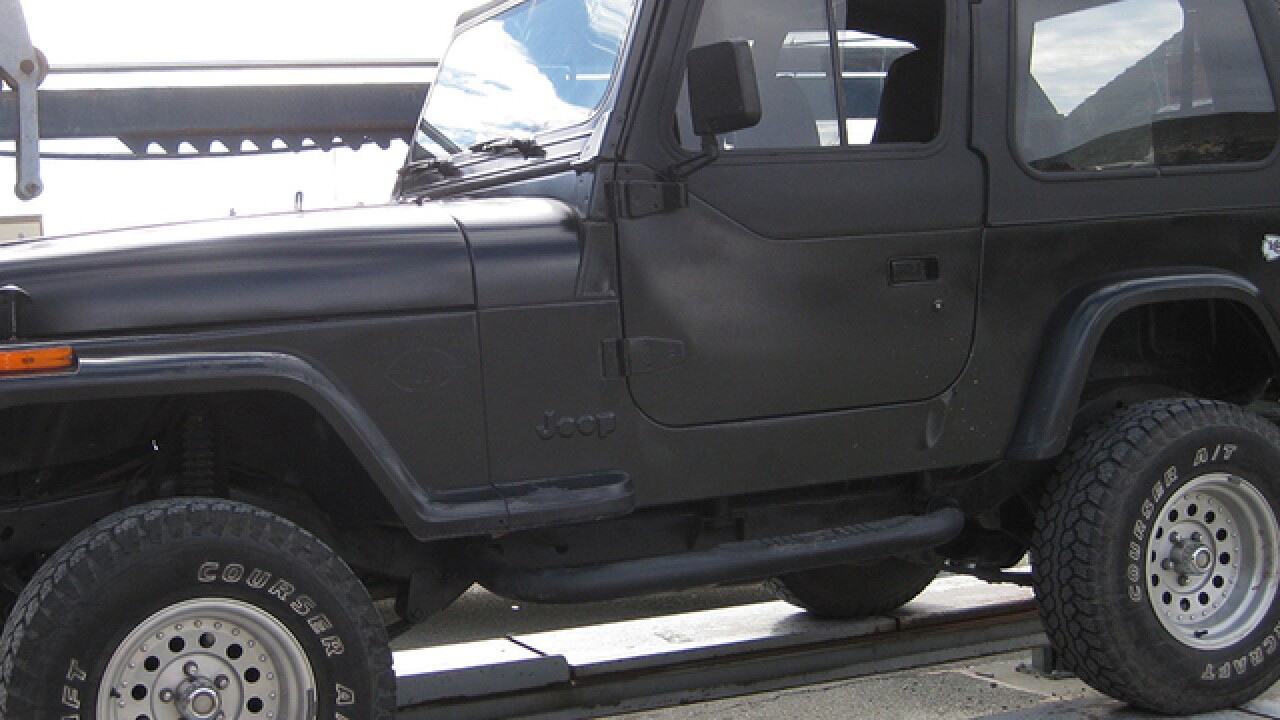 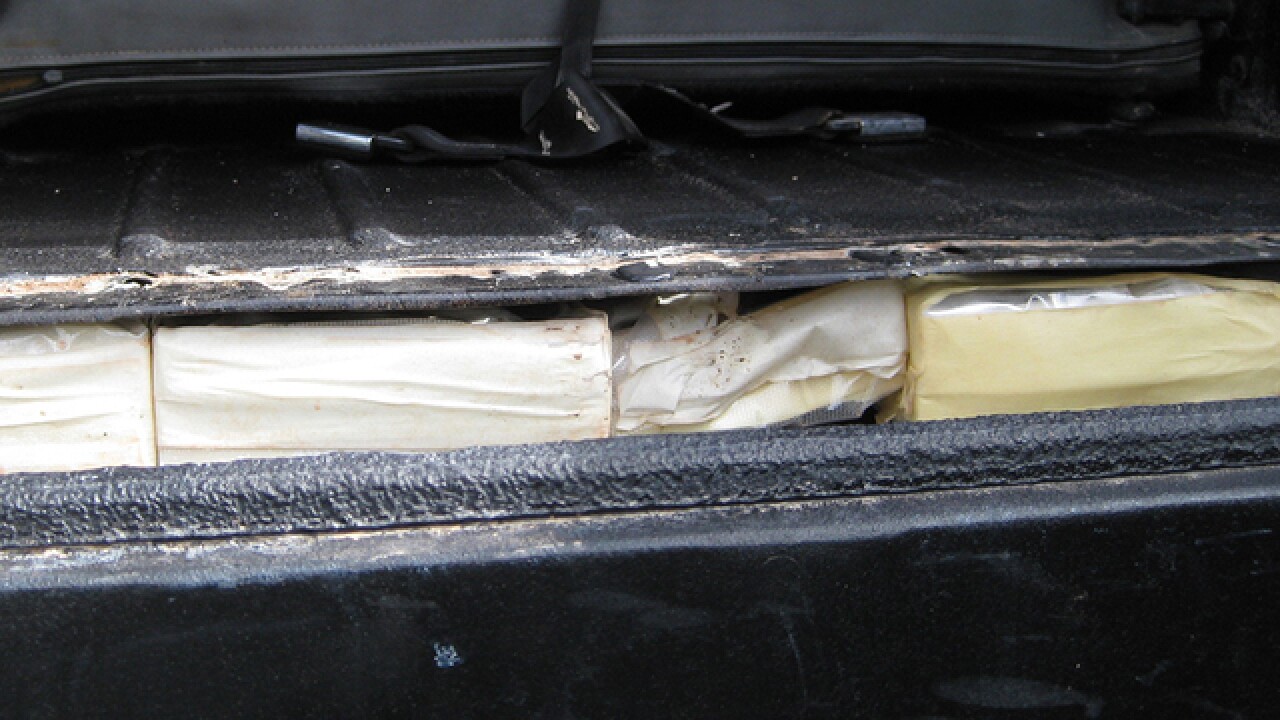 PINE VALLEY, Calif. - A man and a woman face charges after an estimated $456,200 worth of methamphetamine was found in a secret compartment in a Jeep they attempted to drive through a Border Patrol checkpoint near Pine Valley, authorities said.

A drug detection dog tipped off agents to the pair as they rode a 1995 Jeep Wrangler into the checkpoint on Interstate 8 around 11 a.m. Wednesday, and the vehicle was flagged for further inspection, according to a statement from U.S. Customs and Border Protection.

Agents subsequently found 10 bundles containing 46.52 pounds of meth stashed in an aftermarket compartment in the undercarriage of the vehicle, according to the federal agency.

The driver and passenger were arrested on suspicion of possession of the methamphetamine; the drugs were seized along with the Jeep. The suspects' names were not immediately made public, but authorities said they were both 20-year-old U.S. citizens.