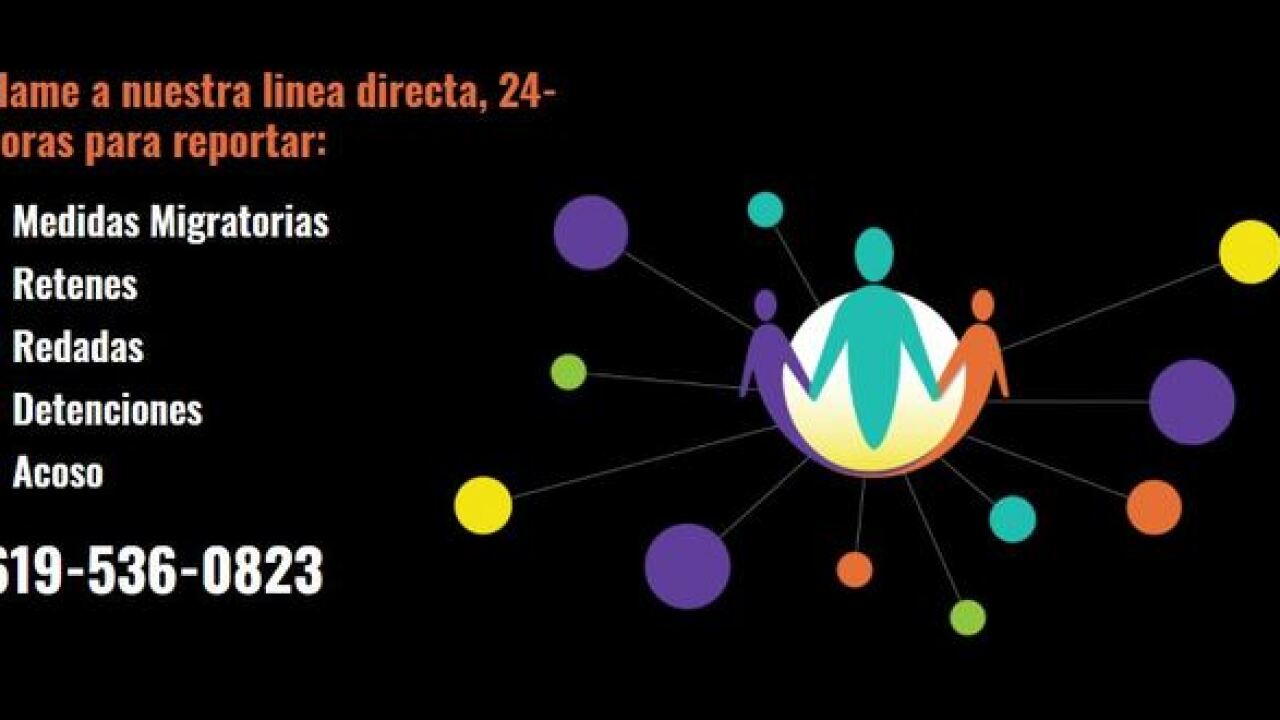 Copyright 2017 Scripps Media, Inc. All rights reserved. This material may not be published, broadcast, rewritten, or redistributed.
Estrada, Marie 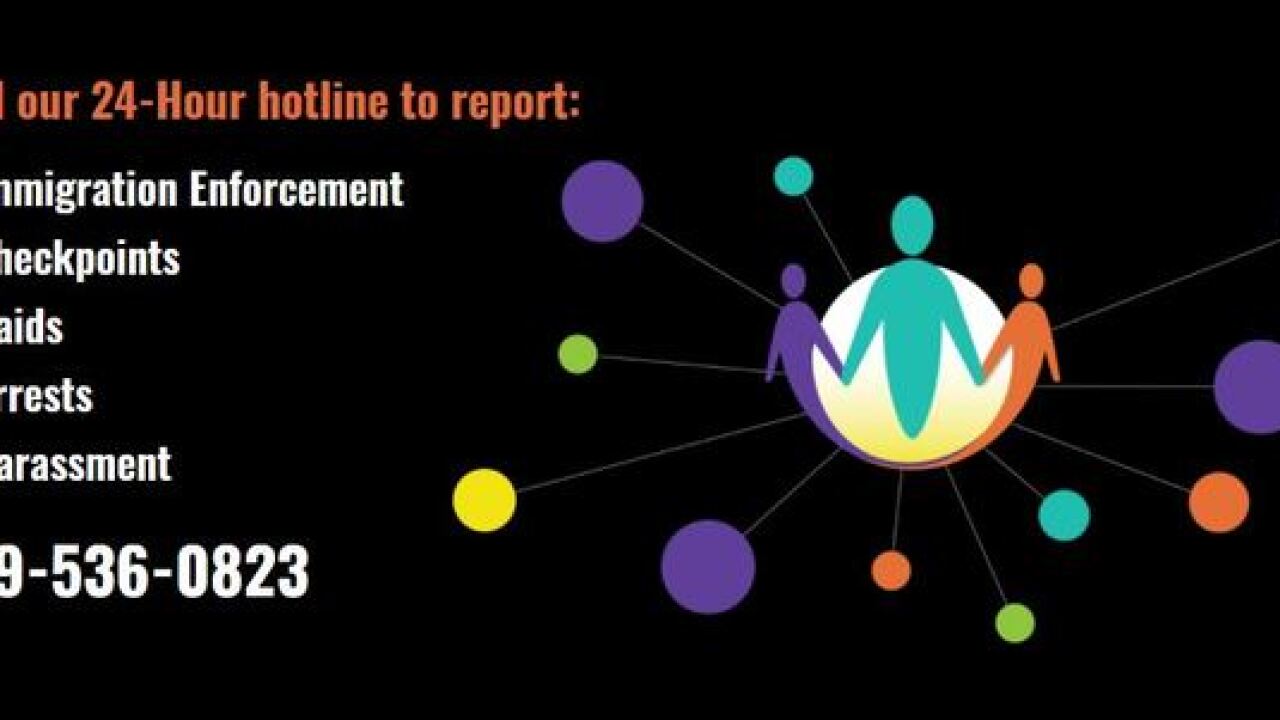 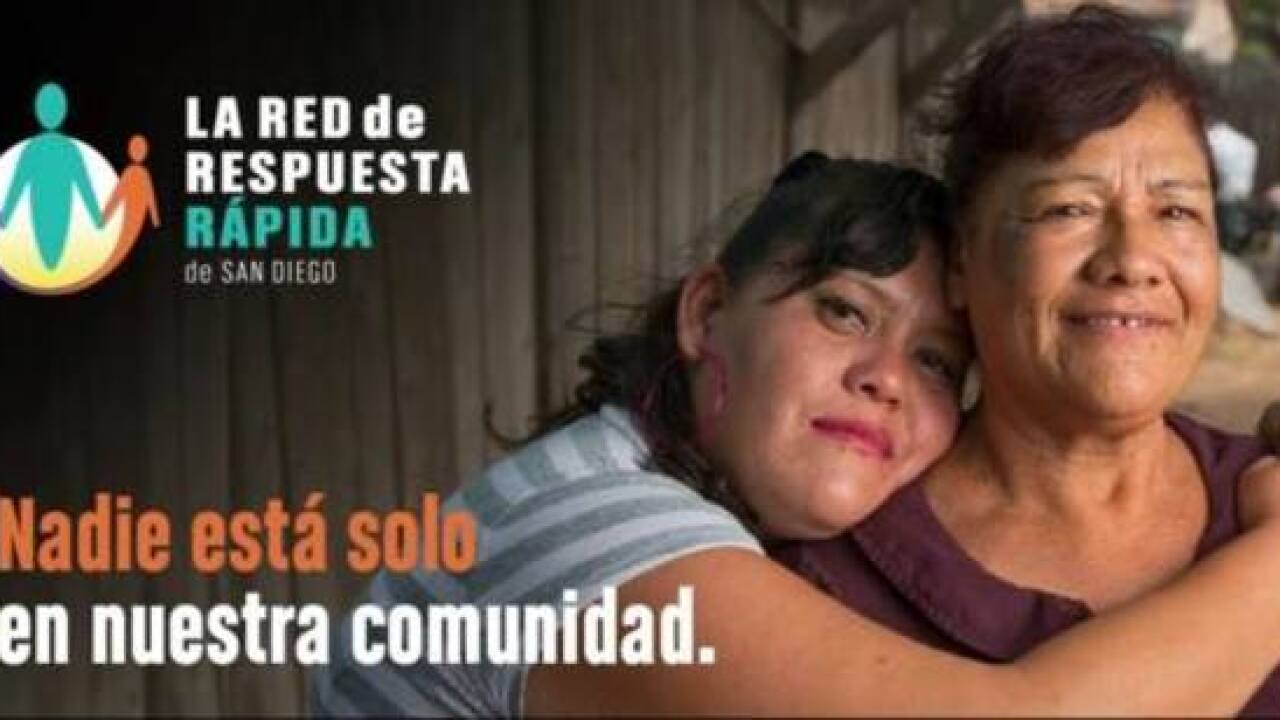 SAN DIEGO (KGTV) -- San Diegans are giving in a big way, pledging to protect families by volunteering for a 24-hour hotline.

Volunteer responders gathered at Saint Jude’s Shrine of the West near Barrio Logan to pledge their commitment to protecting community members who are undocumented.

They will operate the hotline to document and report immigration enforcement activity and provide emergency assistance for families affected.

“This country has flourished with each generation of newcomers because immigrants bring with them innovation, vitality, resilience and strength,” said Norma Chavez-Peterson, executive director of the ACLU of San Diego. “The San Diego Rapid Response Network helps to defend those values. We urge everyone to join this effort whether it’s by volunteering, monitoring immigration enforcement activities in your communities or sharing information about the Rapid Respond Network with anyone you think may be affected.”

There are two other groups like this in Los Angeles and San Francisco, but this is the first of its kind in San Diego.

Anyone can call the 24-hour hotline at 619-536-0823 to report immigration enforcement activity, including:

Trained volunteer dispatchers will verify reports and announce false alarms to dispel rumors. If immigration authorities detain an individual, responders will connect the family with non-profit and volunteer immigration attorneys to assist with legal representation.

In the coming weeks, volunteers will go door-to-door to inform local families of newly available resources. The Rapid Response Network will also offer regular workshops in 2018 to train more volunteers and educate immigrant families about their rights.

So far more than 150 community leaders have received training to become rapid responders and dispatchers.

“Each person volunteering for the Rapid Response Network has shown tremendous courage, heroism and dedication to the belief that no person deserves to live in fear of separation from their family,” said Katia Ortiz, rapid response coordinator with the San Diego Organizing Project. “Now, we have a new way to stand united and share resources that empower us to take care of each other.”

Local grassroots leaders say many of San Diego’s immigrant communities feel terrorized and afraid to call the police for assistance. According to government figures, Immigration and Customs Enforcement (ICE) arrests increased by 25 percent this fiscal year compared to last year.