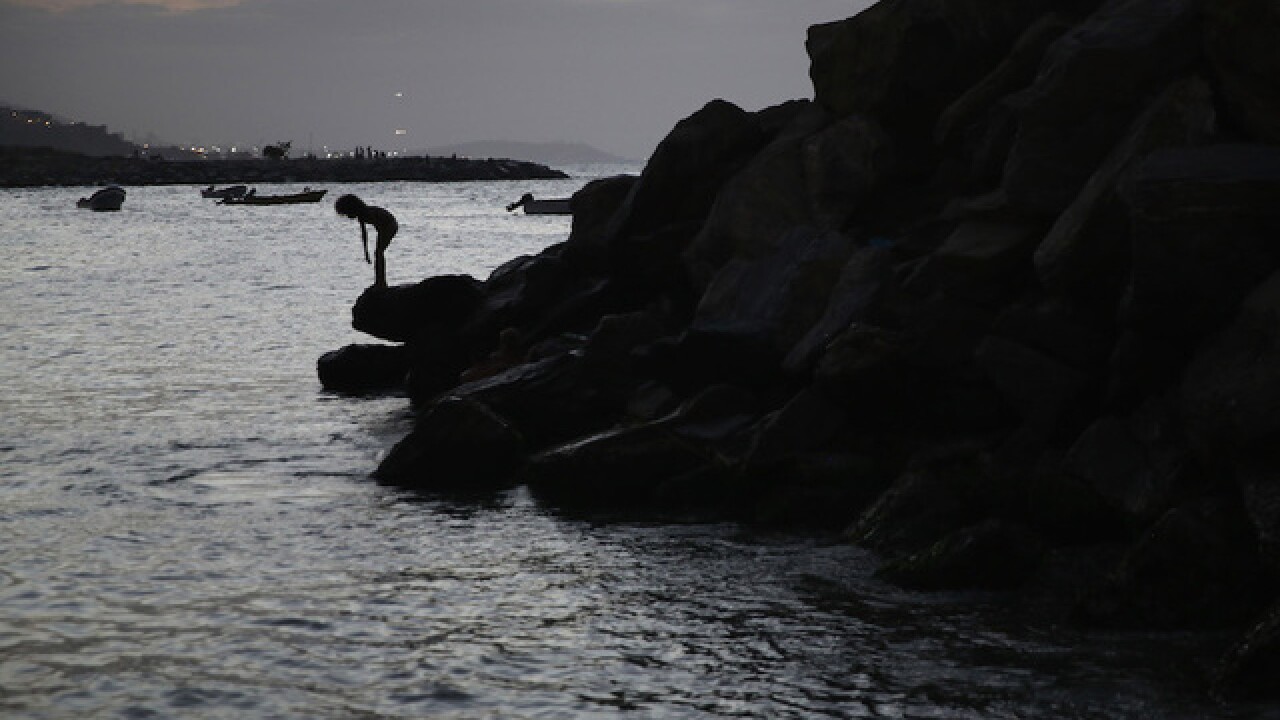 Copyright Getty Images
John Moore
<p>A child bends towards the sea during the Carnival holiday at the beach on March 3, 2014 in Macuto, Venezuela.</p>

A magnitude 7.3 earthquake struck Tuesday near Yaguaraparo, off the northeastern coast of Venezuela, according to the US Geological Survey.

Stefano Pozzebon, a journalist in Caracas, told CNN he felt shaking for at least one minute, and a seven-floor building he was in was evacuated.

No damage and no tsunami warning were immediately reported.

Irald Cabrera, a translator for a tour company in Güiria, further east on the northern coast, told CNN that the earthquake lasted about a minute, with three aftershocks shortly after. The city is 43 miles from the epicenter of the quake.

Cabrera, 34, said he is used to seismic activity, but this was different.

"This one was strong, and we were afraid," he said.

It was felt as far away as Caracas, about 375 miles west.