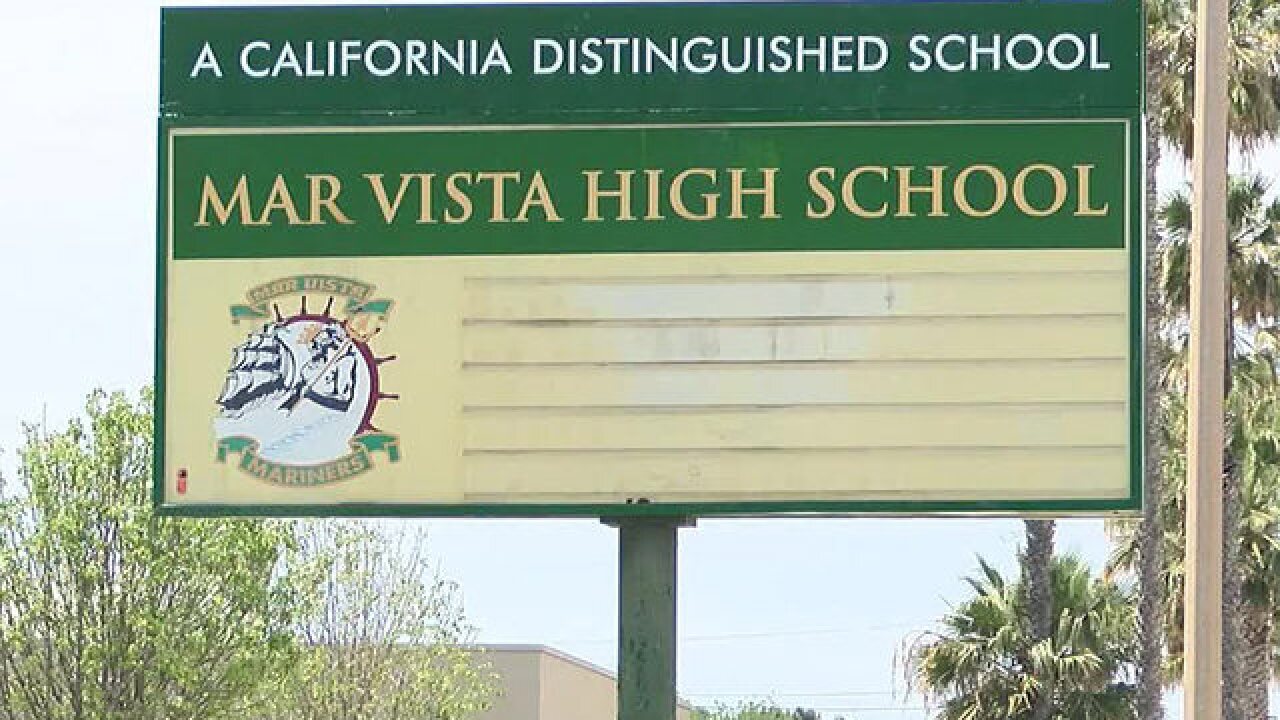 IMPERIAL BEACH - Mar Vista High School is the center of attention again this week after details are surfacing about a third staff member arrested on sex-related charges.

10News has learned that 20-year-old Alejandro Rodriguez was arrested March 9 on four felony counts of copulation with a person under 18 years old. The victim is a Mar Vista student, police confirmed.

Rodriguez' was not hired by the district, but is an after school tutor, police said.

The information came from the district attorney's office, which stated Rodriguez was arraigned on March 11 and posted bail. His next court date is May 3.

This is the third high school staffer that has faced arrest in the past month and a half.

Earlier this week, one of the high school's coaches, 27-year-old Edward Aaron Mendoza, was arrested and accused of sexual contact with a student. He is facing multiple counts of child molestation.

Mendoza, who worked as a walk-on assistant football coach at the school last fall, was taken into custody Tuesday outside his workplace in Chula Vista. He is suspected of engaging in sex acts with a ninth-grade girl for roughly six months.

The alleged crimes were reported after the student's father discovered his daughter was having "extensive phone conversations with Mendoza and was having an inappropriate relationship with him," Lt. Dan Brislin with the San Diego Sheriff's Department said.

Mendoza has not worked at the school since December when the campus football season ended, according to Sweetwater Union High School District spokesman Manny Rubio.