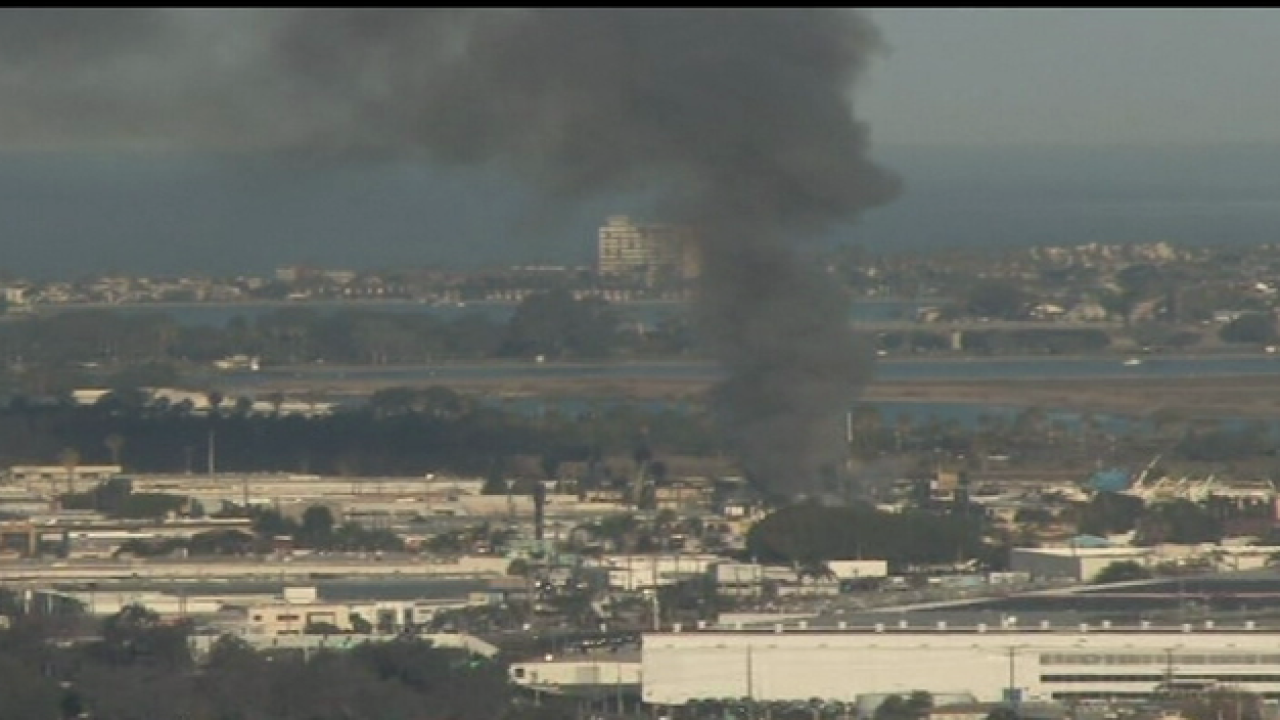 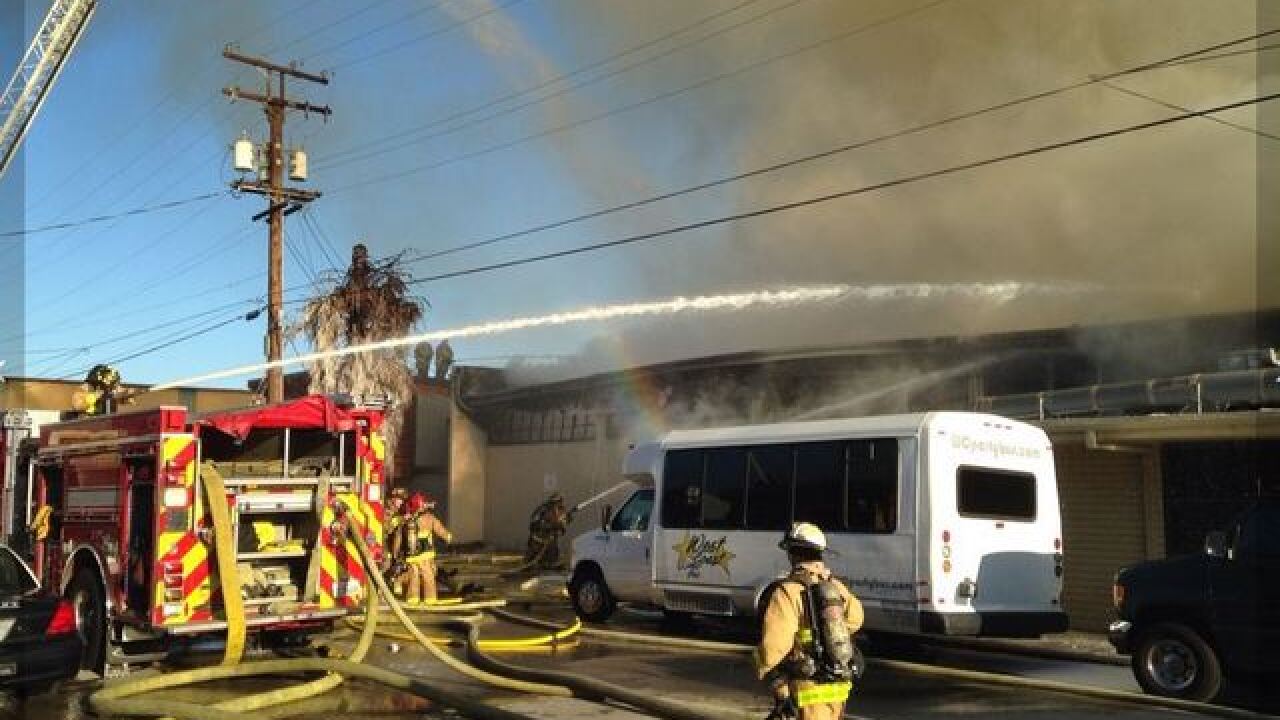 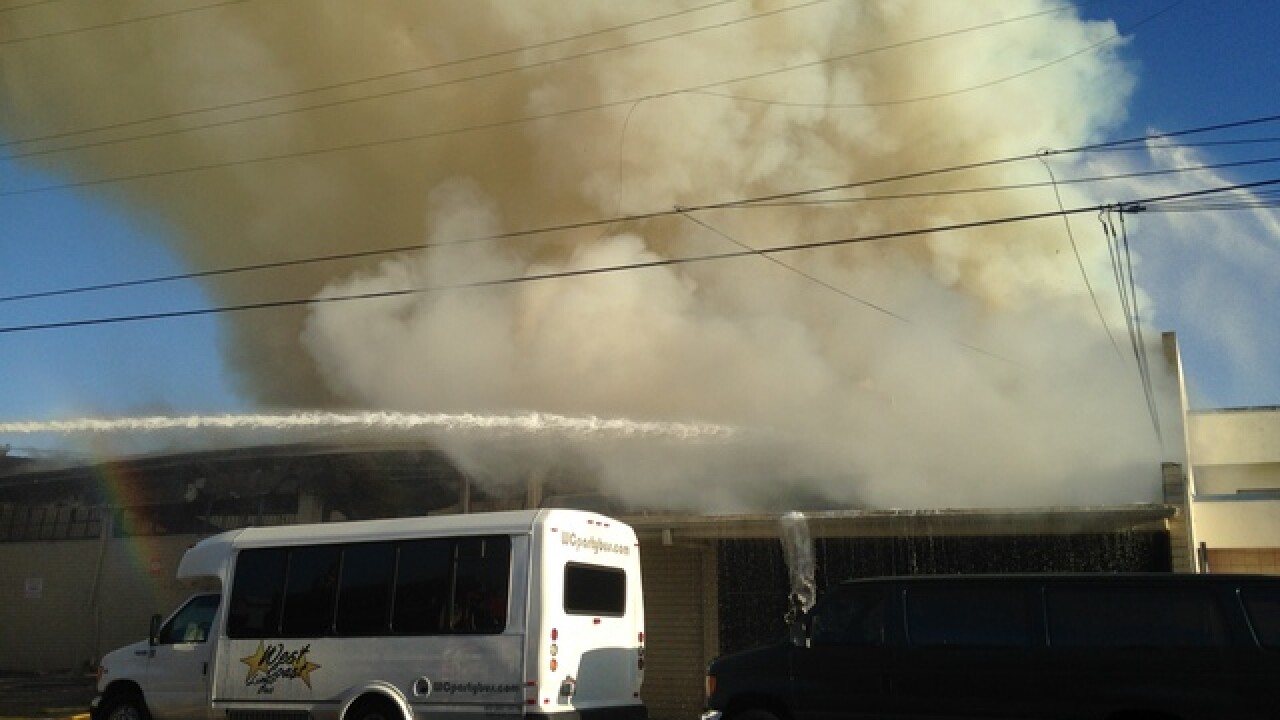 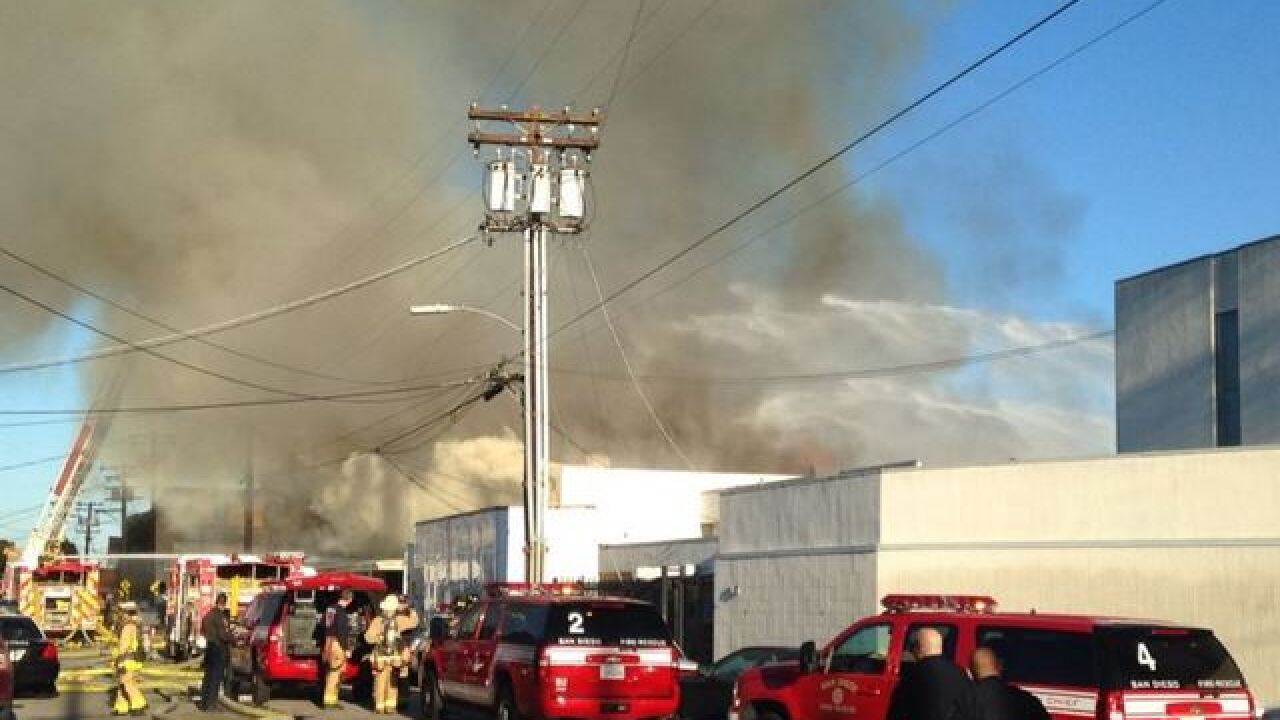 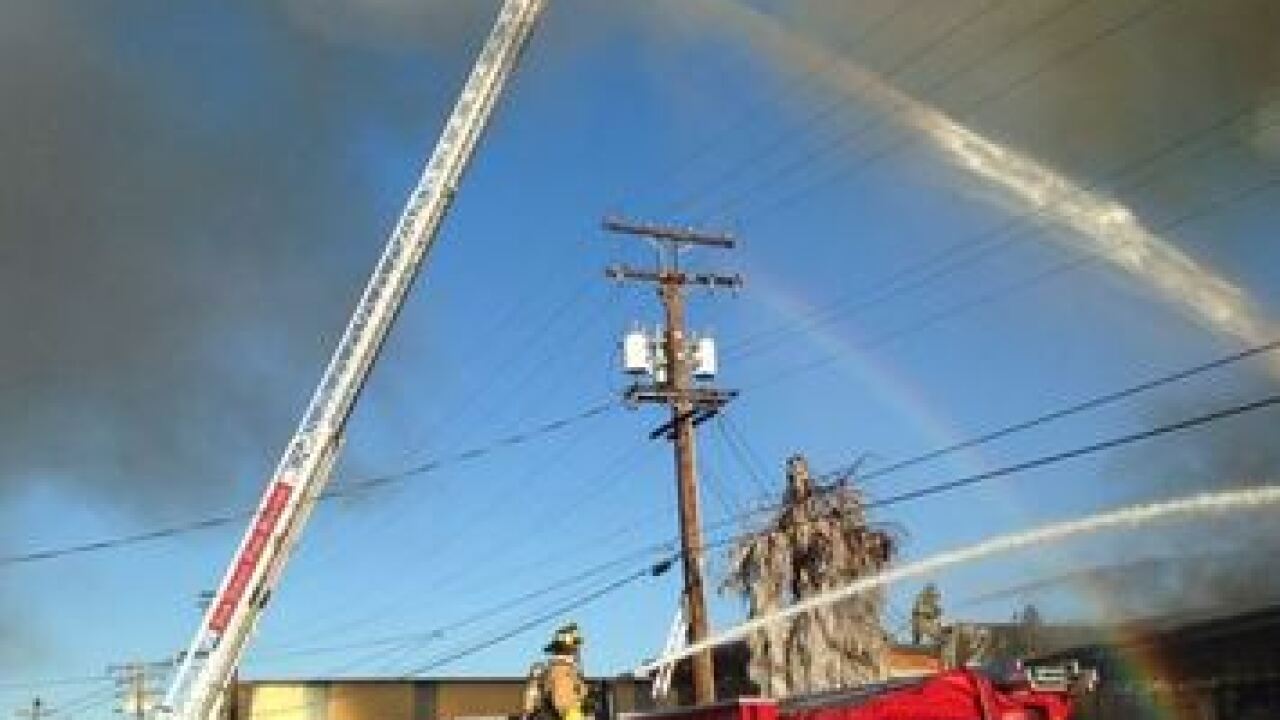 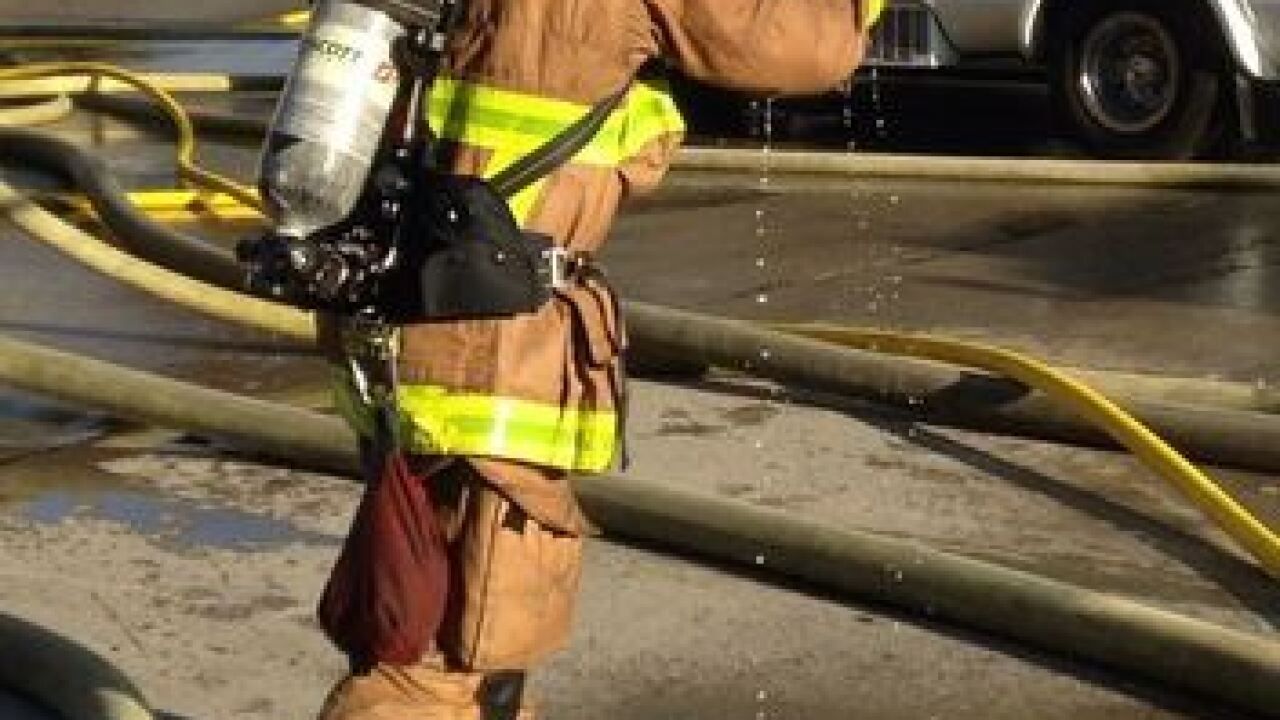 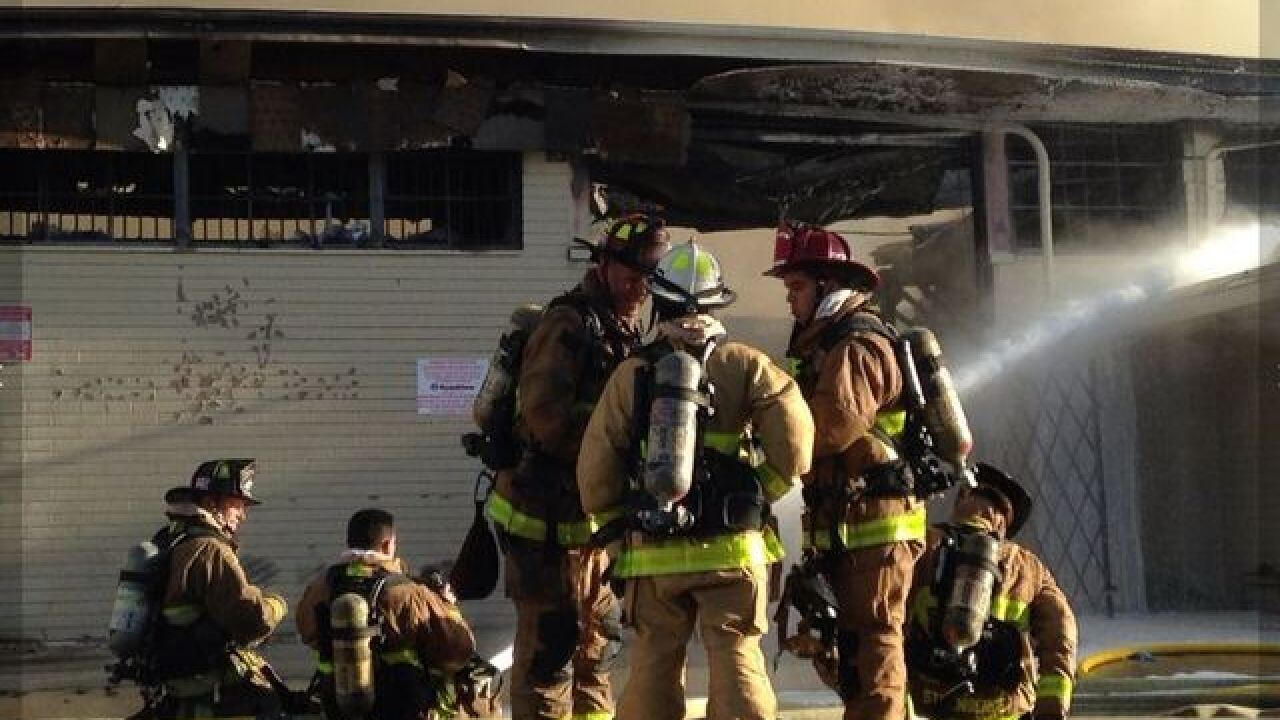 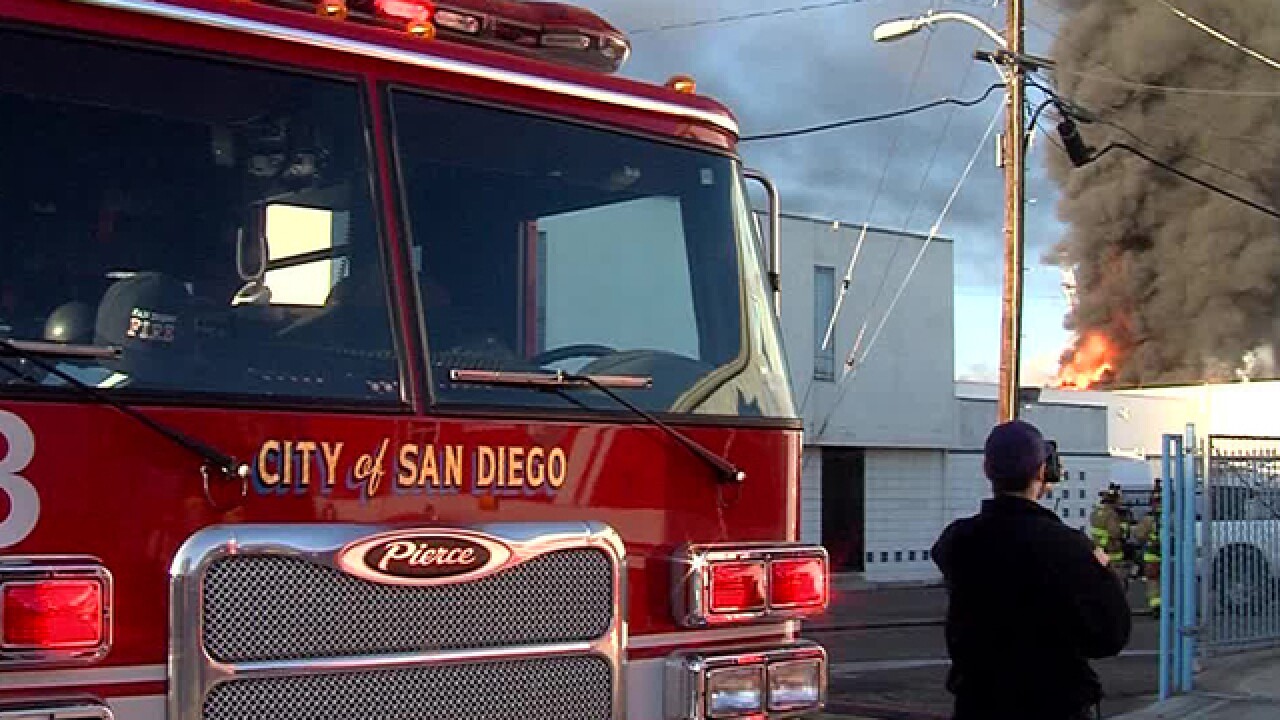 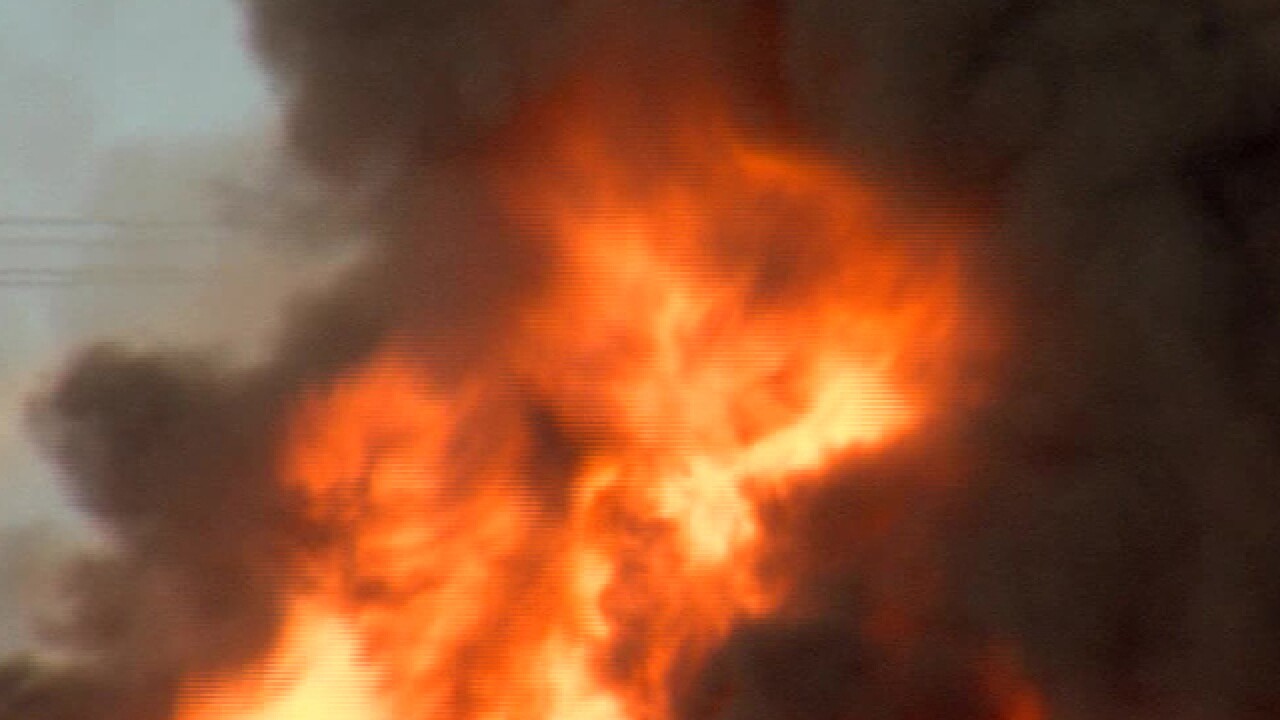 SAN DIEGO - A two-alarm fire that destroyed a large warehouse in the Midway District Wednesday and sent up smoke visible for miles caused $1.2 million in damage, according to the San Diego Fire-Rescue Department.

It took firefighters more than 90 minutes to knock down the flames in a 10,000-square foot concrete building on Hancock Street near Sherman Street, SDFRD Capt. Joseph Amador said.

The blaze broke out about 7:30 a.m. in a structure believed to contain five businesses, and contained cars, packaging material and what appeared to be a boat repair shop, Amador said.

Firefighters immediately decided on a defensive response, sending no firefighters into the building because they were unsure what was inside. A firefighting helicopter was called in for air support. The 11,000 square foot warehouse houses a handful of small businesses.

Amador said narrow streets and overhead power lines hindered the effort 70 firefighters' efforts to extinguish the blaze, but it was knocked down at about 9:15 a.m.

Hancock, a one-way street, was shut down to Rosecrans Street.

Rian Mattes, who sells machine tools, lost his business in the fire. Mattes said he just moved into the building in November and does not have insurance.

According to Amador, fire investigators remained on scene at mid-afternoon trying to determine the cause.