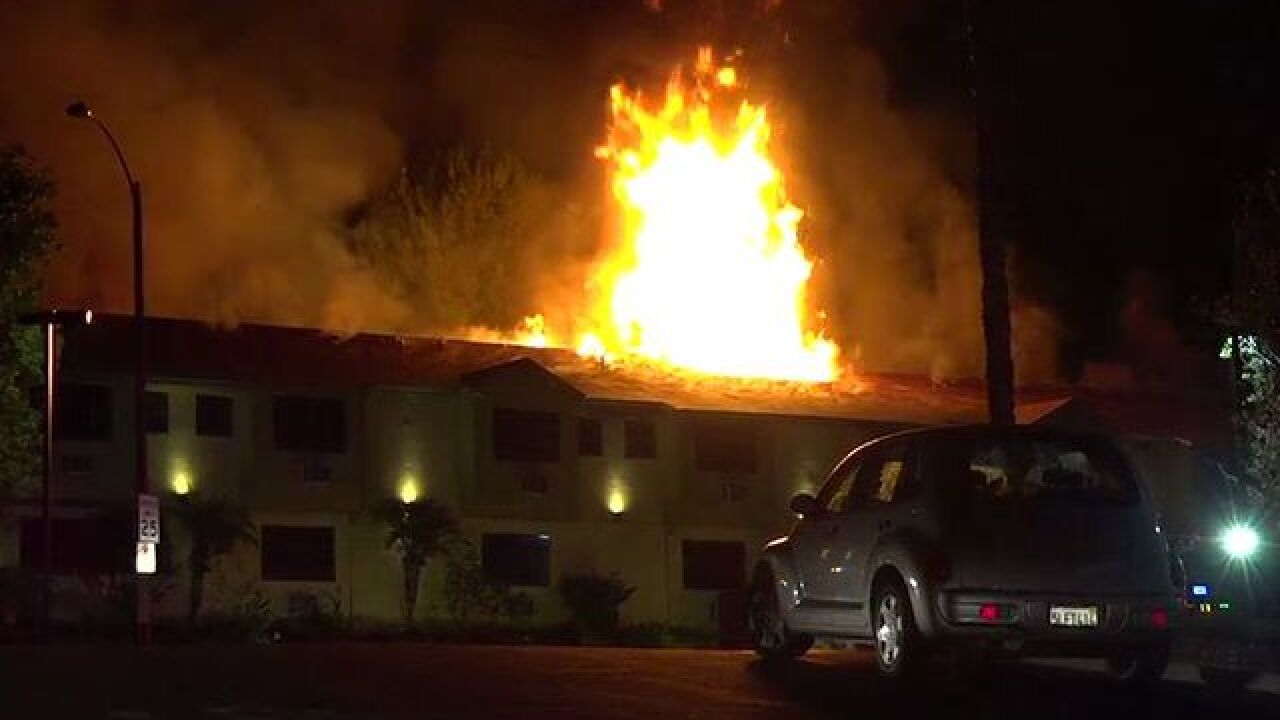 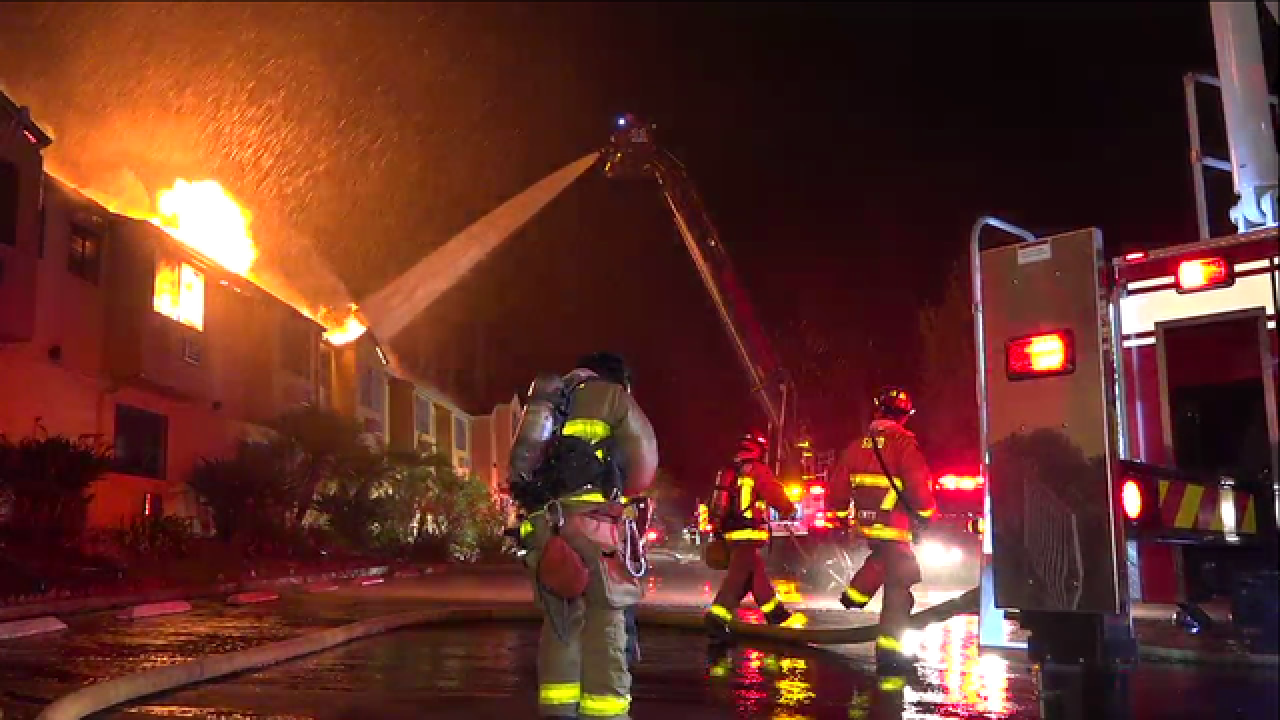 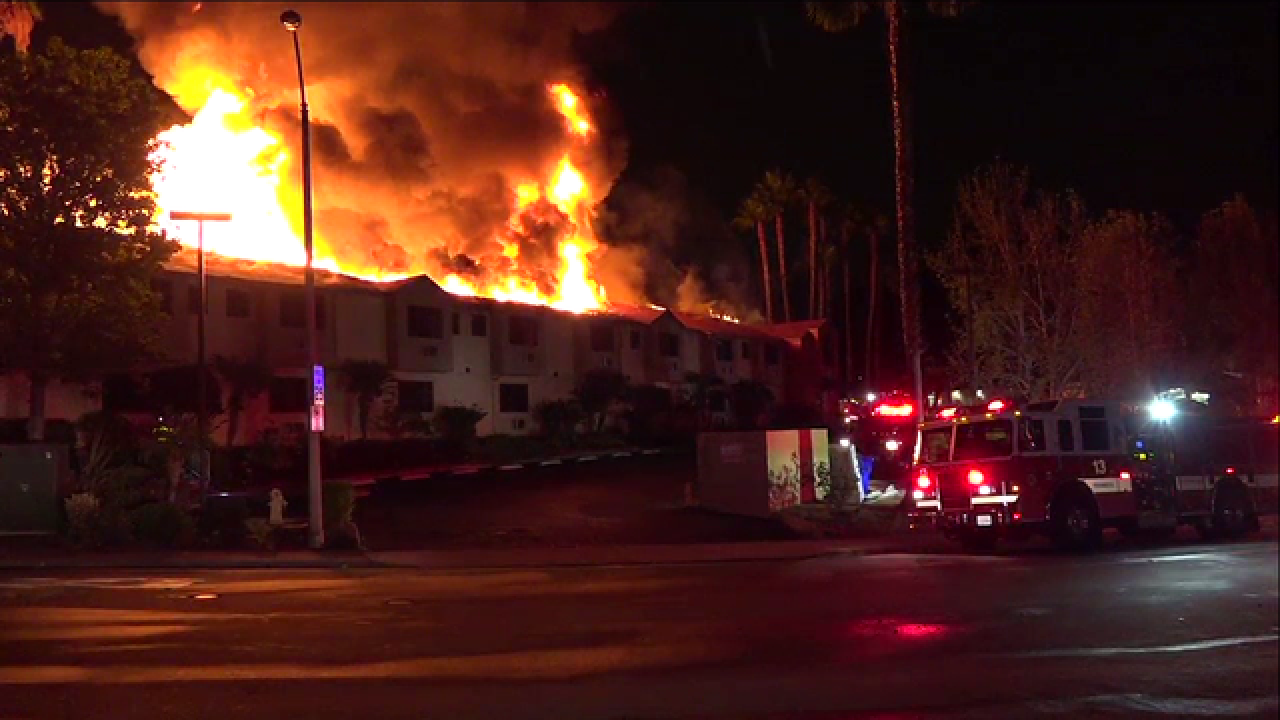 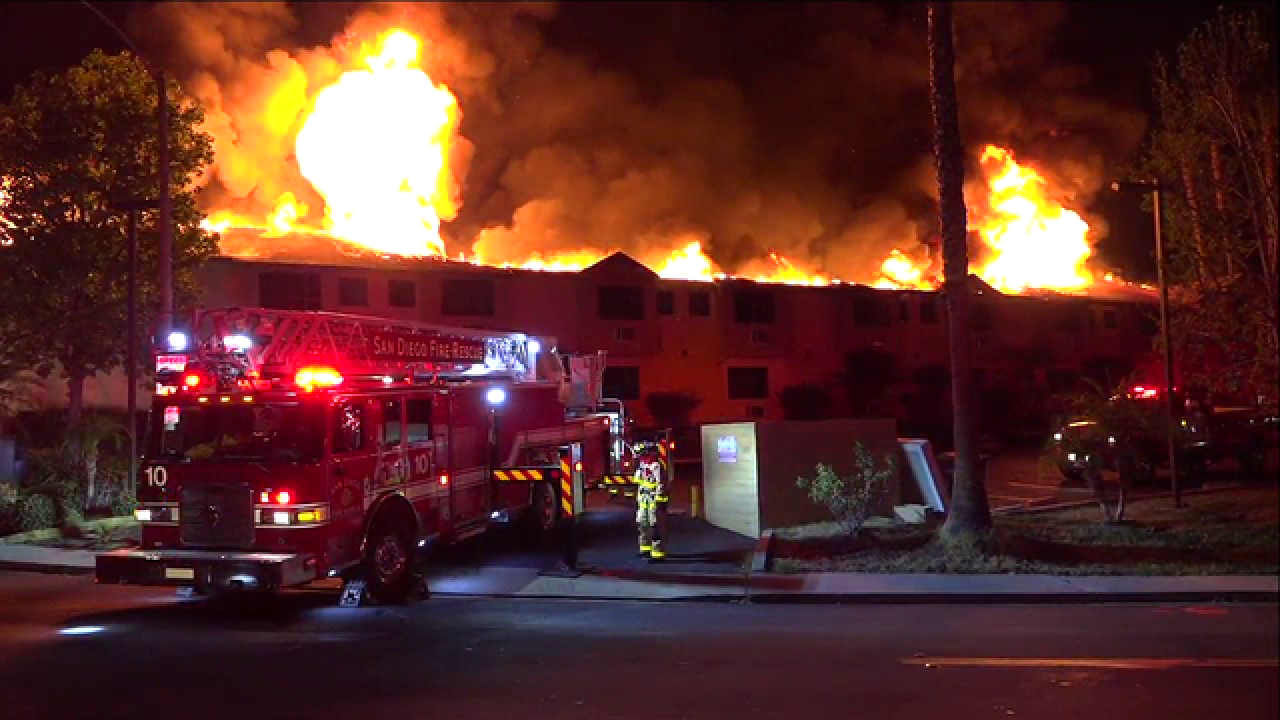 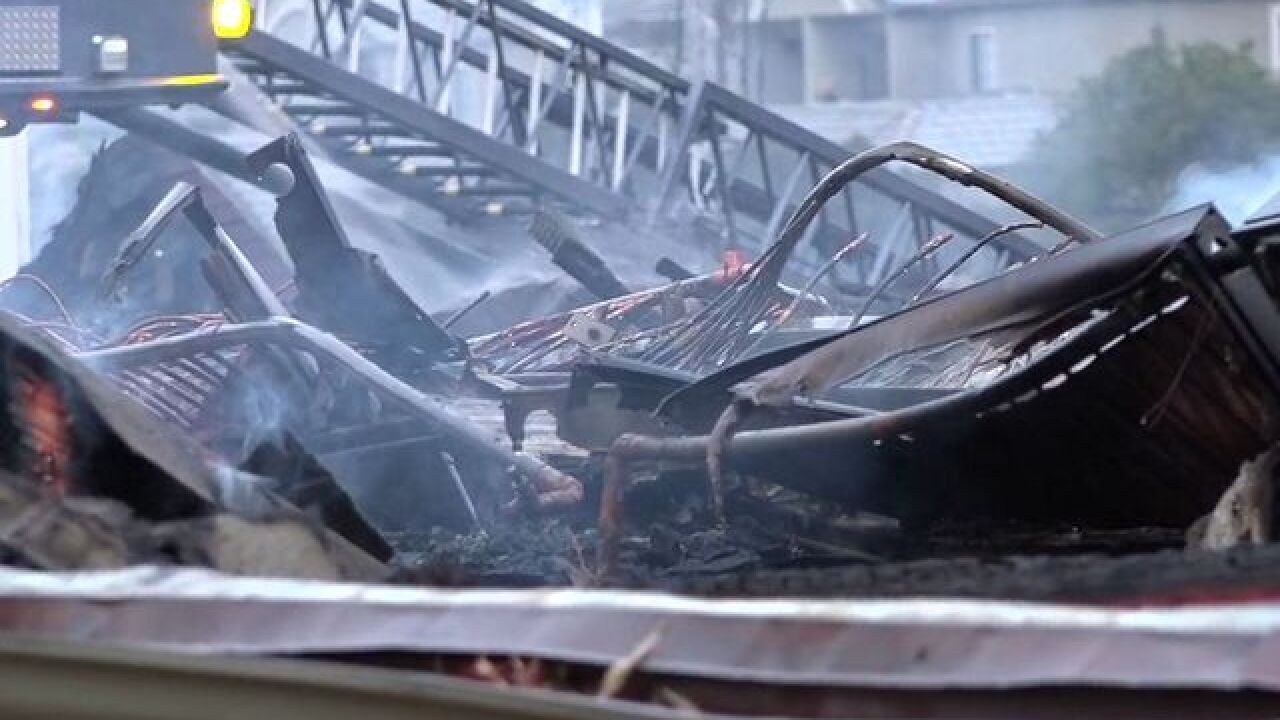 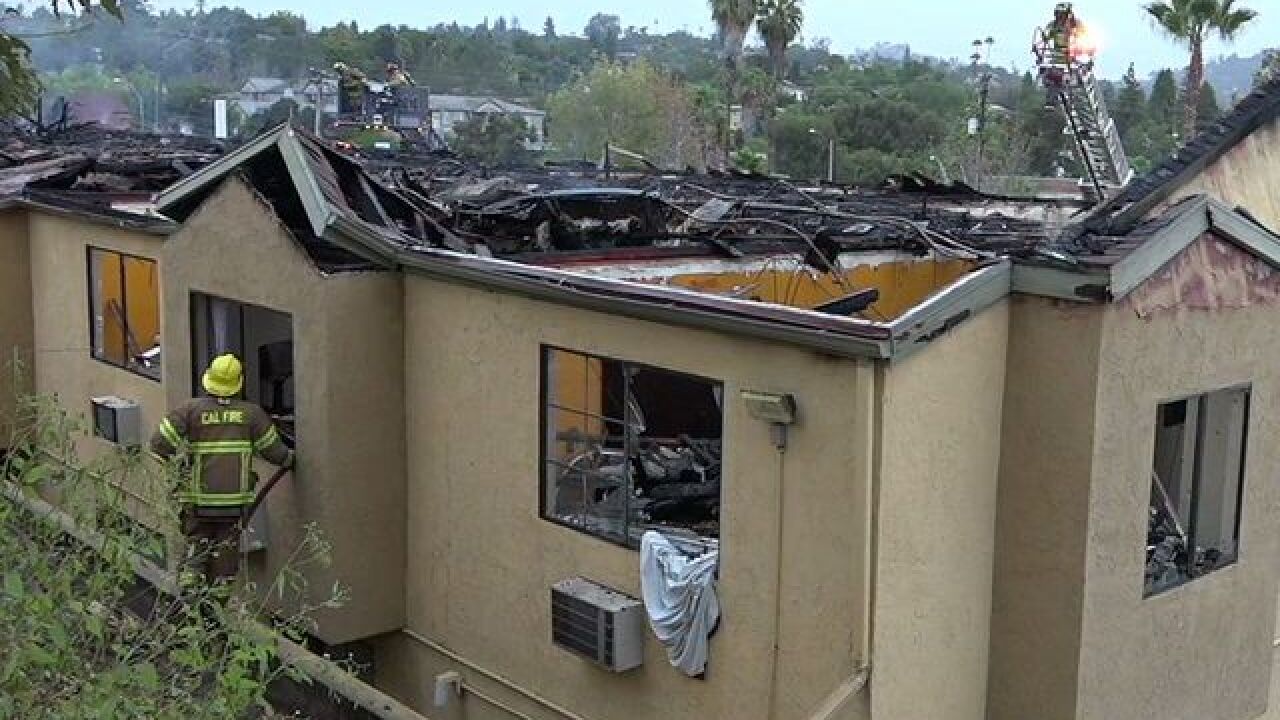 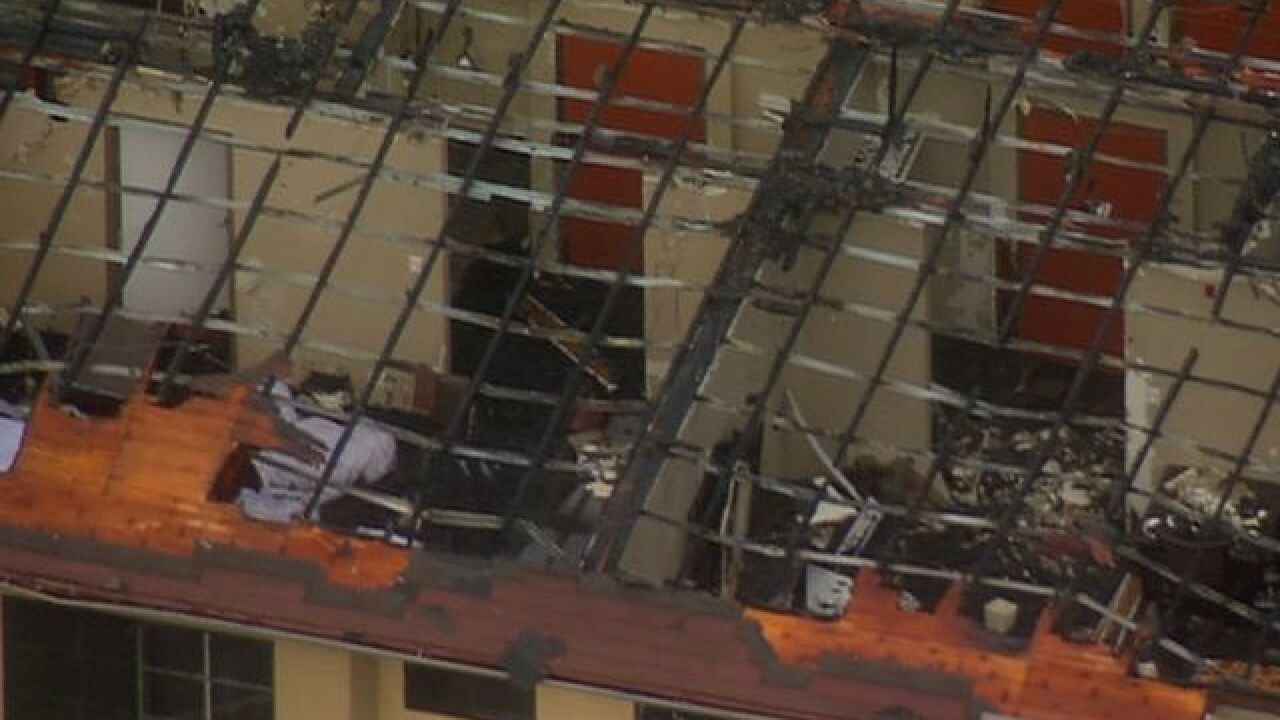 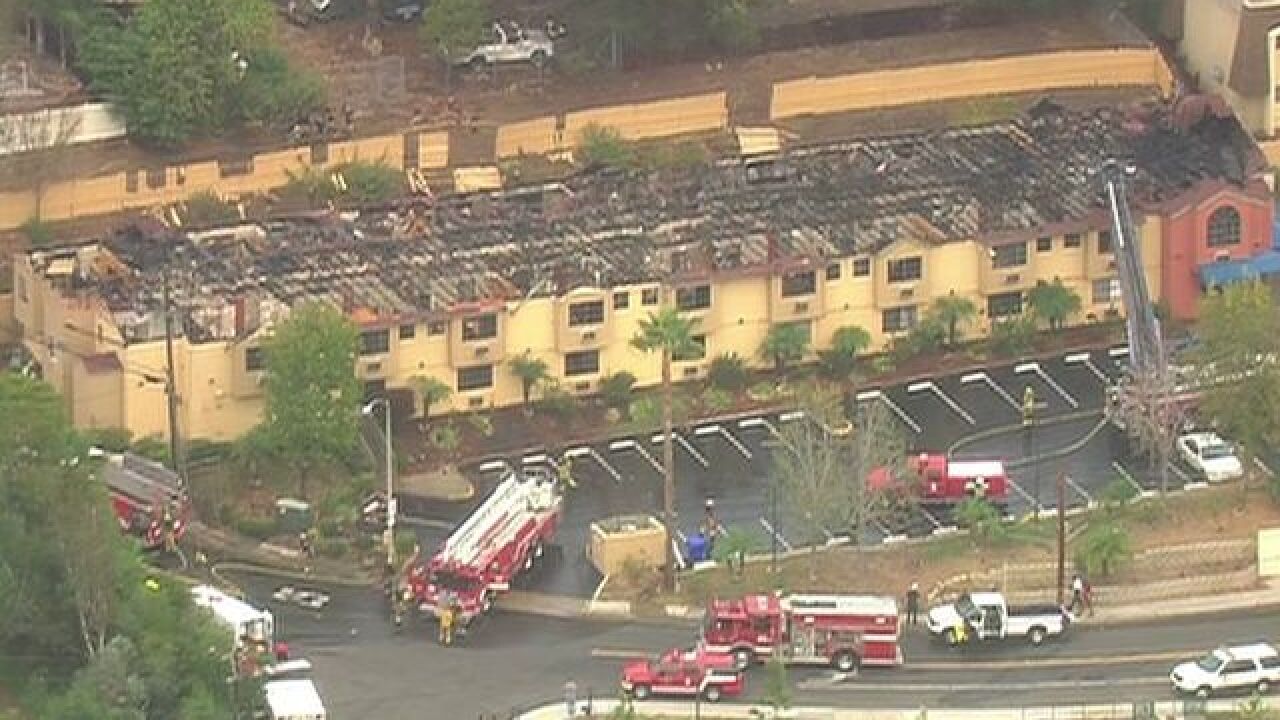 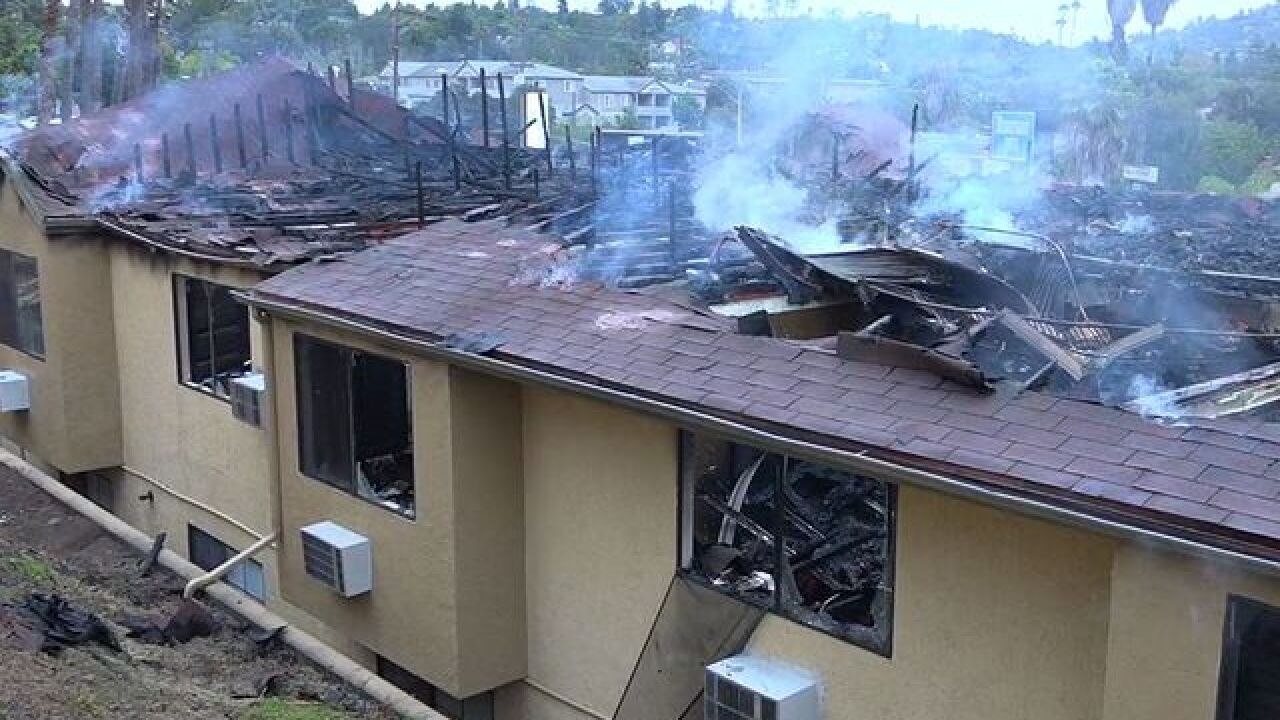 Guests sprinted out of their rooms to escape a massive two-alarm fire that ripped through the Rodeway Inn in La Mesa early Tuesday morning.

The fire broke out at the motel, located at 4210 Spring St., before 4:45 a.m. Intense flames could be seen shooting from the two-story building.

Heartland Fire & Rescue, Cal Fire and San Diego Fire-Rescue crews responded and had the bulk of the fire knocked down by around 5:30 a.m. HF&R Chief Rick Sitta said there were no injuries to guests or firefighters. The roof of the motel collapsed during the firefight, Sitta said.

Authorities said the fire started on the second floor and coursed through the attic space in a flash. Seventeen motel rooms were occupied when the fire broke out, and several guests told 10News they ran out with no time to grab their belongings. The family that owns the motel was there when the fire started and assisted in knocking on doors, waking up guests and getting them out.

Luis Lopez, who was awakened by smoke, said, "I didn't hear [any] alarms go off; there was alarms going off in the hallways but I didn't hear none of this. I woke up with smoke in my room coming from the ceiling. I was on the second floor. It was pretty bad."

Lopez added, "I just picked up some of my stuff and ran, but I left my car keys and some of the stuff inside my room."

Les LaCuesta had to get dressed, and then hobbled to safety on his cane with about 60 seconds to spare.

"When I went out, after one minute the flames -- whoosh. Was one minute, we're all like, 'Wow!'" LaCuesta said.

Guests were taken to a nearby Denny's restaurant to get assistance from the Red Cross.

The fire may have started in a second floor attic, officials at the scene said, but that was not confirmed. The circumstances and cause of the fire remain under investigation.

The motel was declared a complete loss. Damage was estimated at $1.5 million.

Fire Marshal Chris Jensen of Heartland Fire told 10News, "We are looking into that as part of our investigation; the variety of people we spoke with -- some said they heard alarms within their room, others did not."

Fire investigators will wait at least a day to begin probing the rubble to find where and how it ignited. The hotel has massive structural damage from the roof collapse, as well as heavy water damage, both from fighting the fire and the storm that lasted into the afternoon.