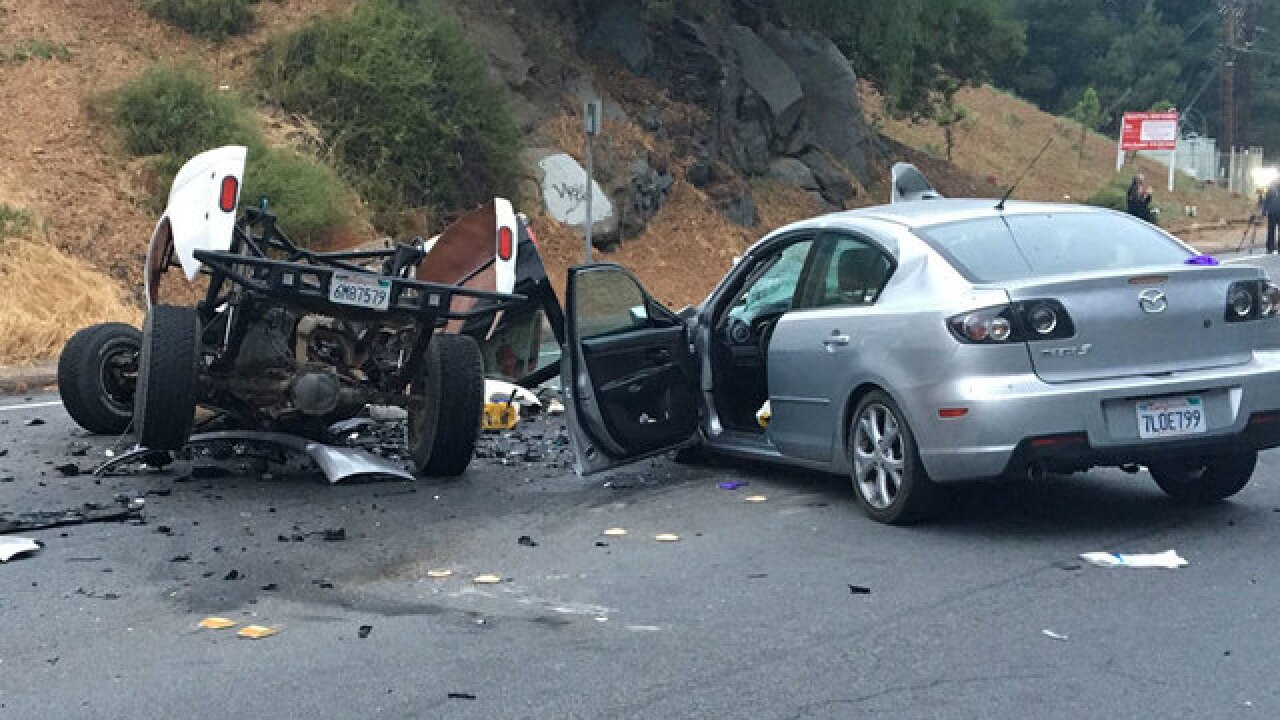 EL CAJON, Calif. (KGTV) - A man was killed and two others were injured in an early morning head-on collision on an El Cajon street.

The crash involving a Mazda sedan and pickup truck happened shortly before 4:30 a.m. in the 1800 block of Avocado Avenue, near Skywood Drive.

Authorities said the northbound Mazda, for unknown reasons, went into the southbound lanes and collided head-on with the truck.

A male passenger in the Mazda died at the scene. The drivers of both vehicles were taken to the hospital with injuries but are expected to survive.

Avocado Avenue, between Chase Avenue to Fuerte Drive, is expected to be shut down in both directions until 12 p.m.