Now warning others about this devastating phone scam 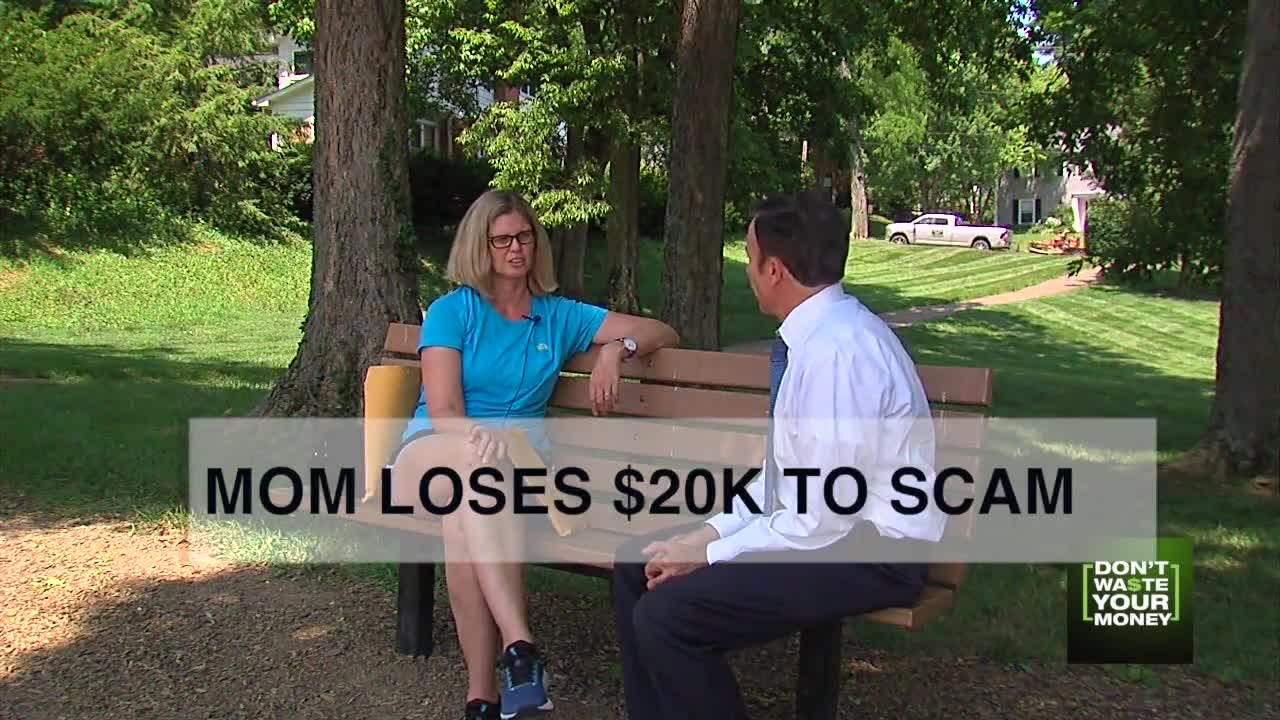 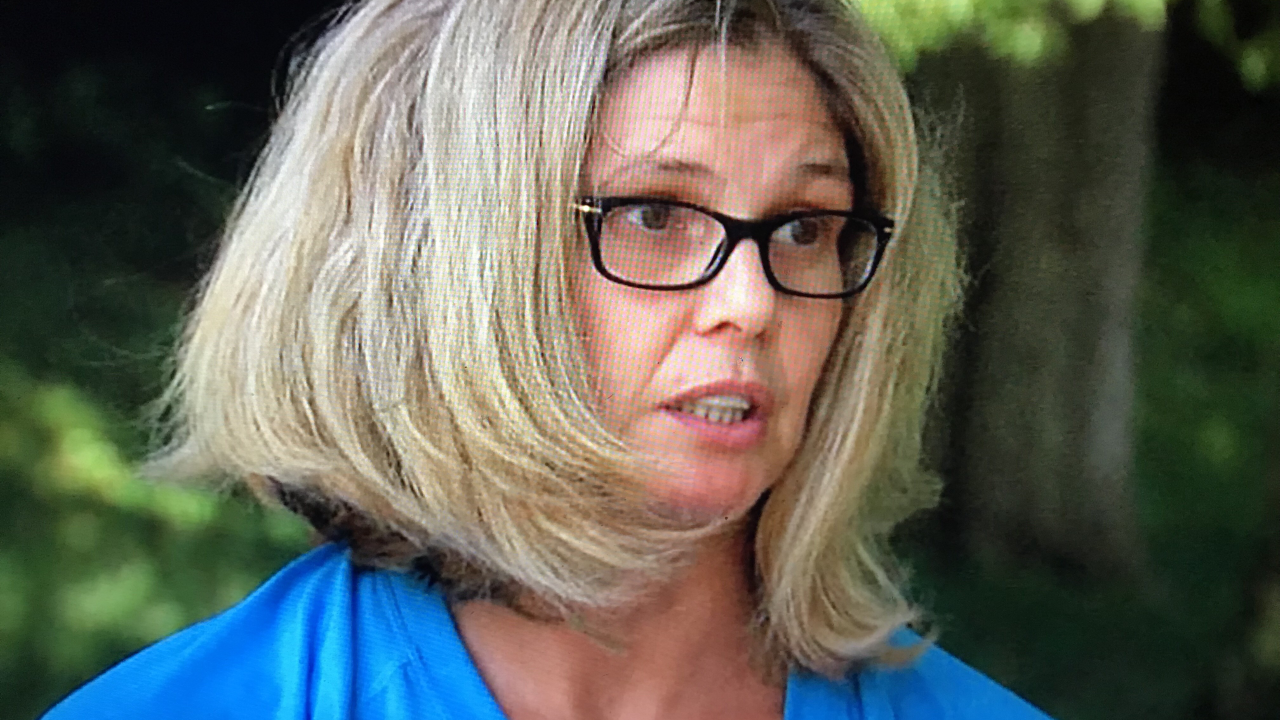 The call came late one morning, and her world changed in an instant.

"The reason for this call is to inform you your card has been suspended for reasons of suspicious activity," the caller said.

"Ann," who agreed to an interview only if we changed her name, says the caller told her she was in trouble with the law.

"He identified himself as an agent. He said my Social Security number was misused, and that I now had 25 bank accounts, I had illegal drug activity, and have a warrant out for my arrest for money laundering," she said.

The mom of three school-aged girls was shaken. She had never had legal trouble before, and here she learned that thieves were using her Social Security number to open multiple accounts and sell drugs — crimes that could land her in jail if she did not act fast.

The caller became more hostile, and told Ann there was no time to discuss her case with anyone, especially her husband.

For Ann to clear her name and avoid arrest, the agent explained she needed to empty her savings account and forward the money to the Social Security Administration, where they would put it in a safe, temporary holding account.

The caller was "very believable," she said.

When the teller asked her why she was withdrawing such a large sum of cash, Ann said, "I lied and told her 'furniture.' "

She was too terrified to let the teller know that a federal agent was on the phone listening to the entire transaction.

Ann said the caller had such influence over her, she didn't even listen to her own daughter, whom she had brought along to the bank.

But calling her husband for advice was not an option.

"The guy said, 'don't tell your husband, you will compromise him,' " she said.

The scammers were very sophisticated. They knew exactly what they were doing. Rather than have Ann go to one store and purchase more than $10,000 in gift cards, they had her go to multiple Target stores and make multiple purchases.

So she drove to the first of three Targets and began buying batches of $800 and $900 Target gift cards.

"They hardly asked me any questions," Ann said.

Every time she got back in her car, she said, the agent asked her to read the card numbers to her.

"He had me read every single card number to him, and then he said 'oh, you can go home now and be with your family,' " she said.

The "agent" had done his job. Ann had read him the numbers off $20,000 worth of Target gift cards, and he had the money.

With the caller finally off the phone, Ann came to her senses and realized she had just fallen for the biggest scam of her life. She called police and filed a report, but it was too late.

"We did a police report, they went through every gift card, but they had already been redeemed."

Tracy Lynge of the Social Security Inspector General's office said agencies are receiving thousands of complaints this year about these calls and said they have overtaken the IRS scam phone calls that targeted people the past several years, claiming that you owe the IRS money.

Almost all the calls are the same, she says.

"They say your Social Security Number has been flagged for suspicious activity," Lynge said.

She said the Inspector General and FBI are investigating these calls, and believe most originate in boiler rooms in India.

"I can say with confidence most of the calls come from overseas and they are large operations," Lynge said.

How to protect yourself

That means these scam calls will continue, until Americans stop falling for them. Lynge said to protect yourself, you should know:

Ann hates admitting publicly that she has lost a large portion of her retirement savings. But she felt so strongly that others need to see how easy it is to fall for this scam, that she decided to go public.

"I want to warn other people, if they get a call like that, to hang up immediately," she said.

But she wonders why banks and stores are not doing more to spot and stop victims. In particular, she cannot believe Target clerks allowed her to purchase thousands of dollars of gift cards with cash, no questions asked.

A Target spokeswoman told us "we have signs in our stores and share safety tips with our team members through training, so they are aware of scams and can help guests."

The store is unable to refund the money Ann lost, the spokeswoman said (see full statement below).

In this case, however, all that training apparently failed to set off any red flags among the check-out clerks in several Target stores.

That means it is up to all of us to spot a scam before it happens, so you don't waste your money.

Don't Waste Your Money" is a registered trademark of Scripps Media, Inc. ("Scripps").

"At Target, we’re aware of the prevalence of scams like these throughout the retail industry and take a multi-layered, comprehensive approach to preventing theft and fraud. This includes partnerships with local law enforcement, technology and team member training.

We have signs in our stores and share general safety tips with our team members through training, so they are aware of scams and can help guests. Additionally, we share online tips with our guests for use in helping protect themselves against common scams: https://www.target.com/c/gift-card-fraud-prevention/-/N-lj9kh [target.com] .

In this case, the guest contacted our Guest Relations team on July 15 to make us aware of the fraud and we immediately began investigating. Unfortunately, we were unable to recover the funds before they had all been spent; however, we spoke to the guest several times and advised them to engage law enforcement. Once a police report was filed with the Hamilton County Sheriff’s Office, we shared information with them for use in their investigation."