Pepsi is buying SodaStream for $3.2 billion 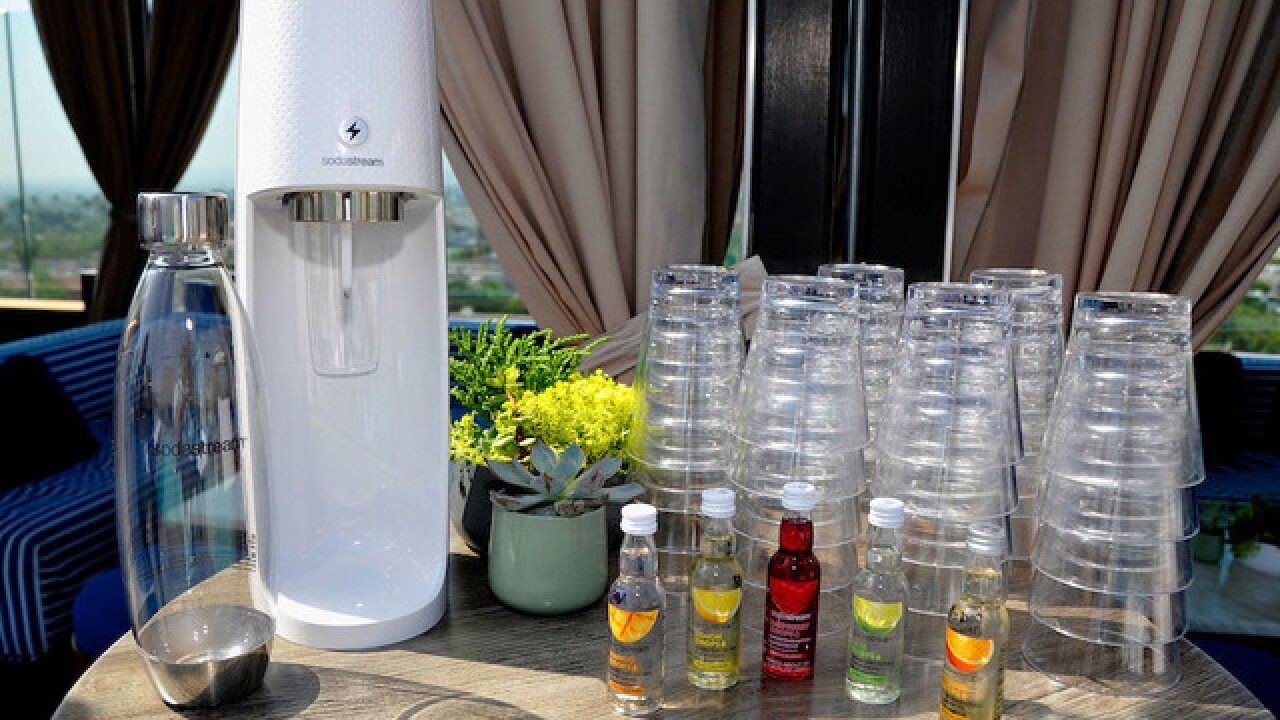 Pepsi is buying one of the world's top sparkling water brands.

The drinks company announced Monday that it would take over SodaStream, an Israeli company that sells do-it-yourself seltzer makers, in a deal worth $3.2 billion.

The move will boost Pepsi's efforts to shift from its traditional high-calorie soft drinks business to offering healthier options.

SodaStream's products, marketed as a healthy alternative to sugary sodas, fit Pepsi's goal of "making more nutritious products while limiting our environmental footprint," Pepsi CEO Indra Nooyi said in a statement. "Together, we can advance our shared vision of a healthier, more sustainable planet."

Nooyi, who will step down in October after more than a decade as chief executive, has steered Pepsi toward healthier offerings, saying it's important for the company's future because of consumers' increasing attention to health. She will be replaced by Ramon Laguarta, Pepsi's head of global operations.

Buying SodaStream will further boost Pepsi's health credentials. The Israeli firm has seen its stock pop more than 320 percent in the past two years after it rebranded itself as a sparkling water company.

The deal will be funded using Pepsi's cash on hand and has been unanimously approved by the boards of both companies. It is expected to close by January, pending a SodaStream shareholder vote and certain regulatory approvals.