Indra Nooyi: Pepsi's CEO will step down in October 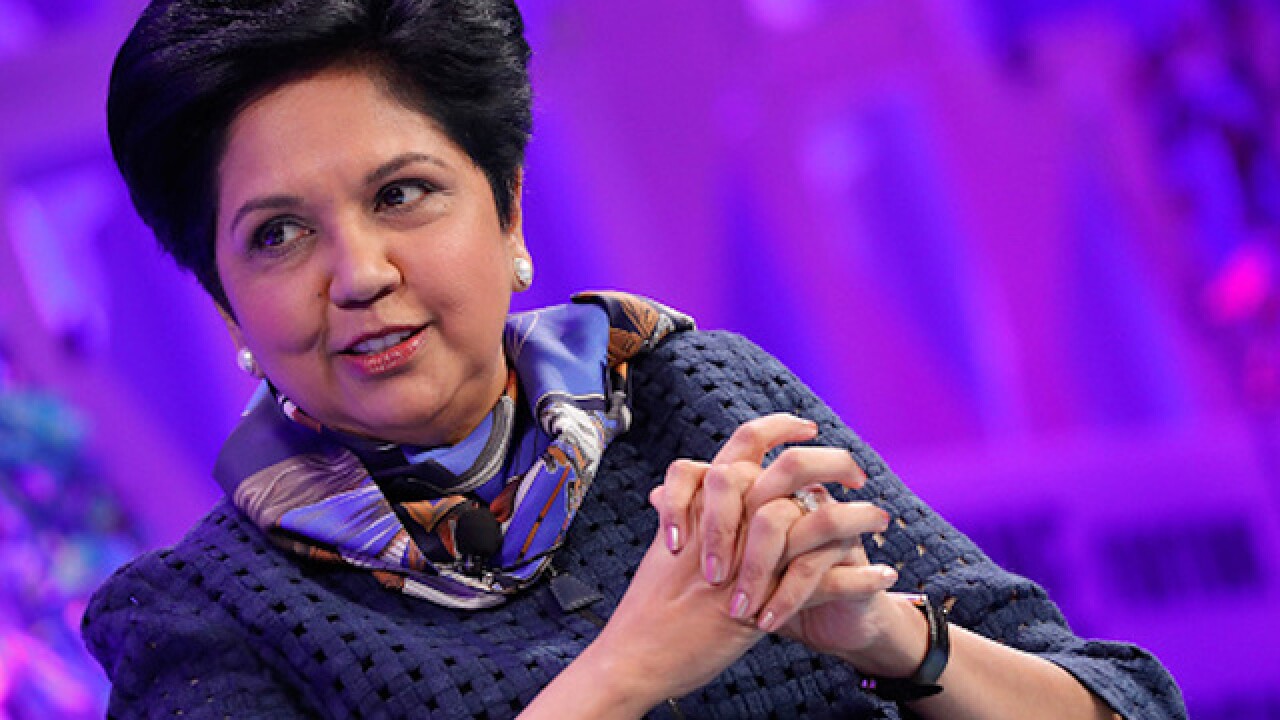 PepsiCo CEO Indra Nooyi, one of the most prominent women to lead a Fortune 500 company, will step down on Oct. 3.

She will remain as chairwoman of the board of directors until early 2019. Nooyi, 62, will be replaced by Pepsi's global operations chief Ramon Laguarta, 54.

Nooyi, who was born in India, is one of a handful of people of color to lead a Fortune 500 company.

She helped turn Pepsi into one of the most successful food and beverage companies in the world. Sales grew 80% during her 12-year tenure. She spearheaded Pepsi's transition to a greener, more environmentally aware company.

Nooyi has been with Pepsi for 24 years. Before becoming CEO she led the company's expansion through acquisitions, including its 2001 purchase of Quaker Oats Co. She earned $31 million last year, and $87 million over the last three years, according to company filings.

"Growing up in India, I never imagined I'd have the opportunity to lead such an extraordinary company," she said.

Since the middle of last year several high-profile female CEOs announced they were stepping down last year, including Marissa Mayer at Yahoo, Irene Rosenfeld at Mondelez and Meg Whitman of Hewlett Packard Enterprise.

Related: Why it matters so much every time a woman CEO leaves

Laguarta, Nooyi's successor, has served as president of PepsiCo since September 2017, overseeing global operations, corporate strategy, public policy and government affairs. Laguarta is also an immigrant, having been born in Spain. He had previously been CEO of the European and sub-Saharan African unit of Pepsi before being named the company's president.

Nooyi praised her successor, calling him "exactly the right person to build on our success."

Pepsi's stock lagged the broader market in recent years, and it has trailed rival Coca-Cola. Shares are down 1.5% this year, compared to a 5% rise in the S&P 500 index. Shares of Pepsi were slightly higher in pre-market trading.

Americans' growing distaste for sugary sodas has hurt both Coke and Pepsi. In 2014 activist investor Nelson Peltz pushed for Pepsi to spin off its snack business as a separate company. But Nooyi was able to fight off calls to break up the company..