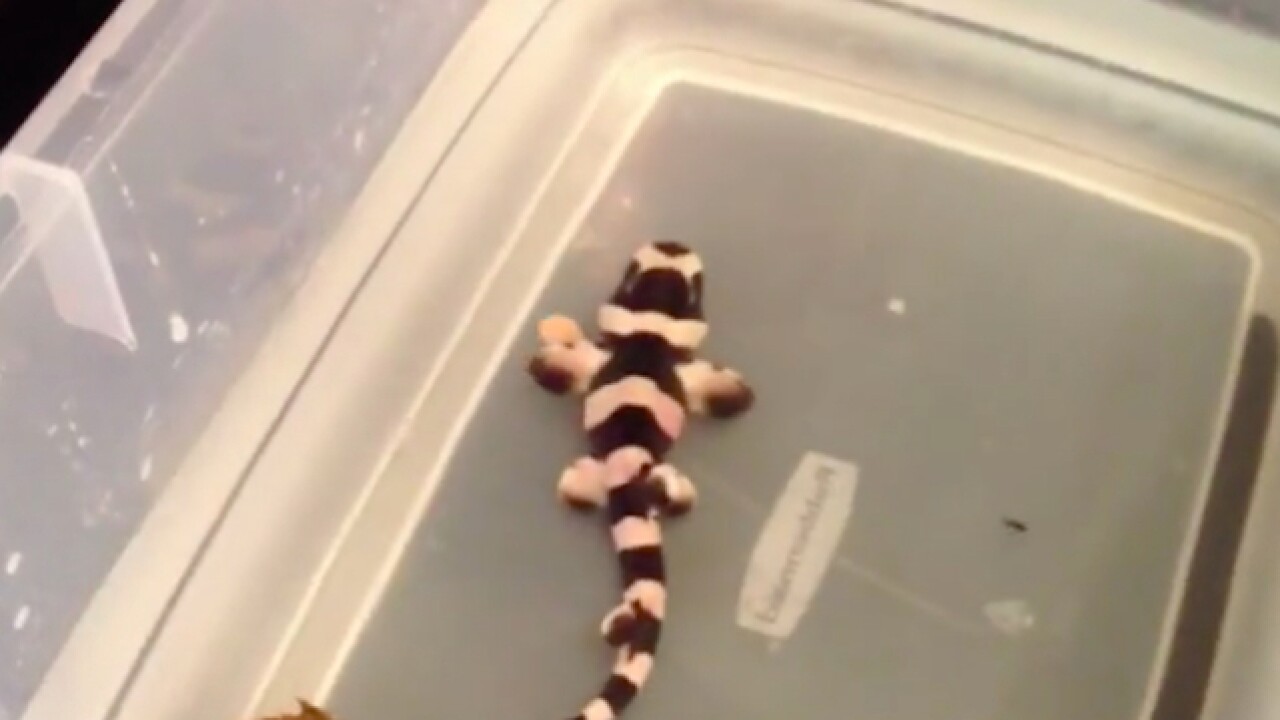 from Rumble video
<p>A bamboo shark was released from an egg pod in a video that's been popular online.</p>

A man caring for a shark egg case filmed the release of the shark when it was ready to hatch.

It was the responsibility of the man to cut open the egg case, or pod, to allow the baby bamboo shark out of it. The shark was purchased to be part of his salt-water aquarium.

Bamboo sharks are harmless to humans and are found in the Indo-West Pacific, from Japan to northern Australia. It is common for this and other shark species to be born this way.

Watch the video (from 2017) below to see the shark's birth from the pod.

The shark can grow up to 37 inches long.