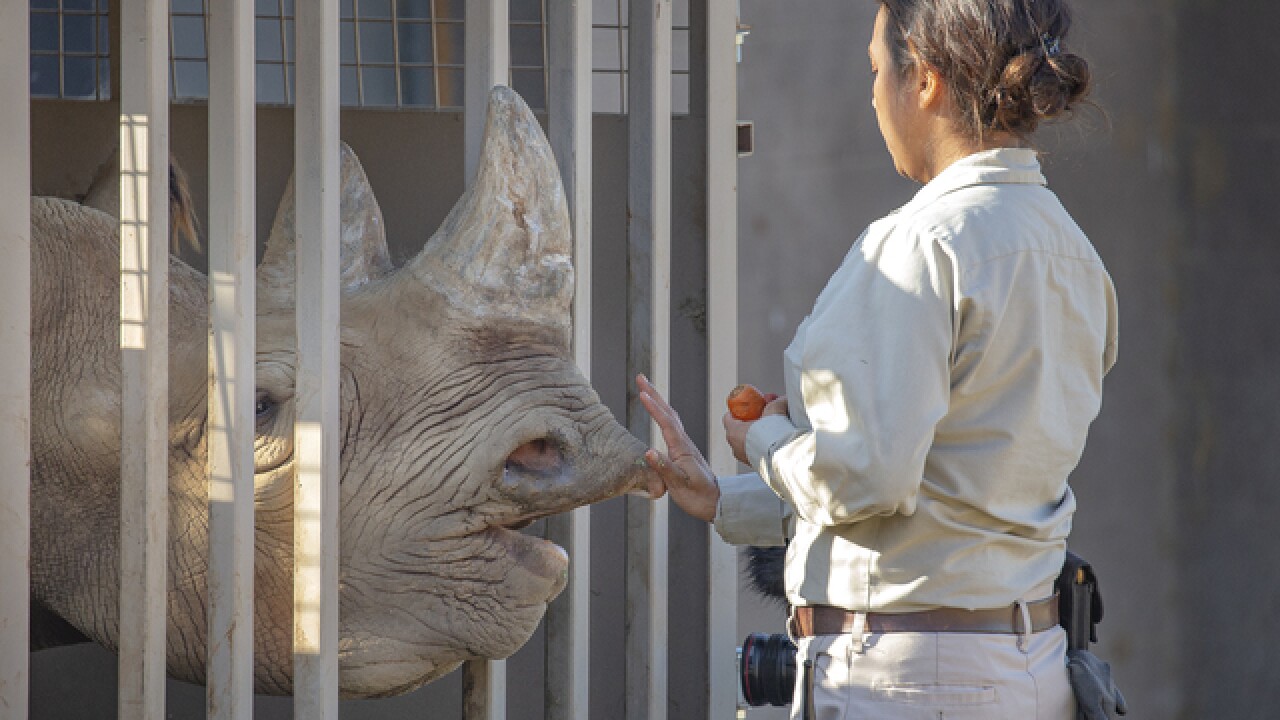 Copyright 2018 Scripps Media, Inc. All rights reserved. This material may not be published, broadcast, rewritten, or redistributed.
Tammy Spratt
Senior keeper Sandy Craig, works with Eric, an 8-year-old male black rhino at the San Diego Zoo Safari Park. For months, animal care staff have been training Eric, through positive reinforcement, to be comfortable in a travel crate. The 2,550-pound rhino will be transported by cargo plane from Los Angeles to Serengeti National Park Airport, accompanied by animal care staff from both the San Diego Zoo Safari Park and Singita Grumeti. The rhino has been gifted to the government and the people of the United Republic of Tanzania to promote breeding of the critically endangered black rhino within the greater Serengeti ecosystem. 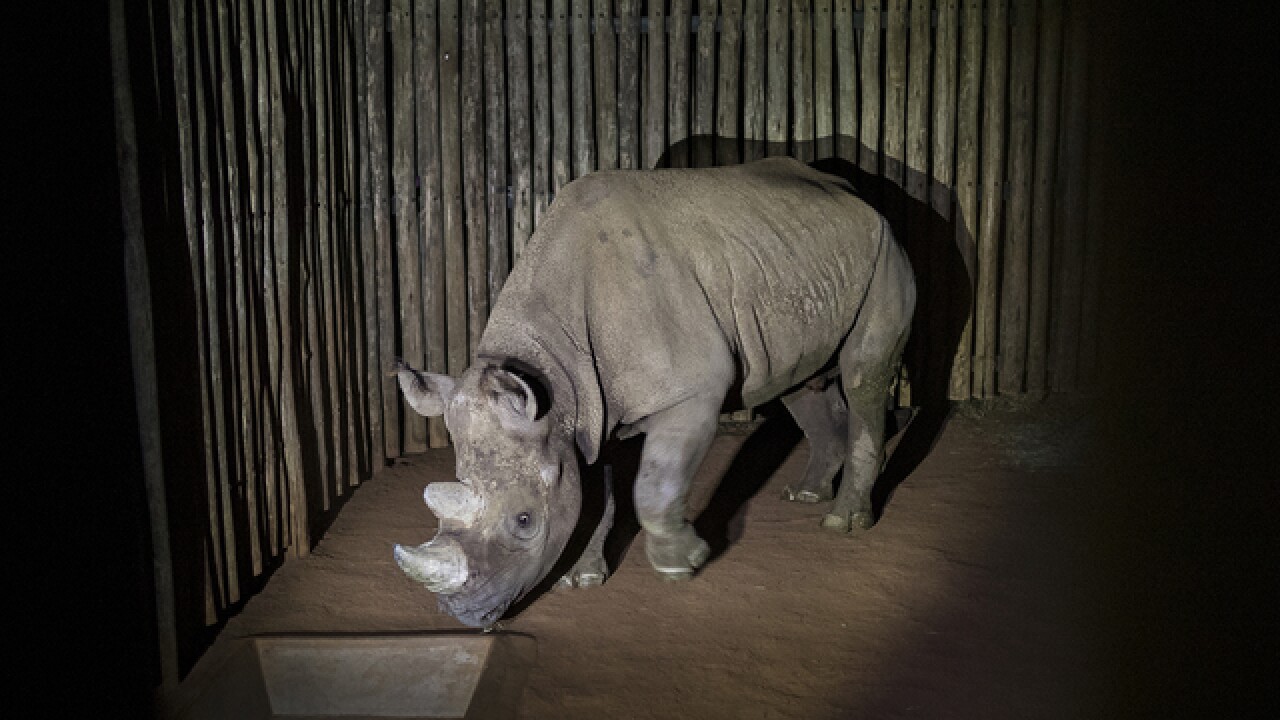 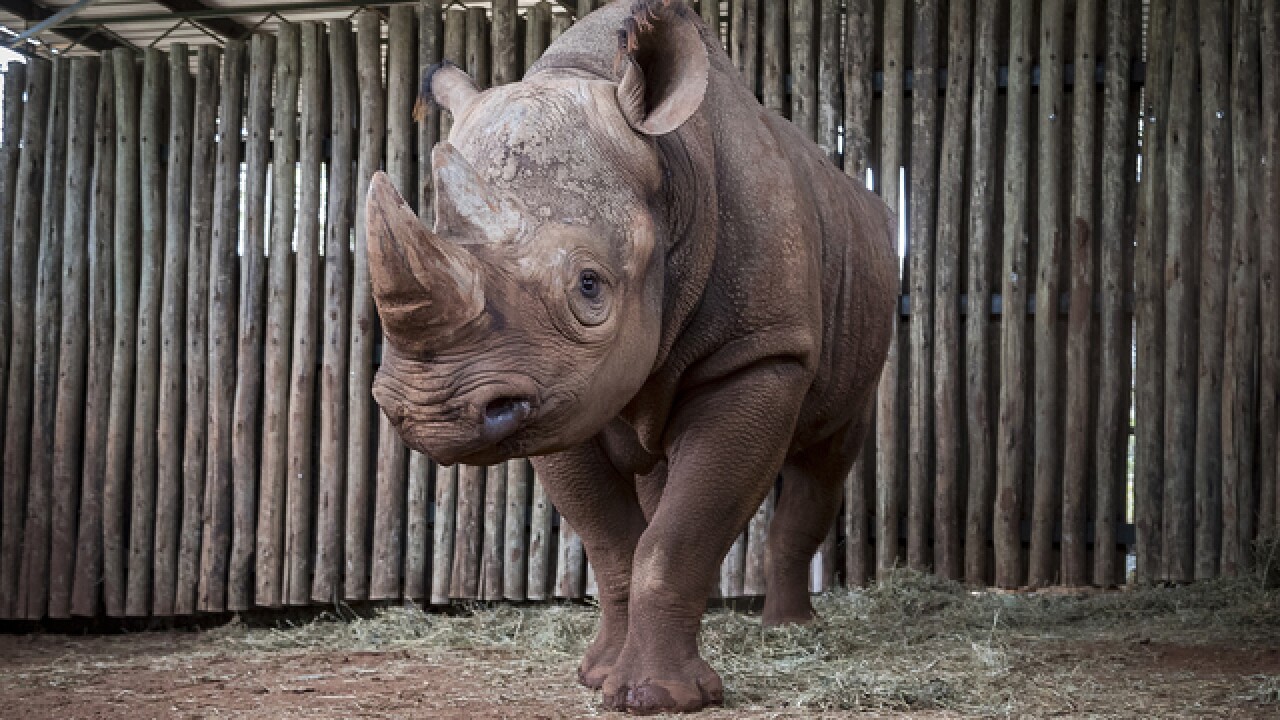 Eric, born at the zoo in 2010, was gifted to the United Republic of Tanzania this month to promote breeding of the of the critically endangered species in the Serengeti, the zoo says.

He will live at the Singita Grumeti wildlife conservation to help boost the local population in their native habitat.

"Our months of preparation for Eric’s travel prepared him very well and the transport could have not gone any better," Steve Metzler, Henshaw curator of mammals, San Diego Zoo Safari Park, said. "He was eating well along the journey and he has arrived safely and settled in very quickly. I couldn’t have asked for a better outcome."

In his new home, Eric will adjust to numerous changes. His food sources will change from pellets, hay, and produce to leaves from bushes and trees. He'll interact with new animals in his habitat, including elephants and zebras.

Throughout his introduction, Eric will be monitored and protected by anti-poaching game scouts, intelligence gathering units, and other security measures.

"There is a lot of excitement and anticipation for what Eric’s arrival means for rhino conservation in Tanzania," Stephen Cunliffe, executive director, Singita Grumeti Fund, said. "He will be slowly acclimated to his new surroundings and we hope within 12 to 18 months he will be a wild, free-ranging black rhino."