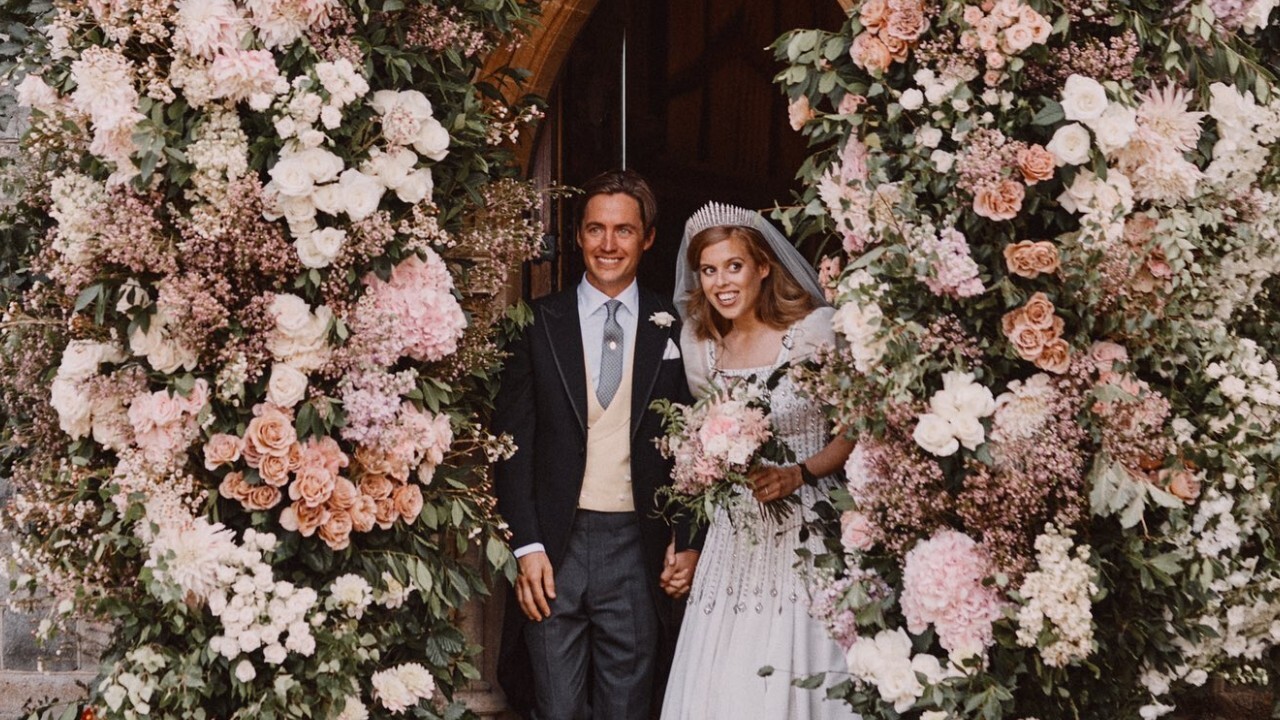 Both the dress and crown were loaned to her by Queen Elizabeth II. The monarch actually wore the same tiara on her wedding day in 1947.

Princess Beatrice wore a vintage dress by Norman Hartnell and the Queen Mary diamond fringe tiara, both belonging to Her Majesty The Queen.

The tiara was worn by Her Majesty on her wedding day in 1947. pic.twitter.com/LEXLdsSlW1

The queen’s granddaughter and the property tycoon were married on Friday in the Royal Chapel of All Saints at Royal Lodge, Windsor.

The 94-year-old British monarch and her 99-year-old husband Prince Philip attended, along with the parents and siblings of the bride and groom.

The palace says guidelines to stop the spread of COVID-19 were followed and there was no singing.

The palace released photos of the couple with the queen and Philip — but not with Beatrice's father Prince Andrew, who is facing questions about his friendship with the late American sex offender Jeffrey Epstein.