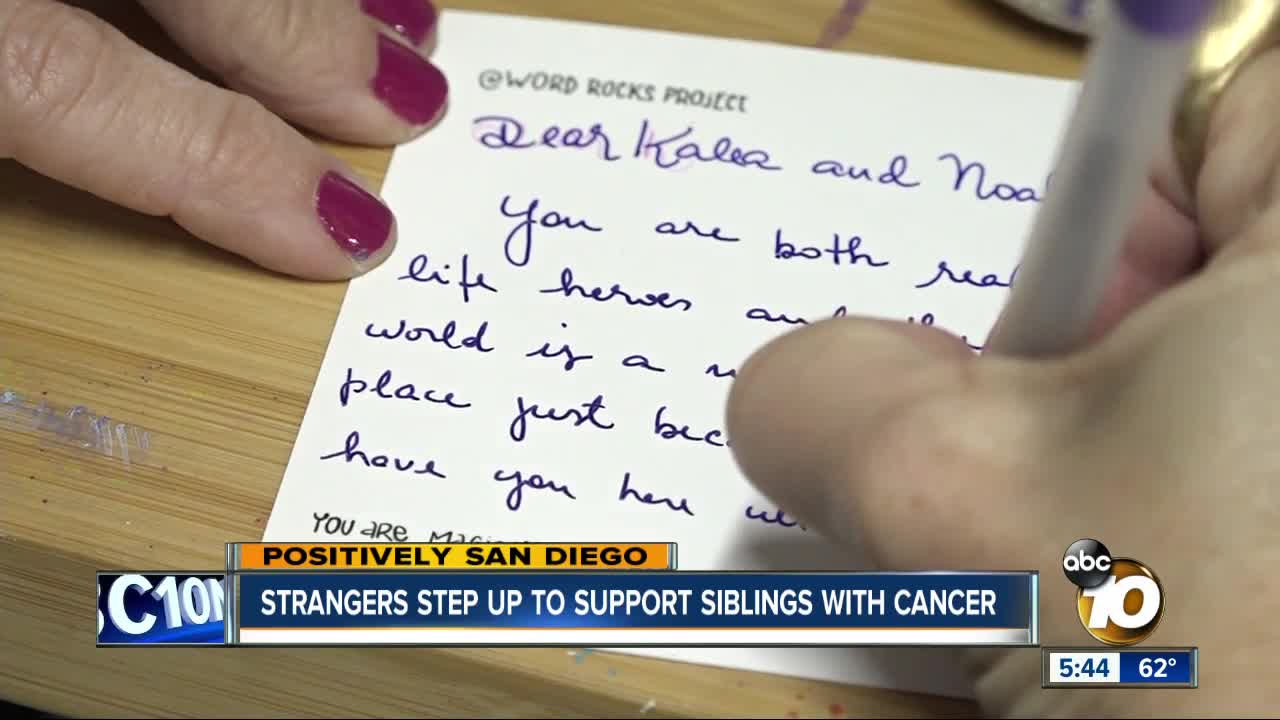 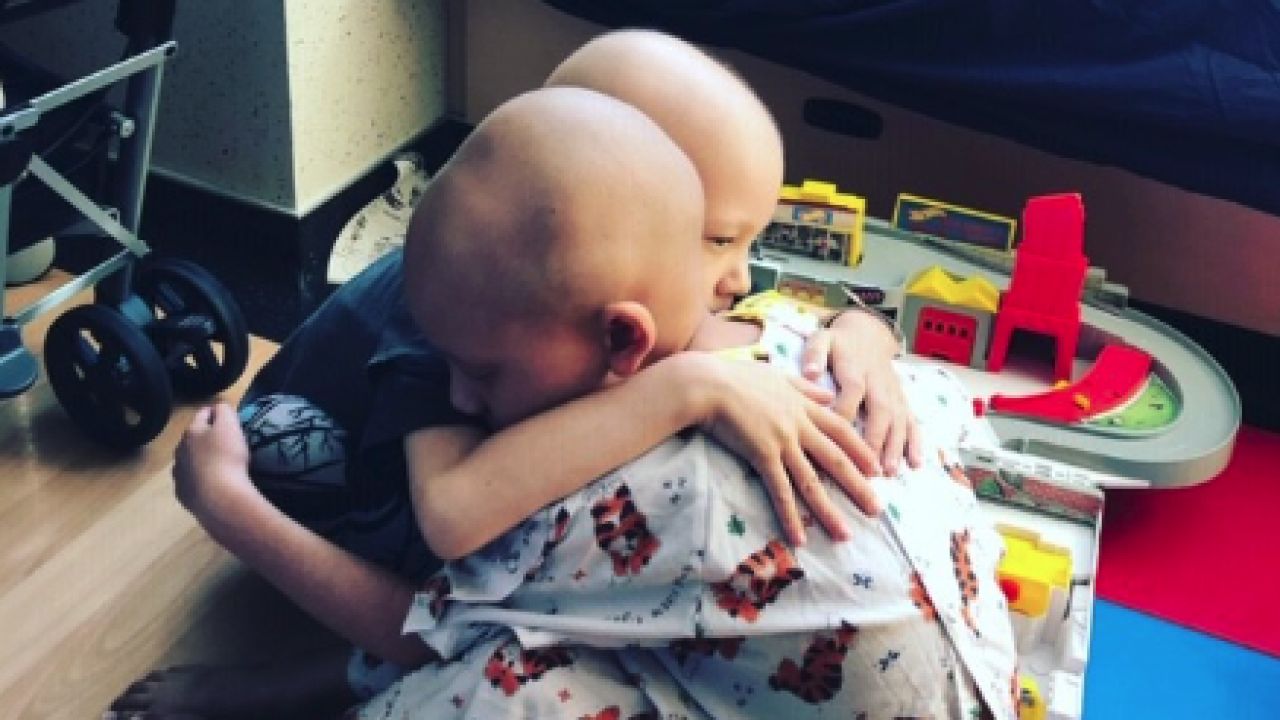 Ten years ago, she and her son began writing positive messages on rocks and leaving them around the city. Now they receive messages of people making their own rocks around the world.

When Areas learned her son had Asperger's, she was compelled to start a new project, the Love it Forward List.

"I felt the need to connect with people, to receive love, to know people are caring," said Areas.

Whenever she hears someone is going through a hard time, she rally's volunteers to send them some love.

So when she learned about 5-year-old Noah Avery and his 7-year-old sister Kalea, she called on her army of comfort warriors.

"The moment I heard about this story, I thought we had to do a campaign for them," said Areas.

In June of 2018, Kalea was diagnosed with Medulloblastoma, a cancerous brain tumor.

This summer, both kids were in remission, but then doctors found a small tumor in Noah's brain.

They're traveling to Rady Children's Hospital each week from Los Angeles for proton radiation.

But Nohea says throughout every challenge, complete strangers like Areas have shown up along the way.

Areas asks the community to send words of encouragement to the family or to send something through the Amazon Wishlist she created.

If you'd like to send a card to the family, email Areas at loveitforwardlist@gmail.com

You can also donate to the family's Go Fund Me here.