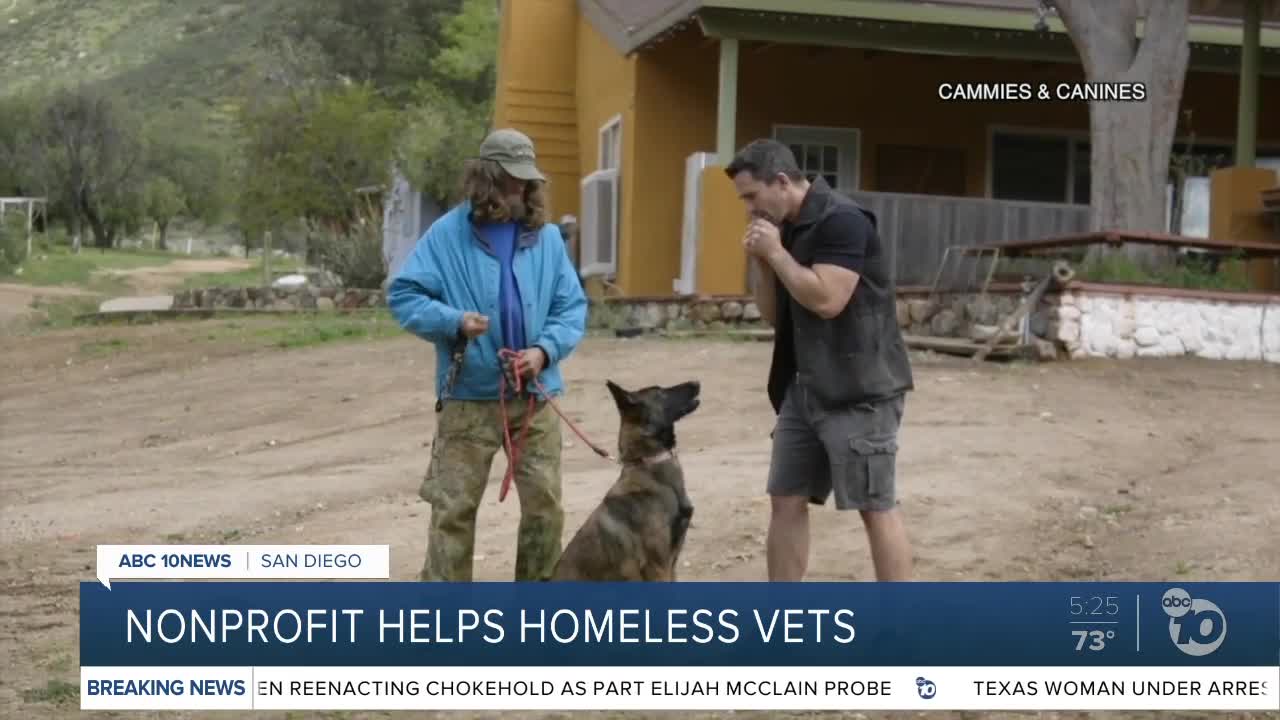 San Diego is home to the nation’s largest concentration of military personnel. It also has a staggering number of veterans who don’t have a place to live 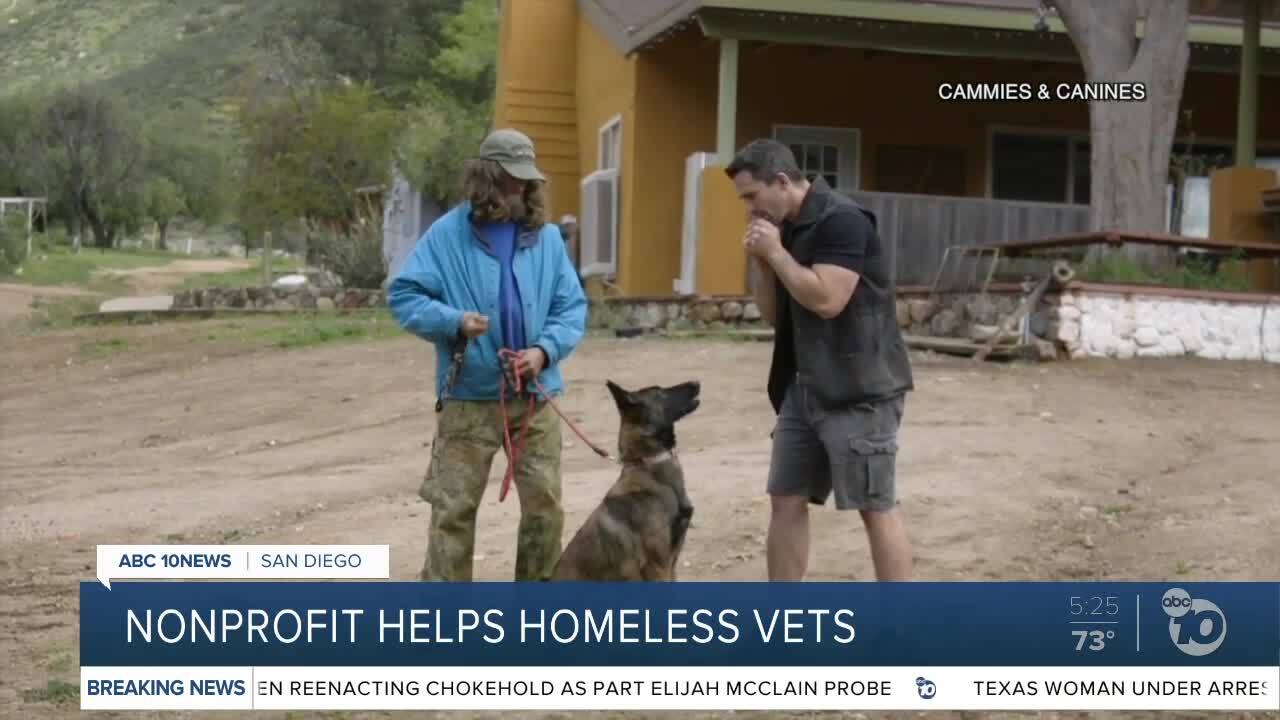 SAN DIEGO (KGTV) -- San Diego is home to the nation’s largest concentration of military personnel. It also has a staggering number of veterans who don’t have a place to live

And, even more alarming is the number every year who take their own lives.

As ABC 10News Anchor, Kimberly Hunt explains…a non-profit in San Diego lead by, and staffed by, veterans is looking to change that.

There are an estimated 1,100 homeless vets on the streets of San Diego. Statistically they commit suicide at a rate of 1.5 times higher than the general population.

On this sprawling ranch in Dulzura, they’re given an opportunity.

But Cammies and Canines Sanctuary under the importance of companionship. It pairs each veteran with a rescue dog which has been schooled by their master trainers as a service animal.

Kyle’s construction company builds tiny homes on the property for each vet to have a sense of place. Tony’s pest control company, Mosquito Joes trains interested veterans to work in the pest control industry, and everyone is given a sense of responsibility and respect. With a goal of mission accomplished, that both veteran and canine have been rescued.

The organization has plans to expand into Texas and Ohio to get more veterans off the streets, and dogs out of kill shelters.

For all their efforts to help homeless veterans, ABC 10News, LEAD San Diego and sponsor, Batta Fulkerson chose the founder and current administration of Cammies and Canines Sanctuary as our 10News Leadership Award winner for the month of July.

To nominate someone for our 10News Leadership Award, click on link in this section.