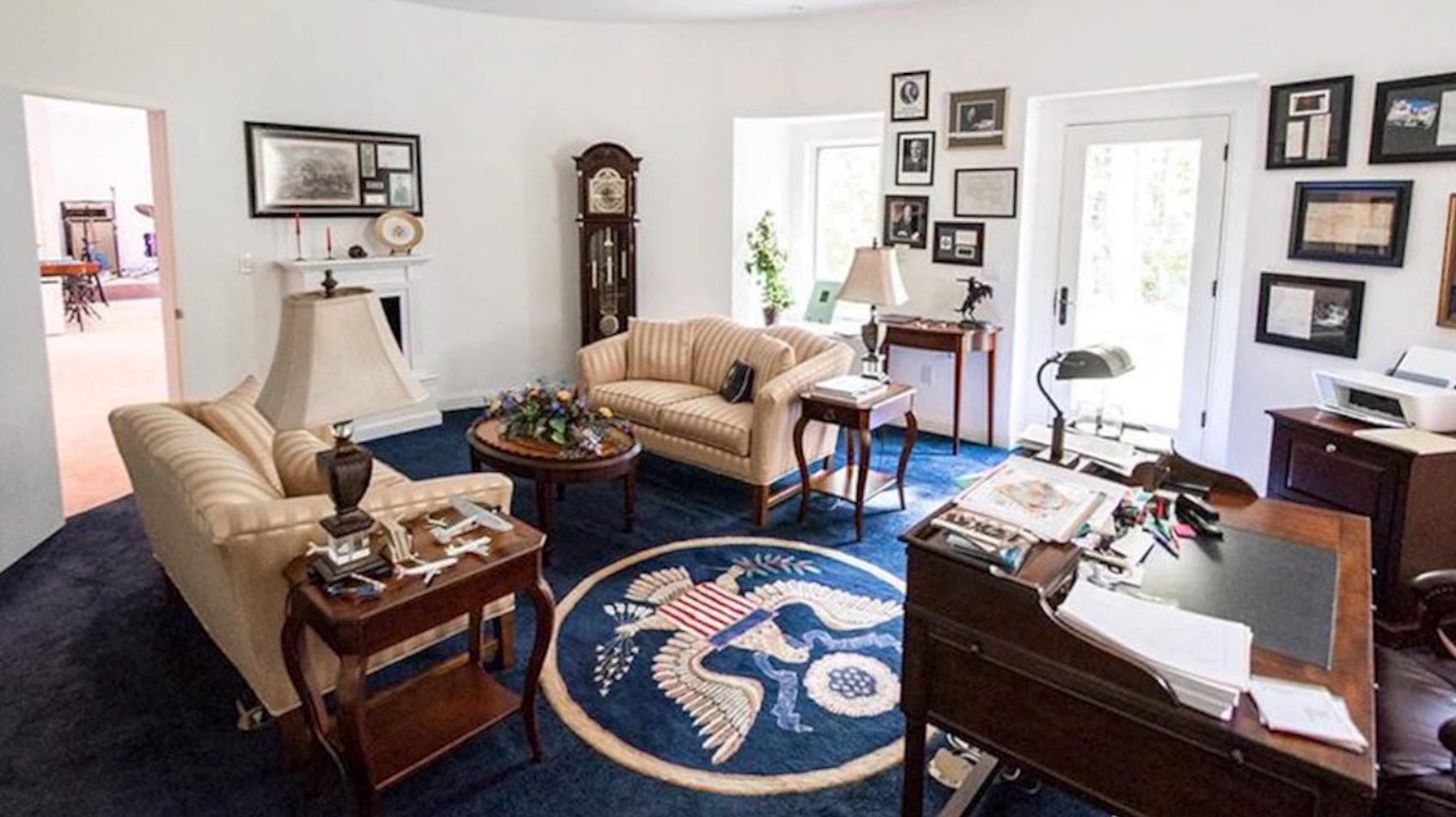 No, this isn't in the White House — but it sure looks like it. A house for sale in New York's Hudson Valley has its own replica Oval Office. 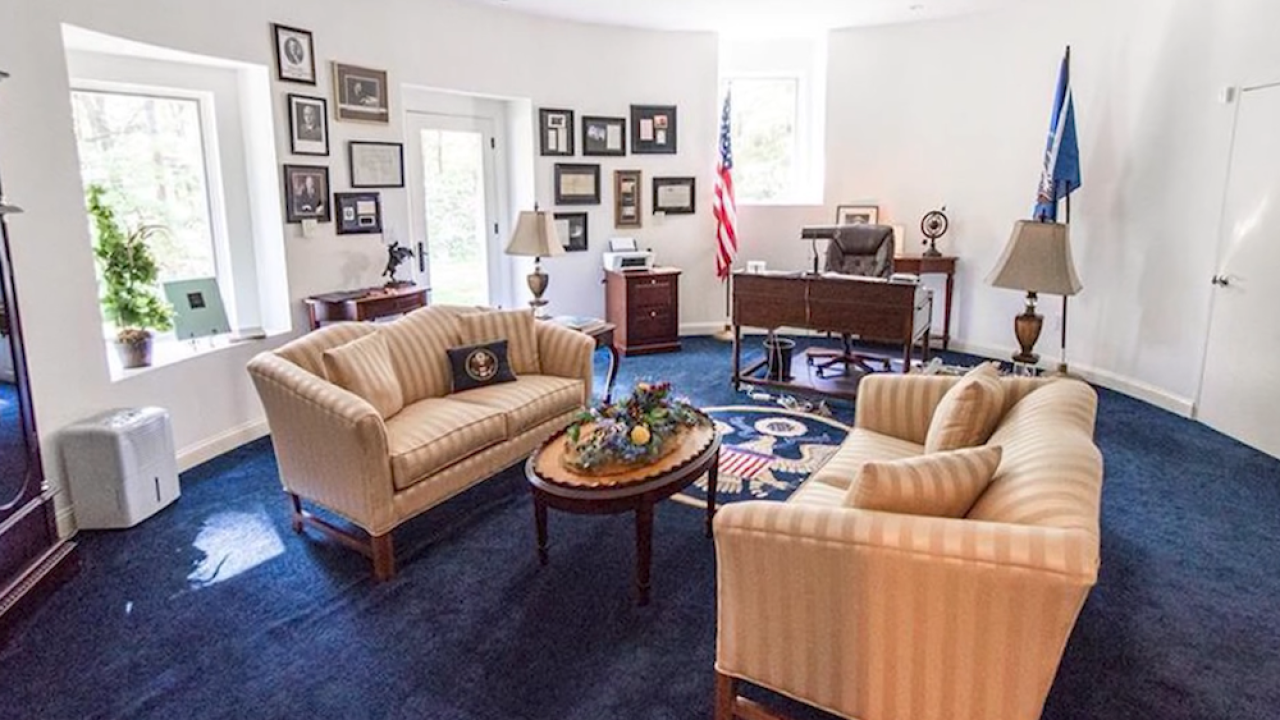 Have you ever wondered what it's like to live in the White House? A house for sale in New York's Hudson Valley might be your best bet to see what it's like — if you have $3 million to spare.

According to Zillow, a home for sale in Wappingers Falls includes a replica of the Oval Office.

Realtor.com reports that owners Katie and Greg Knowles built the house in 2009 when Greg got a job as a music professor at the Julliard School in New York City. The couple made sure to include a recording studio, rehearsal space and stage in the house's lower level. When the architect suggested — "almost as a joke" — that the home include a "big and important" workspace like the Oval Office, the idea stuck.

Katie also told Realtor.com that Greg decorated his Oval Office to mimic that of President Jed Bartlet — portrayed by Martin Sheen on The West Wing.

The bad news? The home's Oval Office is only two-thirds the size of the real one. The good news? The four bedroom, five bathroom house also includes an indoor saltwater pool, a pipe organ and a teppanyaki grill.

Oh, and you won't have any responsibilities that come with running the United States of America.