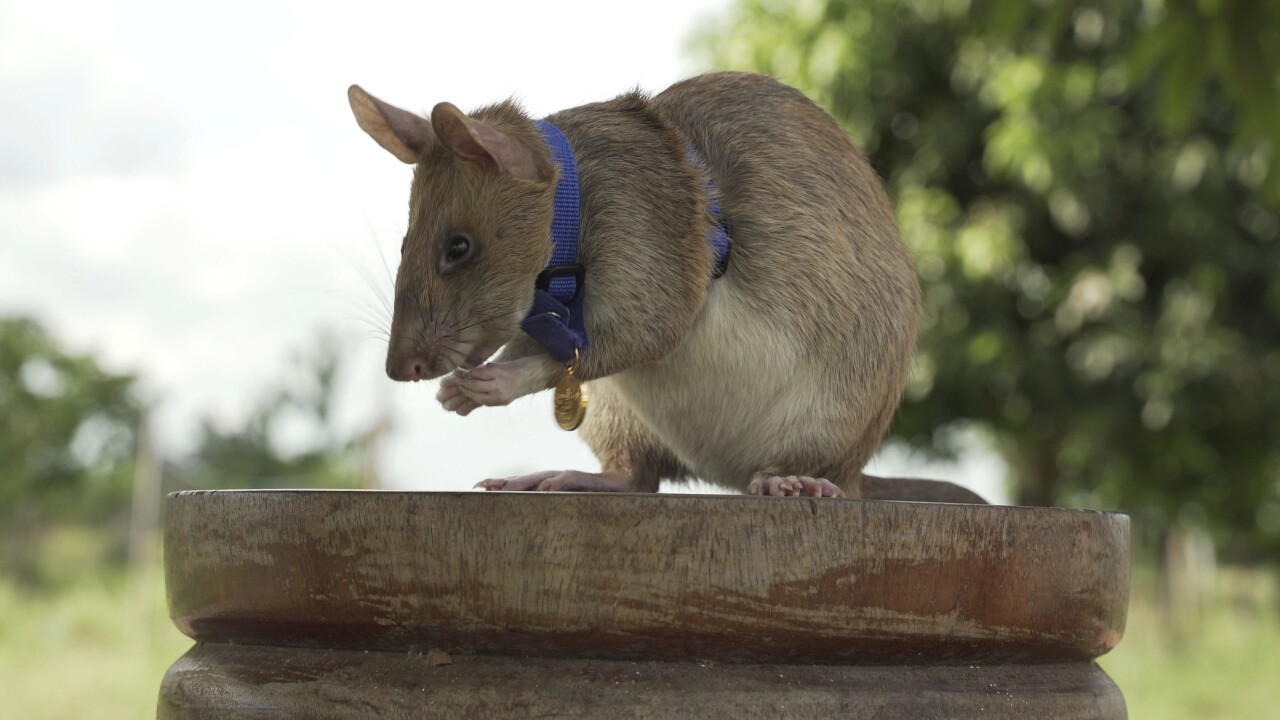 LONDON (AP) — A rat has for the first time won a British charity’s top civilian award for animal bravery, receiving the honor for searching out unexploded landmines in Cambodia.

Magawa the giant African pouched rat was awarded the PDSA’s Gold Medal for his “lifesaving bravery and devotion” after discovering 39 landmines and 28 items of unexploded ordinance in the past seven years.

Before Magawa, all the medal recipients were dogs.

The PDSA award is considered the animal equivalent of the U.K.'s George Cross, a decoration for heroism.

The medal has been awarded to 34 dogs, 32 pigeons, four horses and one cat since it was created in 1943.