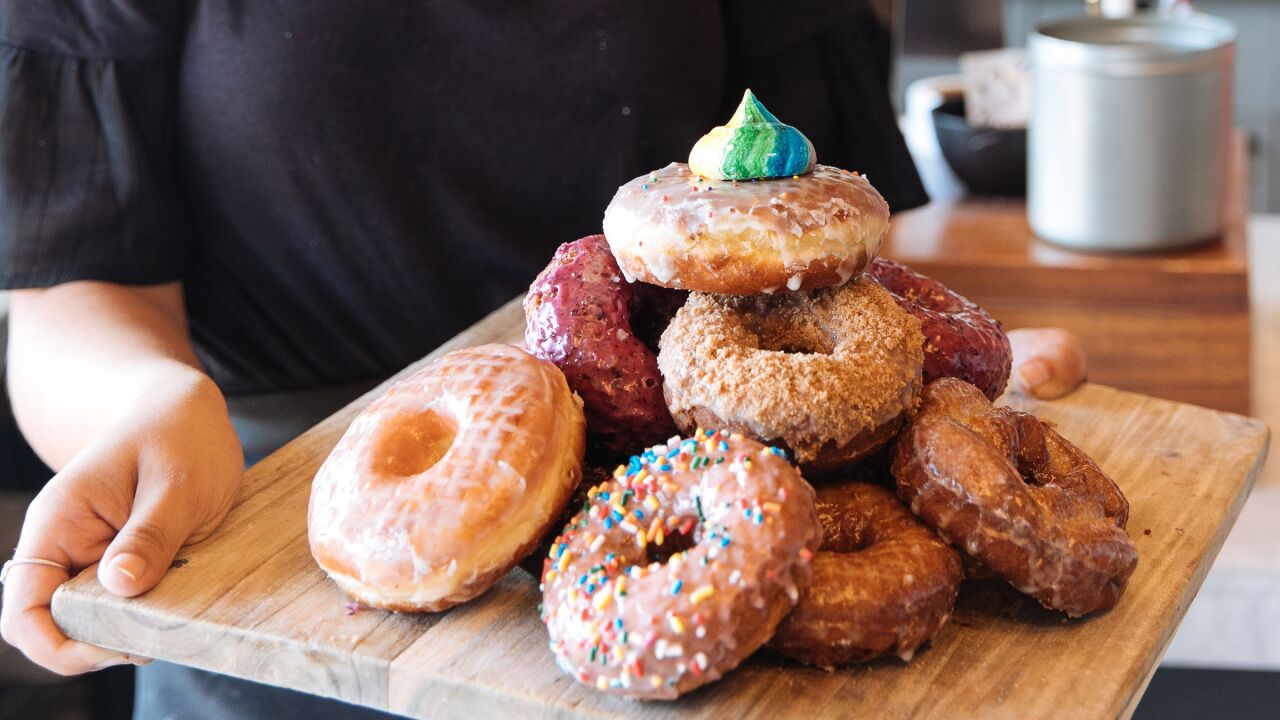 Nationally and around San Diego, donut purveyors will celebrate with deals and freebies for customers. The USS Midway is even hosting a special competition featuring some of the world's best eaters.

Historically, the donut traces back to 18th century Dutch settlers in America under the name olykoeks, or "oily cakes," according to the Smithsonian. The treat would evolve over time until it took on its more modern shape and flavor in New York City during early 19th century.

Now that you've had a dash of history, grab a cup of Joe and chow down in celebration of the delectable treat:

Donut Bar (Downtown San Diego): Donut Bar is giving away two dozen of its donuts to four lucky winners. To enter, share and like their Facebook post and add it to your FB story and Donut Bar will pick winners at random.

Mary's Donuts (Santee): Get free donut holes with every purchase while supplies last at Mary's Donuts.

Dunkin' deal: Get a free donut at Dunkin' with purchase of a beverage.

Krispy Kreme freebie: Krispy Kreme giving away one free donut to anyone who visits a location on Friday. No purchase necessary.