Where to watch the Perseid meteor shower in San Diego 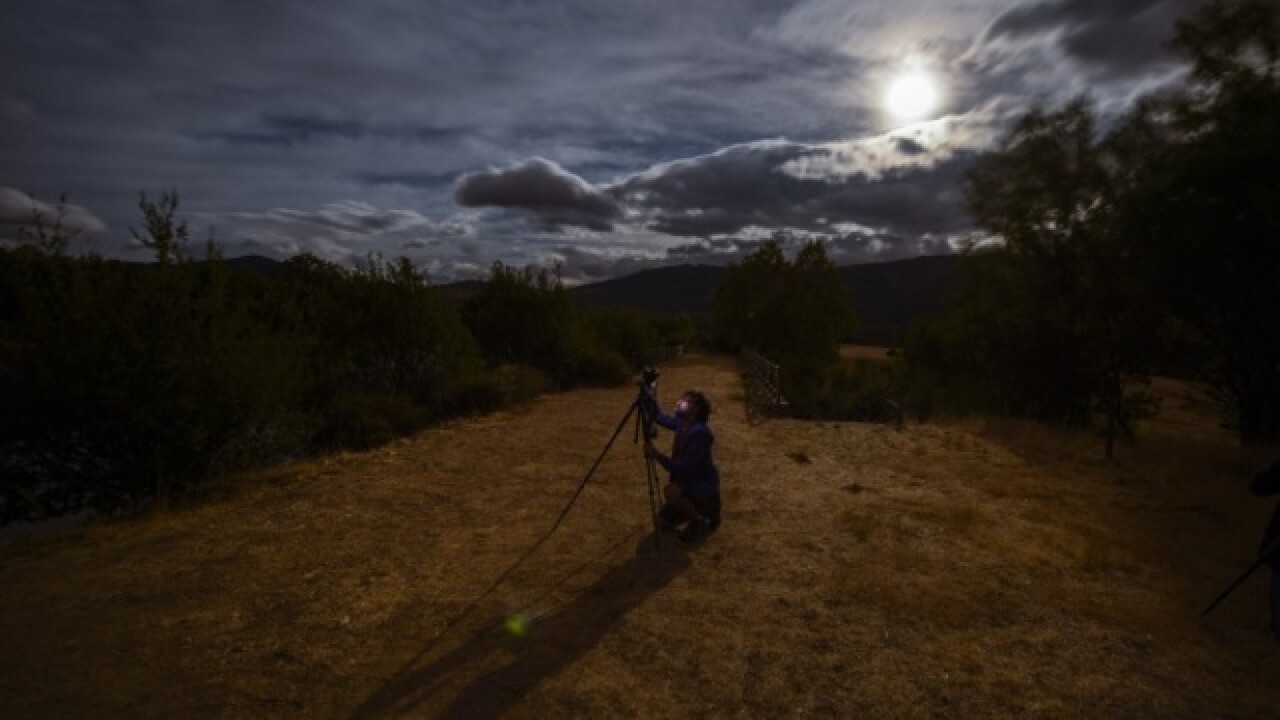 Copyright Getty Images
DANI POZO
<p>A photographer take pictures in the early hours of August 13, 2014 of a Perseids meteor shower in the night sky from the mountains of the Sierra Norte de Madrid near the municipality of Valle del Lozoya. The perseid meteor shower occurs every year in August when the Earth passes through the debris and dust of the Swift-Tuttle comet. (DANI POZO/AFP/Getty Images)</p>

SAN DIEGO (KGTV) — This weekend will be a show for San Diego stargazers.

The Perseid meteor shower is expected to bring 60-70 meteors careening across the night sky every hour between Aug. 11-13. But the best times to view the shower will be overnight Aug. 12.

One of the only things standing in your way is light pollution. Wherever you head, you'll want to avoid too much light pollution or possibly have a telescope ready to go.

MORE: How to watch the best celestial show of the year in San Diego

Here are some areas around San Diego County to check out the Perseid shower. Some spots are far removed from the city, like in Julian or Anza-Borrego, while others are closer:

Jess Martin Park (Julian): Head up to Julian this weekend to catch the meteor shower and also Julian's Natural Wonderfest.

Blair Valley Campground (Anza-Borrego): There's really no bad spot in Anza-Borrego for stargazing. Its distance from San Diego makes it prime for some great viewing.

Palomar Observatory: Palomar Mountain is the site of an observatory, so there's no wonder why the area is great for catching the stars.

Laguna Campground: Mount Laguna has long been an area for camping and an escape from the city for San Diegans. While the Mount Laguna Observatory has the power to look deep into the galaxy, you'll have to bring your own gear at the campground to view the dark skies.

Blue Sky Ecological Reserve: Poway's Blue Sky park is a great spot close to the county and away from too many bright lights for star gazing.

Fleet Science Center (Balboa Park): Yes, Balboa Park is close to the city lights, but with some telescopic power, you can still catch some great sights like planets and bright stars.

Mt. Helix Park: Mount Helix is another good option for those not wanting to drive too far away.

Otay Lakes County Park: Otay Lakes park is another close option where local star gazers have had success staring into the night sky.

San Elijo Park: Head up to North County and catch some star-gazing at San Elijo Park. Assuming the park lights are turned down, you'll be able to catch some of the celestial sights.