Where to catch outdoor summer movies in San Diego 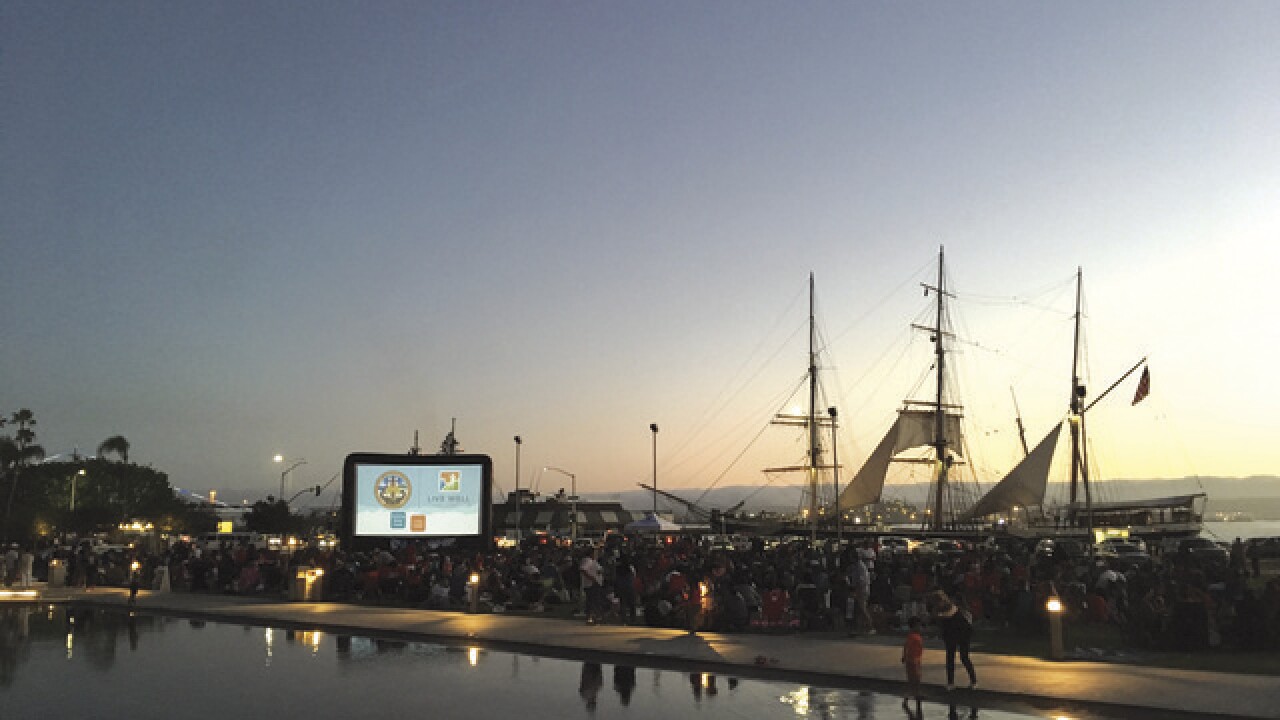 Copyright 2018 Scripps Media, Inc. All rights reserved. This material may not be published, broadcast, rewritten, or redistributed.
<p>(Courtesy of County News Center)</p>

SAN DIEGO (KGTV) — It's not too late to catch a free movie screening in San Diego at one of the many outdoor film screenings this summer.

San Diego parks and hotels are welcoming film fans for a season of movies, many of which are free, to and summer nights outdoors.

Many of the movies are also family-friendly, so there's no worries about whether or not the kids will enjoy them (or sit still, hoepfully.)

So pack a picnic basket, grab a blanket, and settle in for a movie under the stars at one of these special cinemas around the county:

Bring a blanket, grab some food at one of Liberty Station's eateries, and enjoy a movie on the lawn this summer. Every Tuesday through Aug. 28, movies will be screened for free on the lawn!

Where: The Pearl Hotel; Cost: Free

The Pearl Hotel is screening movies by the pool and serving up food on Wednesday through Sept. 26.

Cinema Under The Stars

Kick back under a retractable dome under the stars for classic movies being screened in Mission Hills. Concessions are available and film screenings run through October.

Movies on the Beach

The Hotel Del Coronado will screen movies under the stars on the beach through December! Guests can even relax on one of the hotel's beach daybeds or around a private bonfire.

Movies and More by the Lake

Where: Santee Lakes; Cost: $10 for parking

Get lakeside seating while watching some of your favorite family films in Santee. Activities are also held around the movie, and guests can grab grub from food trucks or a snack bar.

The Old Globe Theater presents two Shakespeare films ("Othello" and "Richard III") on July 30 and Aug. 27 this summer, as part of their special summer movie series.

In addition to San Diego Symphony's Bayside concert series this summer, a select few will include screenings of movies while the orchestra provides music live-to-picture! The symphony will perform to a special performance of Hollywood clips, "Star Wars: A New Hope," and "Harry Potter and the Goblet of Fire."

Summer Movies in the Park

Various family-friendly films will be screened throughout the summer at San Diego parks, giving families a chance to enjoy local parks and enjoy a free night out!

Screen on the Green

The San Diego Museum of Art will host free film screenings on Thursday in August under the stars, featuring films that take inspiration from the museum's permanent collection.

Catch a movie high up in the middle of downtown San Diego at Rooftop Cinema! Guests can grab popcorn and drinks, and relax in deck chairs with wireless headphones so they can hear all the on-screen action.