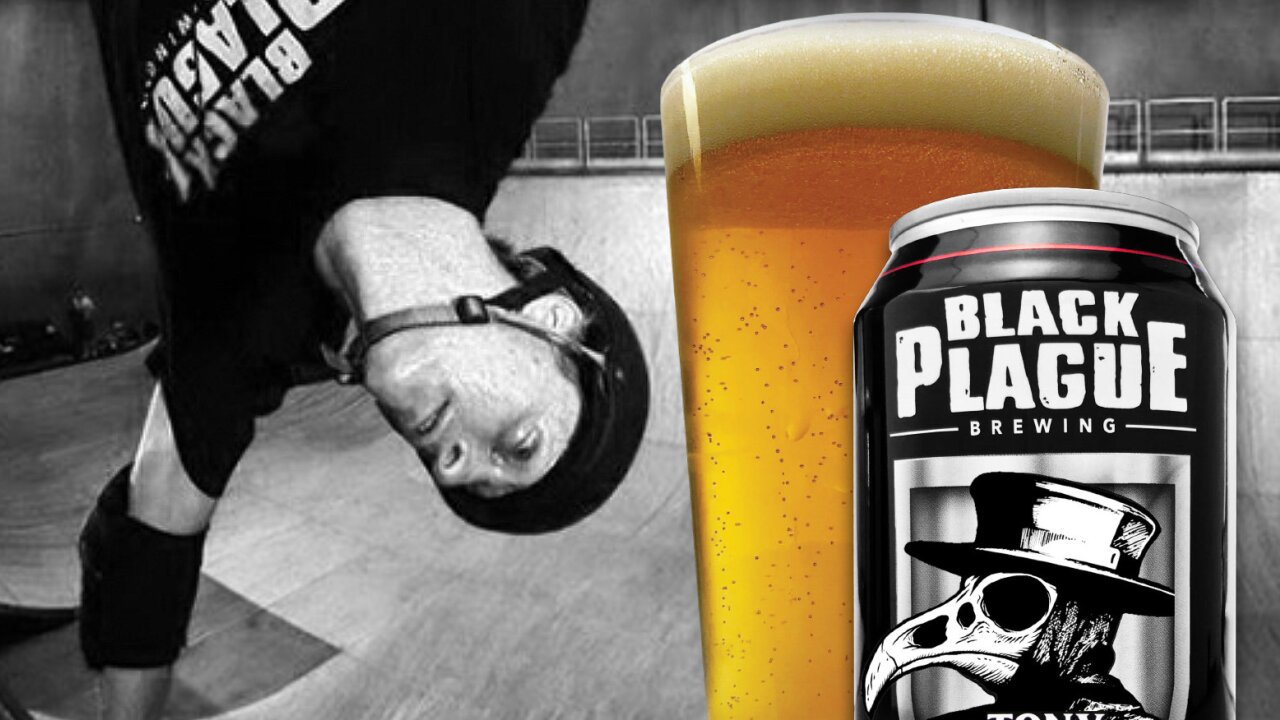 But now, Hawk can cross that off his list. The skateboarder and Birdhouse Skateboards have teamed with Black Plague Brewing in Oceanside to create the aptly named, "Tony Hawps IPA."

The brew is described as smooth beer brewed with Simcoe and Amarillo hops for a piney foundation and dry-hopped with Citra and Centennial hops for an orange aroma with hints of grapefruit.

"Tony Hawk is such an icon; we wanted to partner with him to create something authentic to connect with skate fans and skateboarders. " says Jordan Hoffart, a pro skateboarder and president of Black Plague Brewing. "The beer needed to be light and crushable after a skate session while also having enough heft to be your go-to when you are ready to party."

And now in addition to his legendary career and influential exploits off the half-pipe, Hawk has a beer of his own.

"Never imagined I’d get to help 'design' a new beer, but my life keeps taking unexpected — and delightful — turns. This beer packs a ton of flavor," Hawk said.

The brewery, which took home a gold medal at the 2019 San Diego International Beer Competition for their "Hazy Scandal IPA," hopes to score another win with the special collaboration.

"Tony Hawps" was released Saturday in the brewery's taproom and at select locations around Southern California.