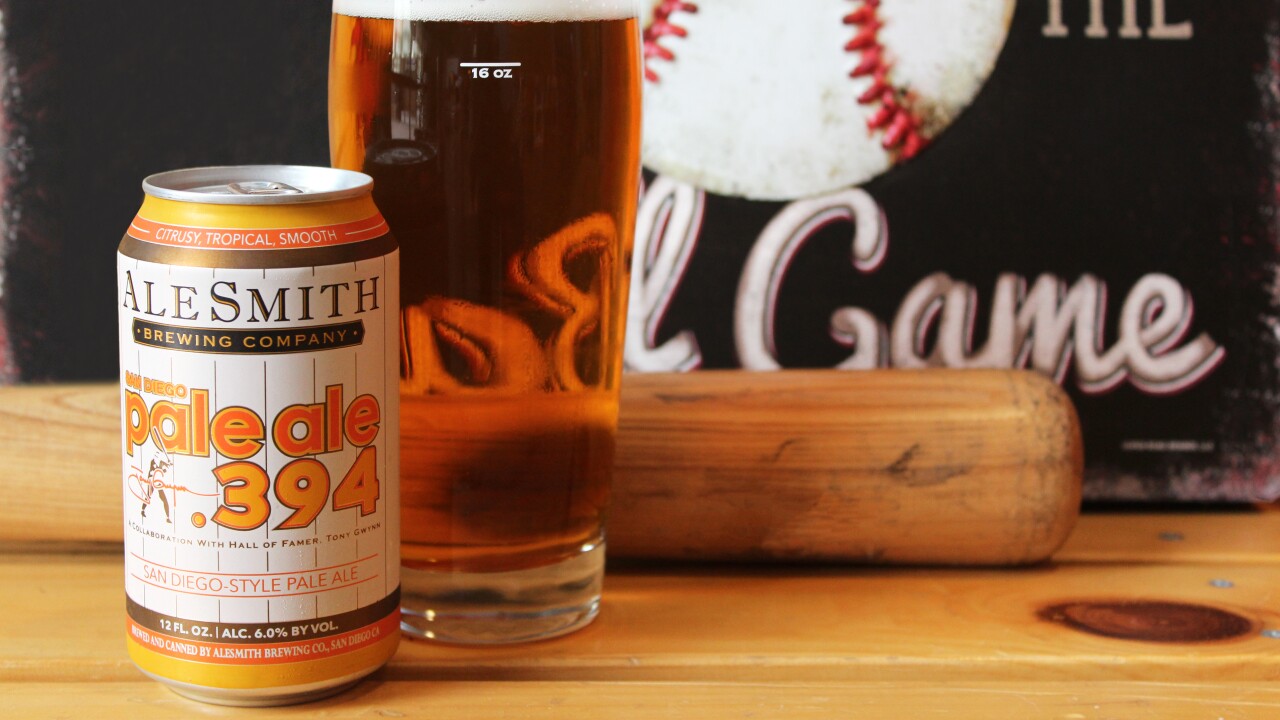 SAN DIEGO (KGTV) — In honor of Tony Gwynn's birthday and the anniversary of a beloved beer release, AleSmith will hold a birthday party for the San Diego Padres icon.

AleSmith Brewing Company will hold a legacy birthday party on May 11 to celebrate Gwynn's May 9 birthday and the fifth anniversary of their San Diego Pale Ale .394 brew, created in collaboration with Gwynn.

The brewery's .394 brew was released in 2014, after Gwynn expressed interest in brewing his own beer. After meeting with AleSmith owner, Peter Zien, the two began a collaboration that produced the pale ale local craft beer fans have come to love.

As part of the birthday celebration, AleSmith will release a hazy IPA version of .394, that will soon be released to retailers.

A live broadcast of 97.3 The Fan's Tony and Chris Show, hosted by Tony Gwynn Jr. and Chris Ello, will also pay tribute to Tony Sr. Alicia Gwynn, Tony's wife, will also host the video premiere of her song "Easier," about her husband.

The event includes a silent auction and raffle to benefit Gwynn Baseball.

More details about the special celebration can be found online here.