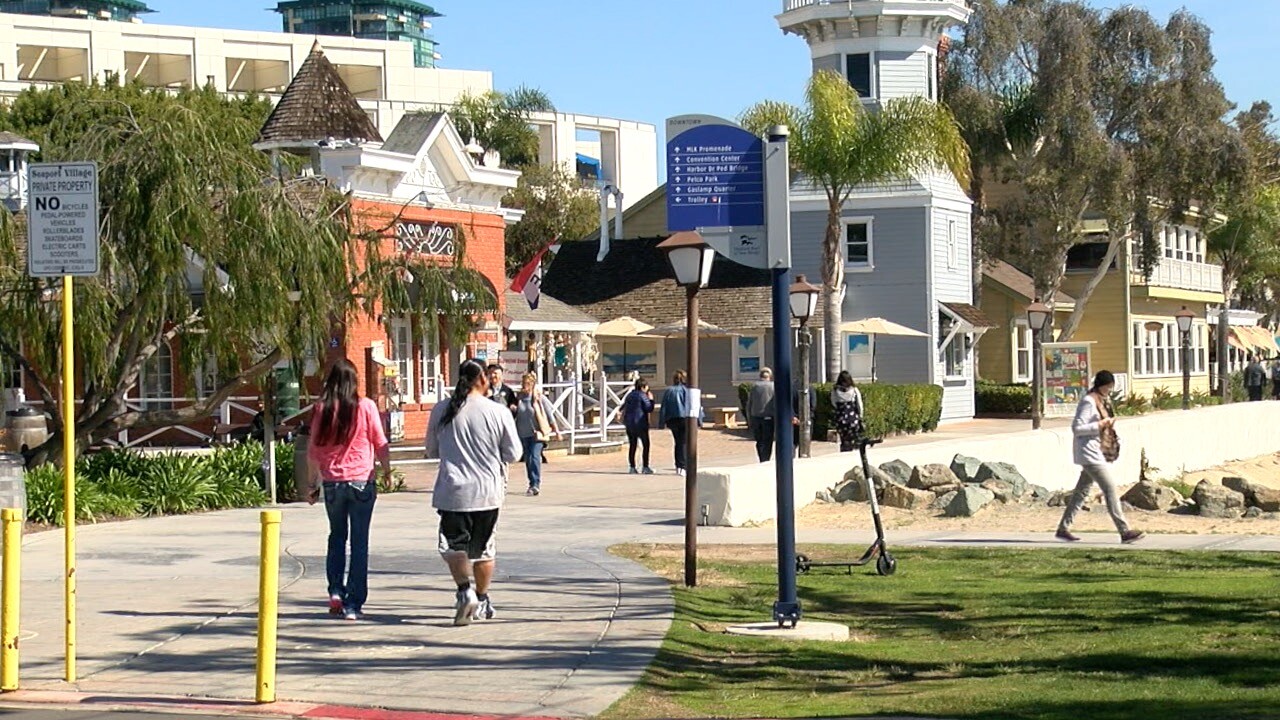 Copyright 2019 Scripps Media, Inc. All rights reserved. This material may not be published, broadcast, rewritten, or redistributed.
Jonathan Horn
Seaport Village on Feb. 8, 2019

SAN DIEGO (KGTV) — Seaport Village is devoid of visitors for the time being, but guests locally and around the world can check out the seaside village virtually.

Seaport Village will soon see its website refreshed to offer a virtual village for users to tour as if they're by the bay. In addition to the online walk through, the village will also host monthly online concerts, demonstrations, and workshops.

On the third Thursday of each month, Seaport Sessions hosts a live concert from 6 p.m. to 8 p.m. Upcoming shows include The Schizophonics & Dani Bell, featuring a “blues-rock n’ soul” opening set by Low Volts, on April 16 and a yet to be named performer on May 21.

Weekly acoustic live shows will also be available to stream every Thursday at 6 p.m. The upcoming shows include: Swimming in Circles (April 23), Justin Froese (April 30), Courtney Preis (May 7), Amelie Simpson (May 14), and Cassidy Paige (May 28).

Families can also check out workshops while at home.

After storytimes on Fridays, kid-friendly sessions will be hosted with dancing, puppets, and more. The schedule includes Funky Fish by Eco Arts on April 10, Dance Class by Movers & Groovers on April 17, and Lucy Loop’s Journey Through the Land of Lost Things on April 24.

Finally, the New Children's Museum will host a workshop on April 11 from 10 a.m. to 2 p.m. using paper towel rolls and old magazines in a crafty DIY tutorial.