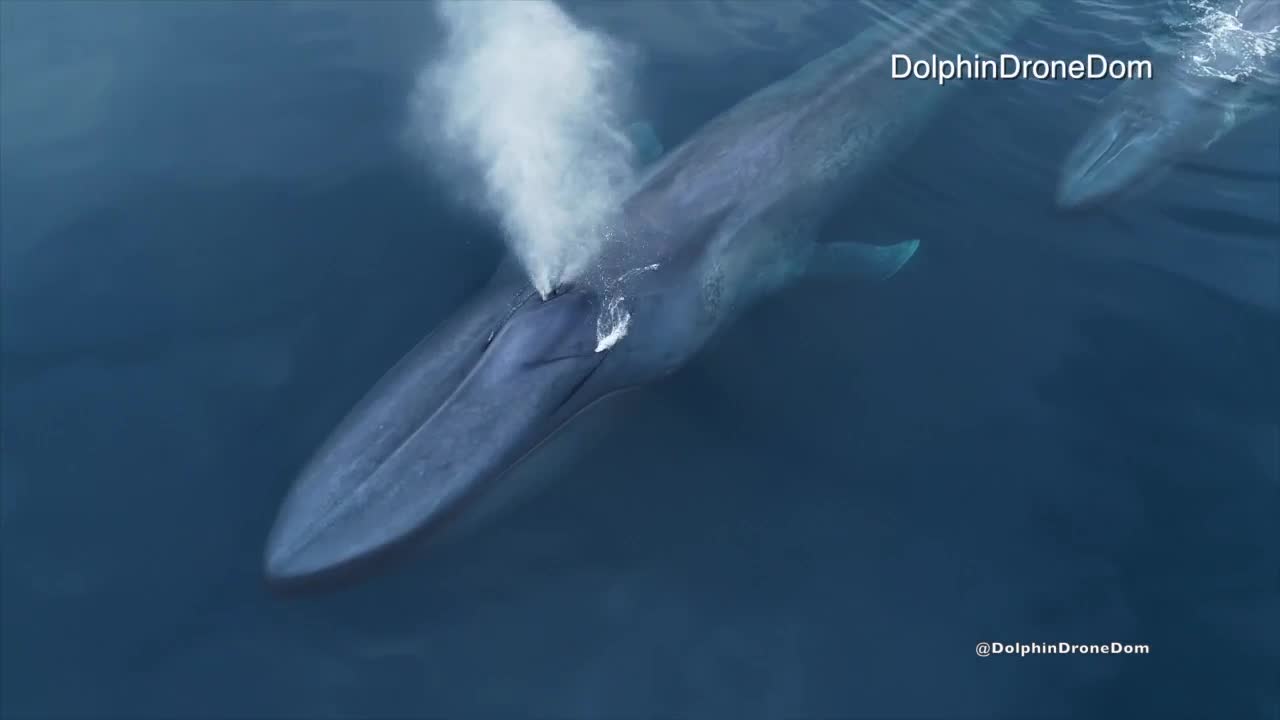 A blue whale and its calf was captured on drone video by photographer Domenic Biagini Wednesday about 12 miles from the Mission Beach docks. 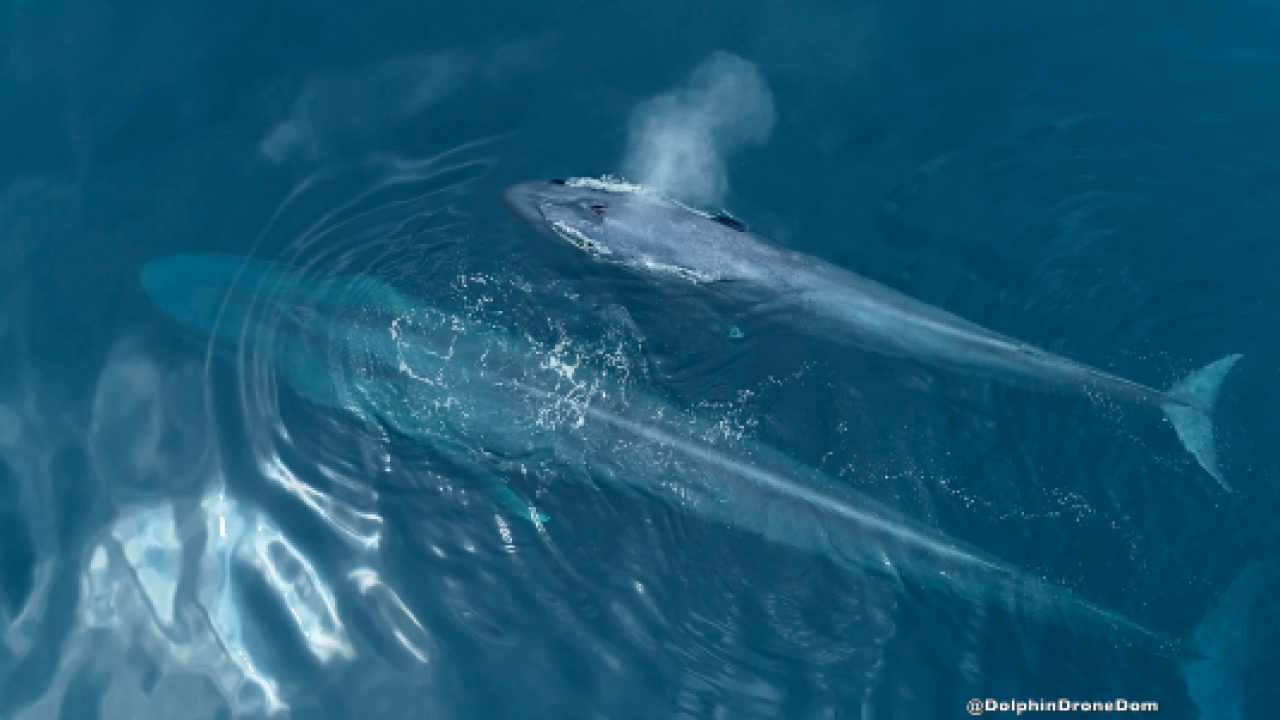 SAN DIEGO (KGTV) — A local whale watcher captured a rare sight off the coast of San Diego this week.

A blue whale and its calf were captured on drone video by photographer Domenic Biagini Wednesday about 12 miles off the coast of Mission Beach.

The beautiful sight isn't something many videographers have the chance to see, Biagini told 10News.

RELATED: Thar she blows! Where to whale watch in San Diego — by land or sea

"This kind of footage of a blue whale calf pretty much doesn’t exist. It’s me and the Our Planet documentary people that have ever captured something like this. That’s about it," he said.

The large animals generally follow the path of krill in coastal waters, Biagini said. If there's an abundance of krill the whales will spend nearly the entire summer close by, making for some excellent whale-watching opportunities.

"Last few years they haven’t stayed past the end of July because our water gets so warm that it’s not conducive to krill production," Biagini said.

But even with the footage, we still know little about the mating and breeding habits of blue whales, Biagini added.

"We have an idea where some of the animals are going to give birth, but that’s only a select few, and still doesn’t include any concrete evidence," he said. "There’s only a handful of people in the world to have filmed a baby blue with any kind of professional equipment. And an even smaller few to film something as intimate as I just did in what has to be some of the calmest conditions imaginable."