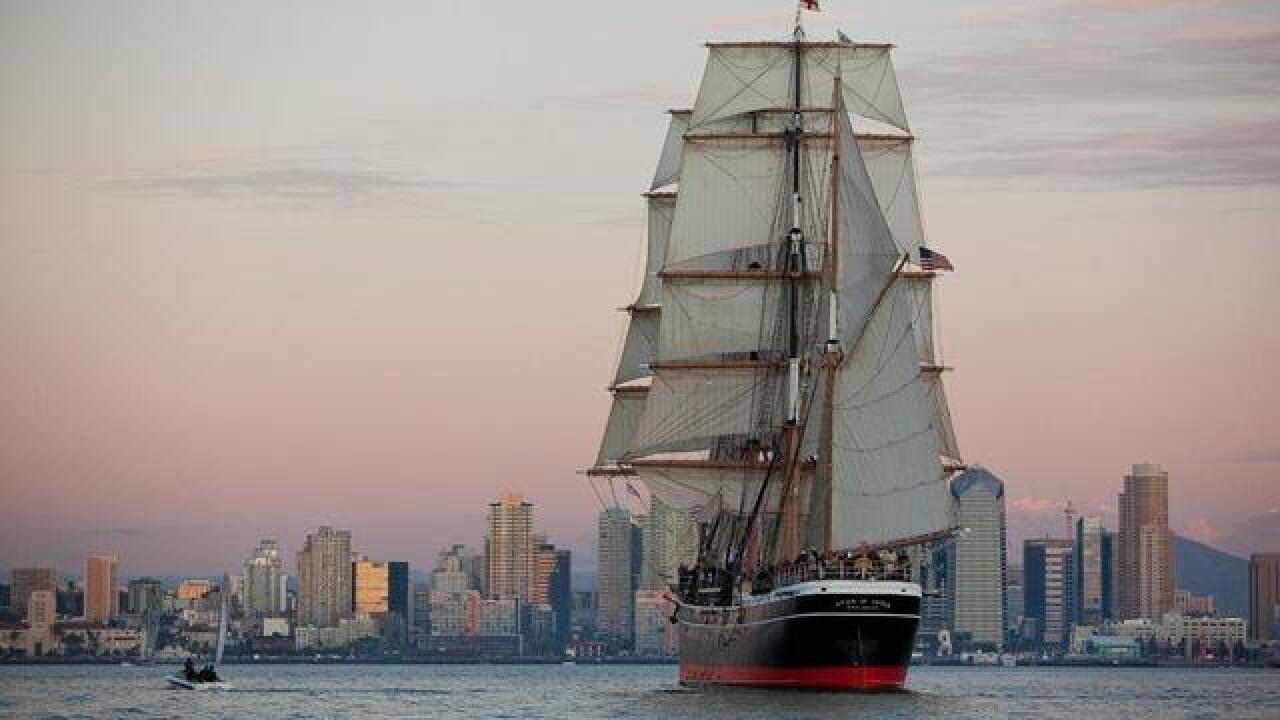 SAN DIEGO (KGTV) -- For the first time in five years, the Star of India will set sail in November.

According to the Maritime Museum of San Diego, the ship will set sail November 17 and 18. The Star of India will sail through the San Diego Bay and head out of Point Loma.

The Star of India, which has circumnavigated the globe 21 times, was built in 1863, making it the world's oldest active sailing ship.

The ship docked in San Diego in 1927 and underwent renovations in 1951.

Anyone interested in tickets can purchase them aboard the Maritime Museums Californian or the San Salvador. Tickets are $249 each and include a catered breakfast, lunch, drinks and champagne.