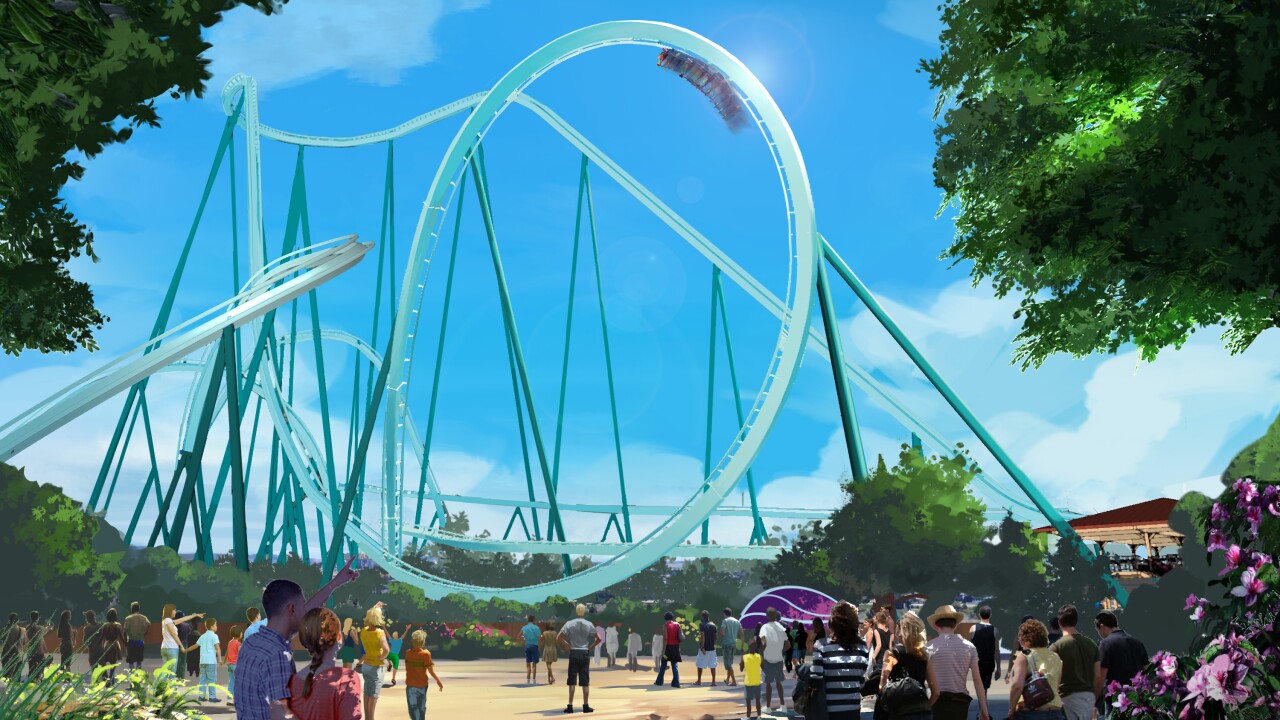 The first phase on the dive coaster started in conjunction with National Roller Coaster Day, as crews prepared the coaster site for the ride's foundation and utilities. The coaster will be located adjacent to the park's Journey to Atlantis attraction in the southeast corner of the park.

SeaWorld previously said the ride would be called "Mako," after the endangered species of shark. Now, the park says the name is up in the air with several options being considered, City News Service reported.

The coaster will climb 153 feet, leaving riders' feet dangling in the air. At the crown of the attraction, riders will be suspended on a 45-degree angle before diving 143 feet at more than 60 miles per hour.

For two minutes, riders will zip through inversions, a barrel roll and Immelmann loop, hammerhead turn, and flat spin along 2,500 feet of track. Each car will hold 18 riders in three, six-person rows.

Aquatic education will play a role in the attraction as well. SeaWorld plans to partner with a conservation group to focus on the ride's conservation efforts.

SeaWorld plans to open the coaster to the public in 2020.