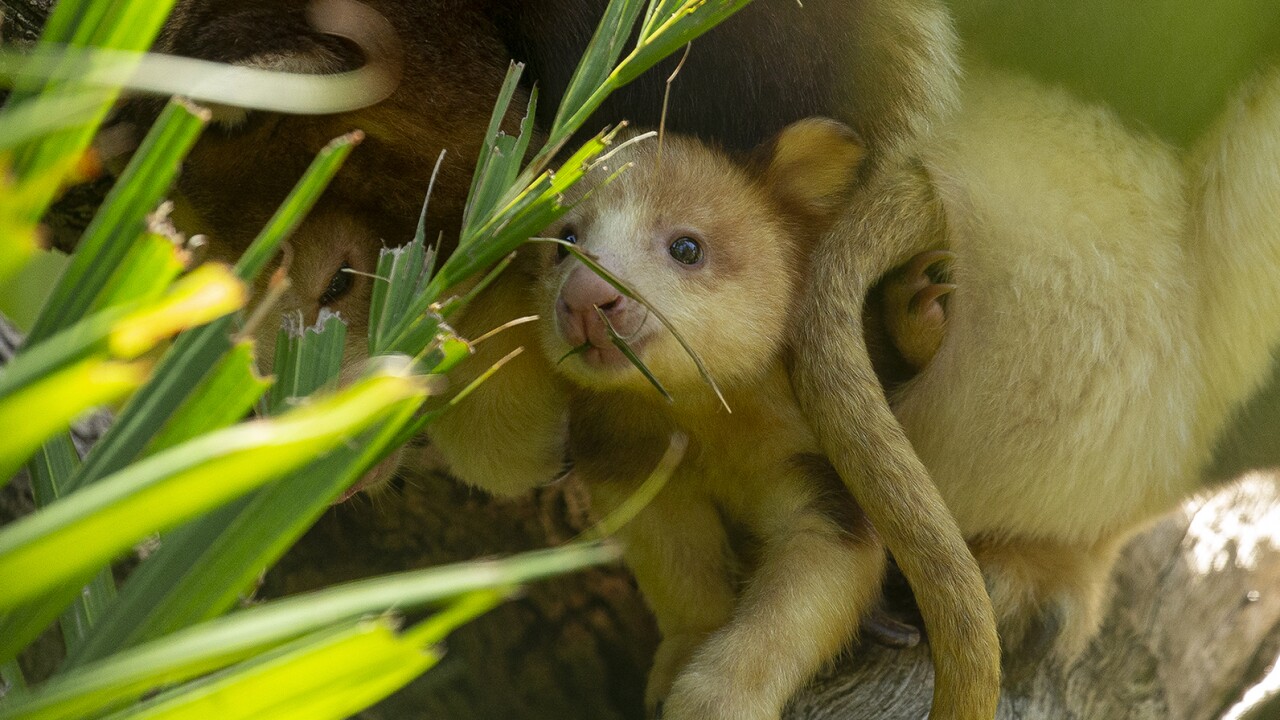 San Diego Zoo
Endangered Matschie’s Tree Kangaroo Joey Peeking from Mom’s Pouch at the San Diego Zoo Safari Park A 7-month-old female endangered Matschie’s tree kangaroo can now be seen peering out of the pouch of her mother, Polly, at the San Diego Zoo Safari Park. The yet-to-be-named youngster (called a joey) rarely leaves mom’s side but animal care staff say the joey is curious about her habitat and uses her mouth as a tool to investigate everything she can find, much like a human infant. Matschie’s tree kangaroos have an estimated 45-day gestation period, and joeys are about the size of a jelly bean at birth. Once born, the tiny joey must crawl into its mother’s pouch and attach to a nipple, to gain nourishment and continue to grow. Tree kangaroo joeys remain in the pouch for a few months, exiting for extended periods and returning to nurse. Animal care staff said Polly will wean her joey when it is about a year old, but the youngster will stay close to mom for about a year and a half. Guests visiting the Safari Park can get a glimpse of Polly and her joey in their habitat, adjacent to Zuest Station inside Walkabout Australia, the Safari Park’s newest exhibit. The International Union for Conservation of Nature (IUCN) has listed Matschie’s tree kangaroos as Endangered on its Red List of Threatened Species. It is estimated that there are fewer than 2,500 adult Matschie’s tree kangaroos left in their native habitat in Papua New Guinea and the Huon Peninsula. Photo taken Nov. 7, 2019 by Tammy Spratt, San Diego Zoo Safari Park. 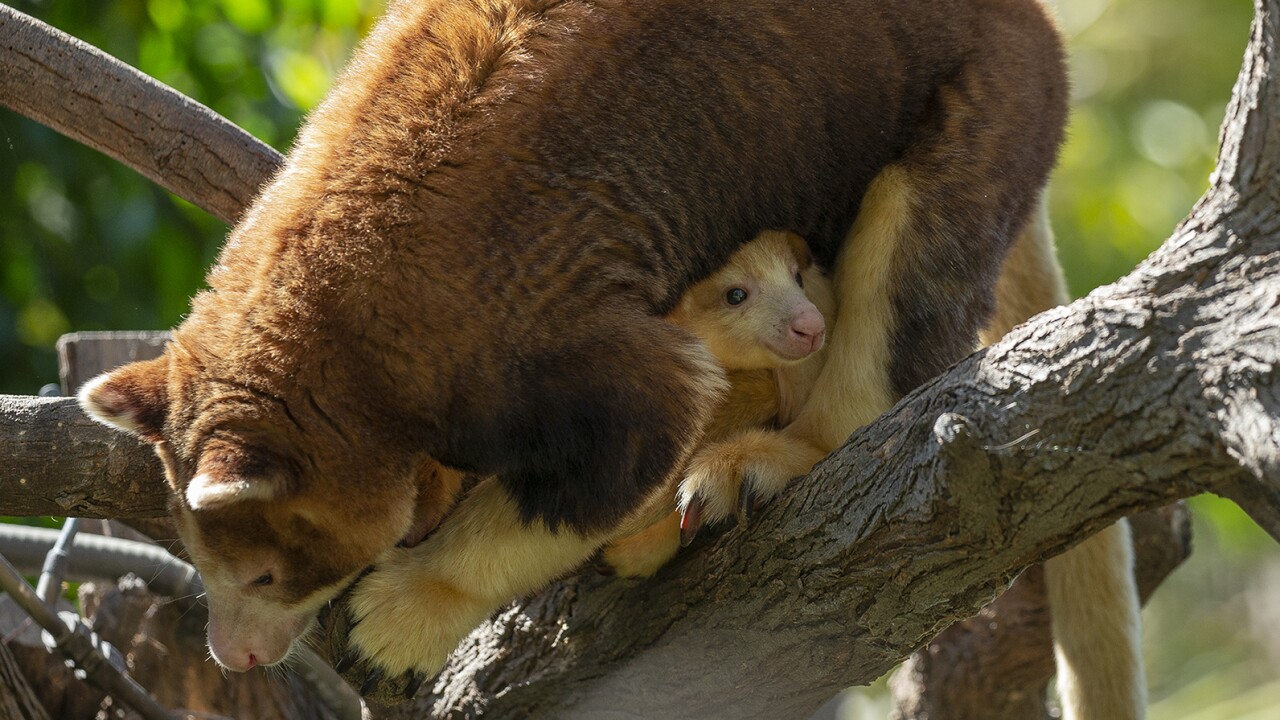 The young "joey" has not been named, but is beginning to spend more time outside her mom, Polly, according to zoo officials.

The little kangaroo doesn't stray far from her mom though, as she learns to climb and maneuver outside of the pouch, the zoo says.

Matschie’s tree kangaroos have an estimated gestation period of about 45 days and are about the size of a jelly bean when born. Once born, they crawl back into their mom's pouch and attach to a nipple to gain nourishment and grow. Tree kangaroos remain in the pouch for a few months.

“Polly is an excellent mother, and consistently grooming her little one,” Barney said. “Due to their small population numbers, this joey provides a spark of hope for the future of this species.”

The kangaroos are listed as endangered on the International Union for Conservation of Nature's list of threatened species. There are less than 2,500 of the kangaroos in their native habitats of Papua New Guinea and the Huon Peninsula.

Unfortunately, they are hunted by humans for food and trade, according to the zoo.

The zoo's Matschie’s tree kangaroos came to the Safari Park’s Walkabout Australia in 2018 as part of a Species Survival Plan breeding program.