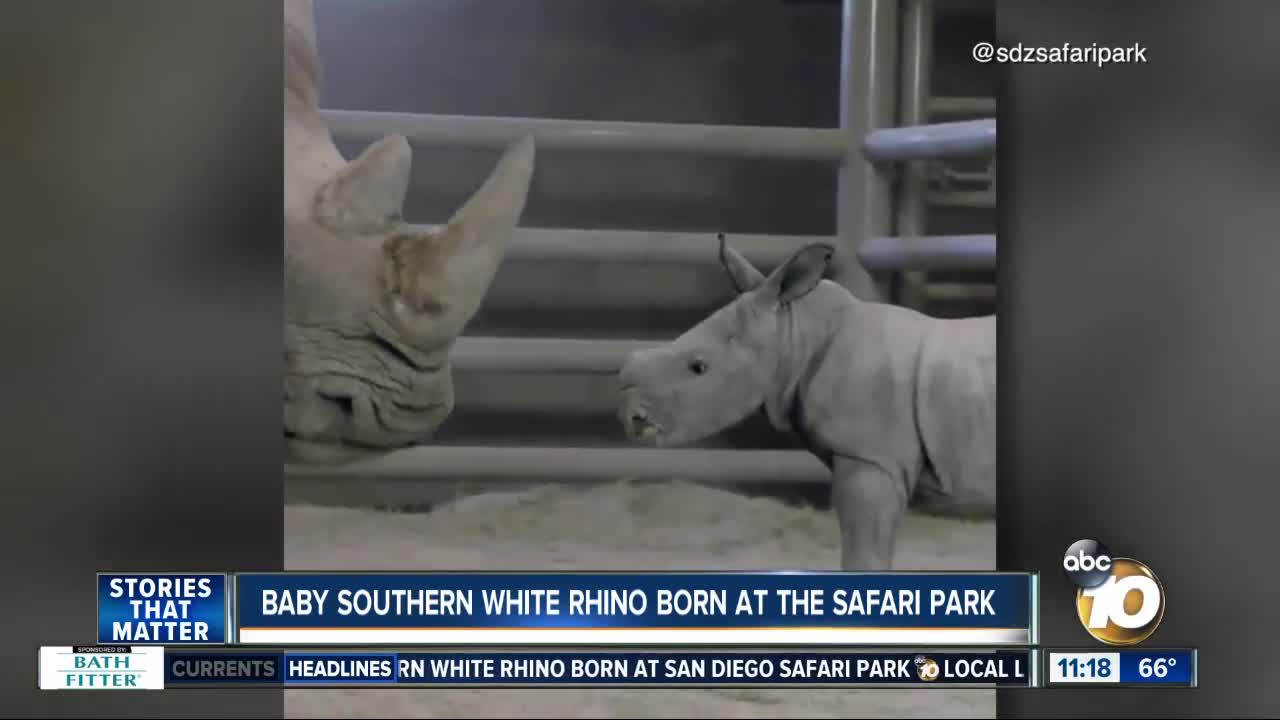 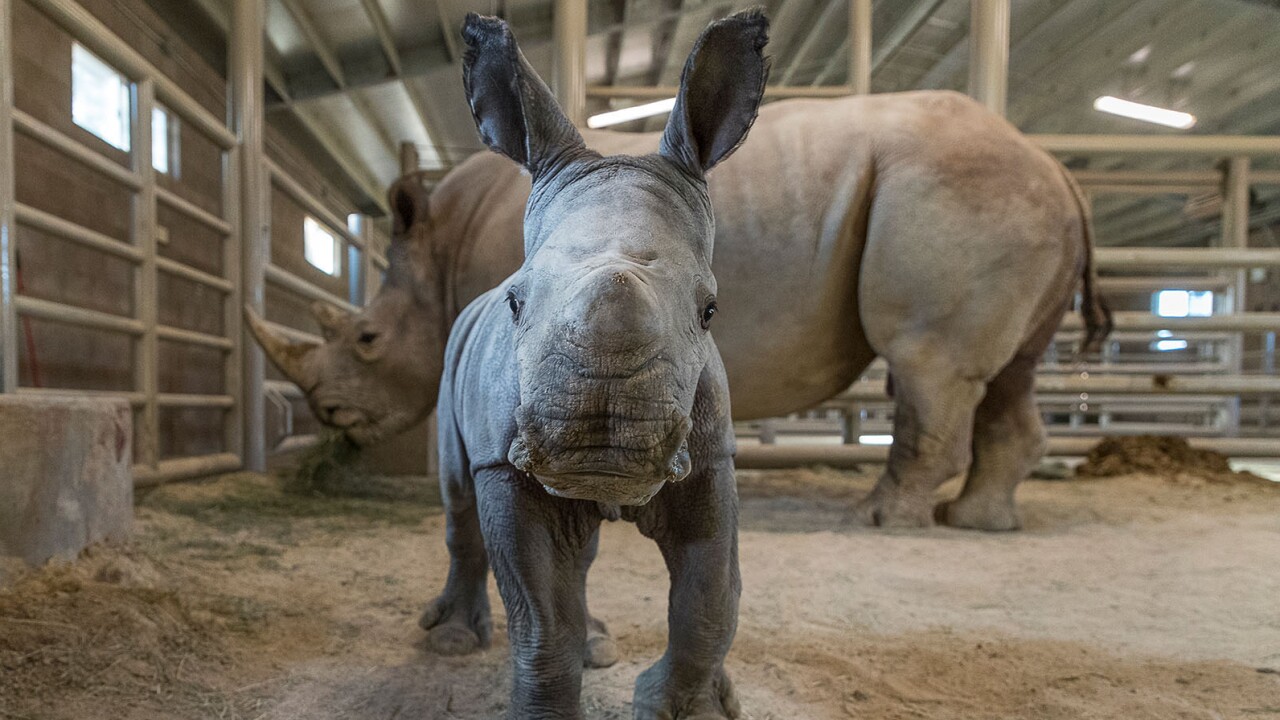 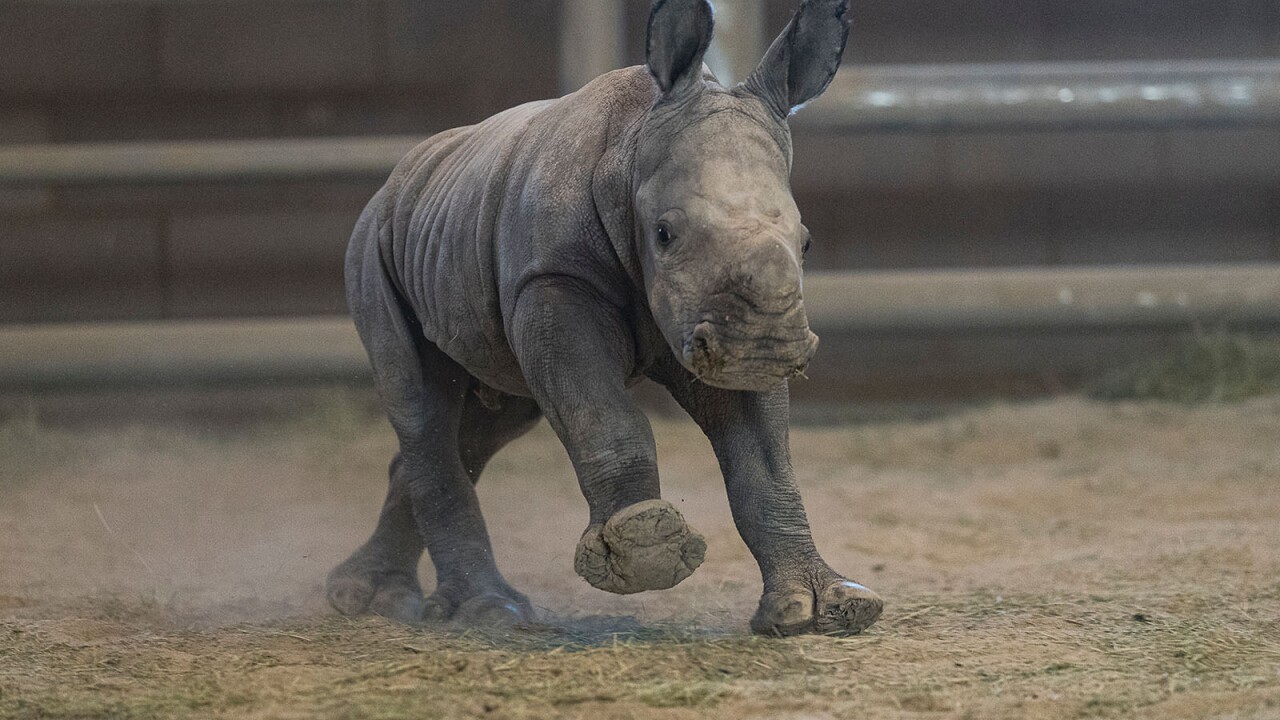 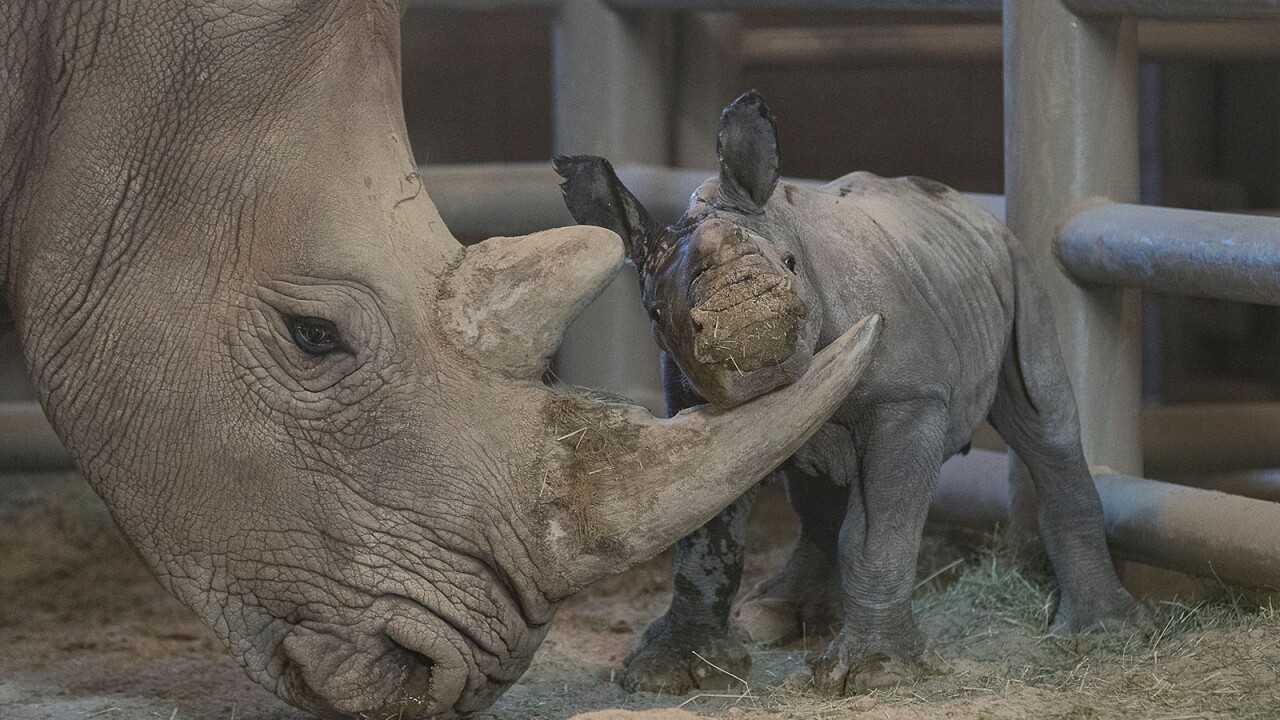 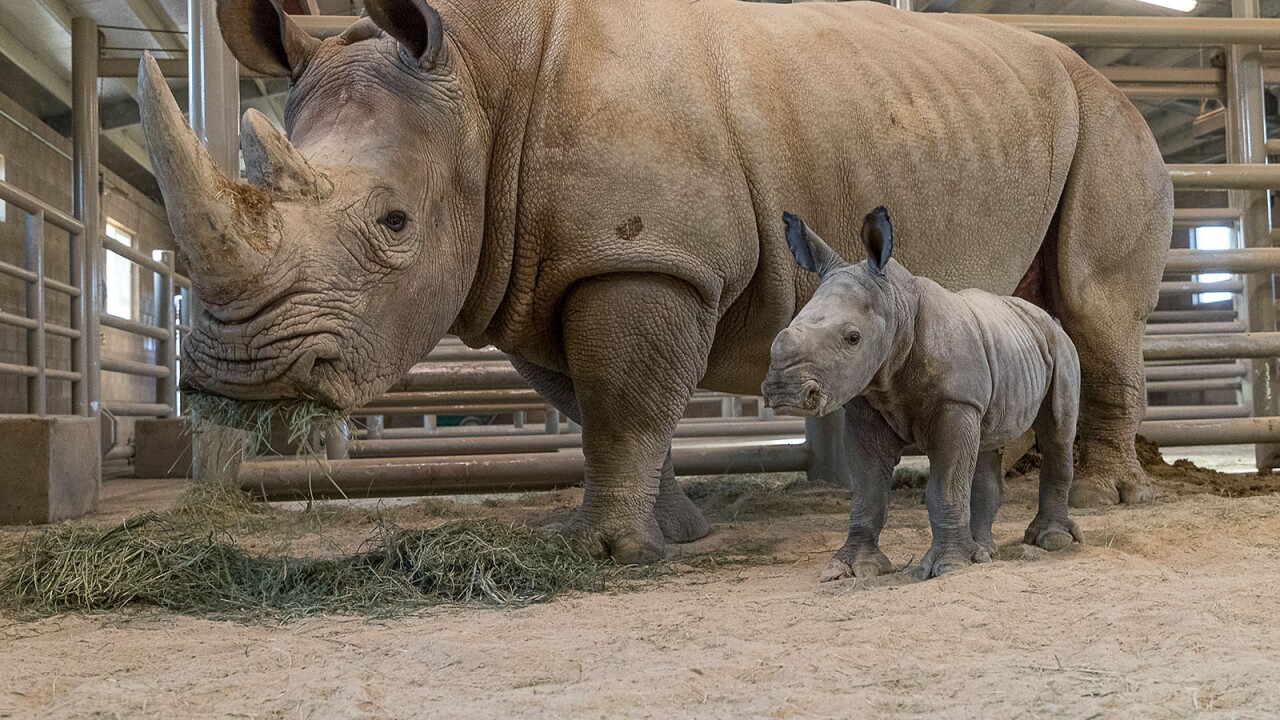 The unnamed female rhino was born on Nov. 21 just after midnight at the zoo, becoming the 100th southern white rhino born overall at the Safari Park.

The rhino's mother, 11-year-old Amani, gave birth to the calf at the park's Nikita Kahn Rescue Center, where she did extremely well during labor and is now bonding with the new calf, the zoo says.

The rhino is the second southern white rhino born via hormone-induced ovulation and artificial insemination in North America. The first rhino, Edward, was born at the park on July 28.

“We are so excited to welcome another healthy calf to the rhino crash at the Nikita Kahn Rhino Rescue Center,” said Barbara Durrant, of San Diego Zoo Global. “We are very pleased Amani did so well with the birth of her first calf, and she is being very attentive to her baby. The calf is up and walking, and nursing frequently, which are all good signs. Not only are we thankful for this healthy calf, but this birth is significant, as it also represents a critical step in our effort to save the northern white rhino from the brink of extinction.”

“We believe in the importance of this work because it has the potential to be applied to save other wildlife, including the critically endangered Sumatran and Javan rhinos," said Paul Baribault, CEO of San Diego Zoo Global.

While the science is complex, zookeepers hope to see a northern white rhino born in 10 to 20 years.