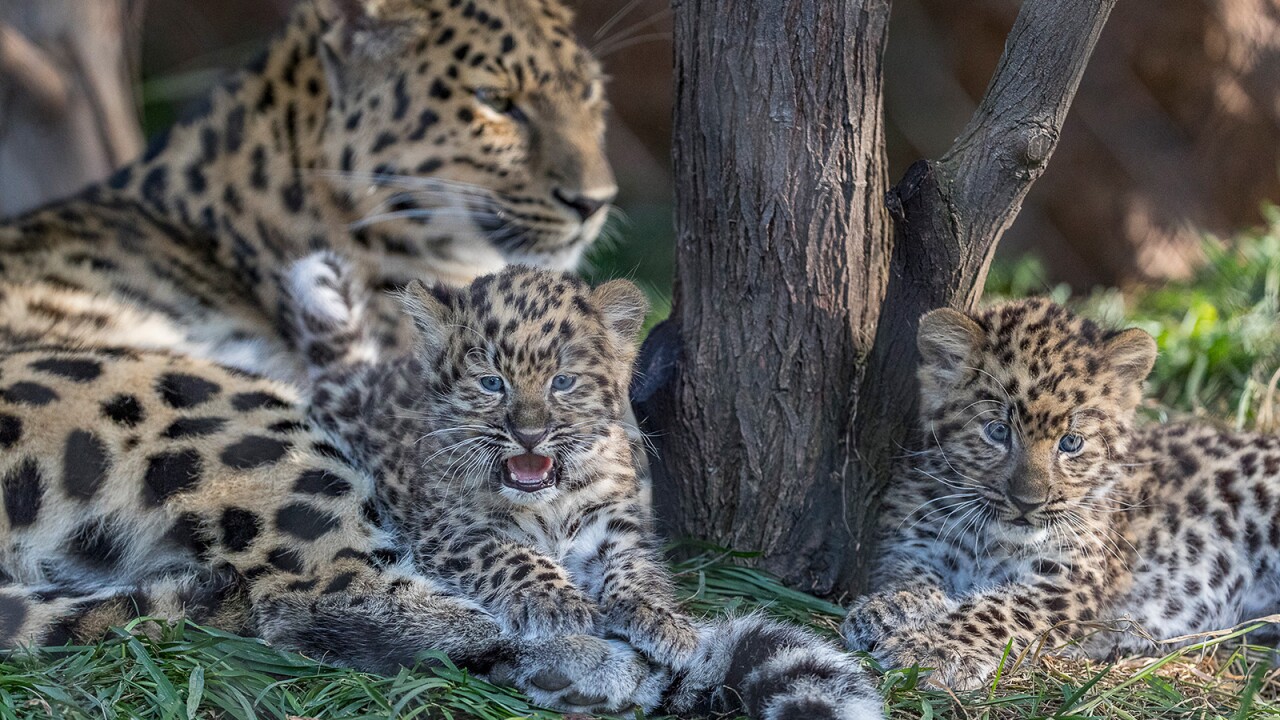 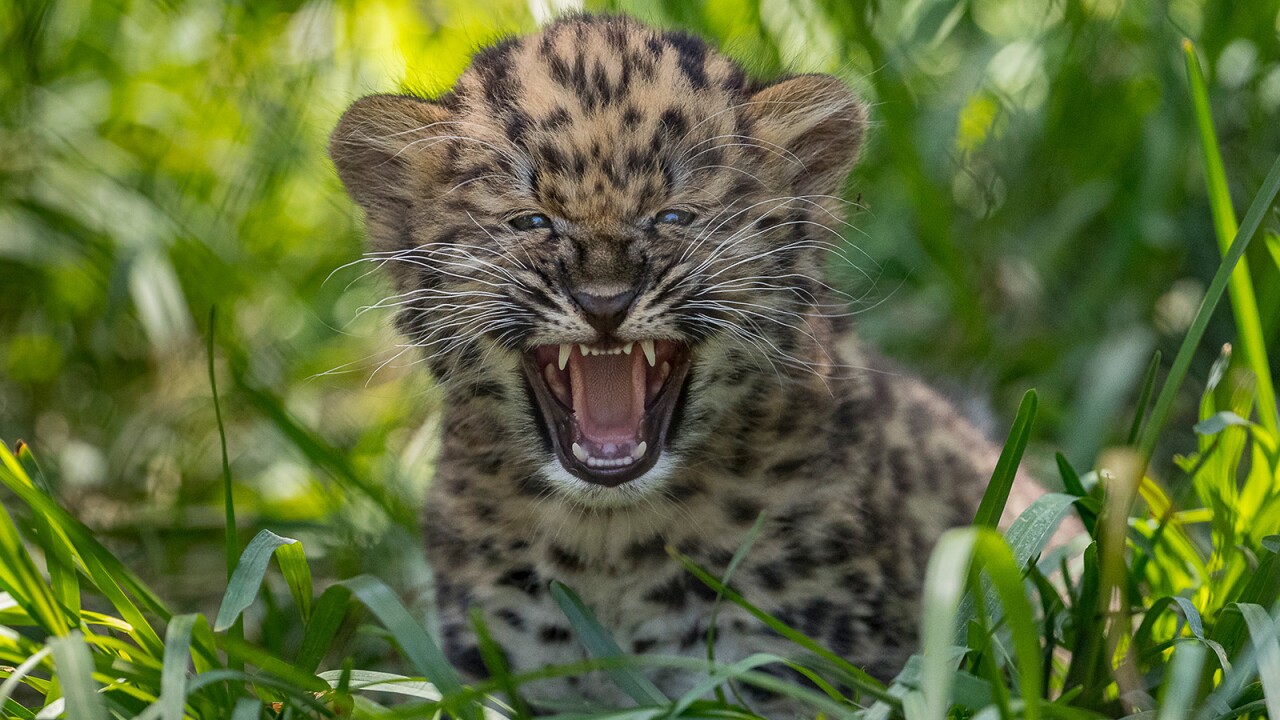 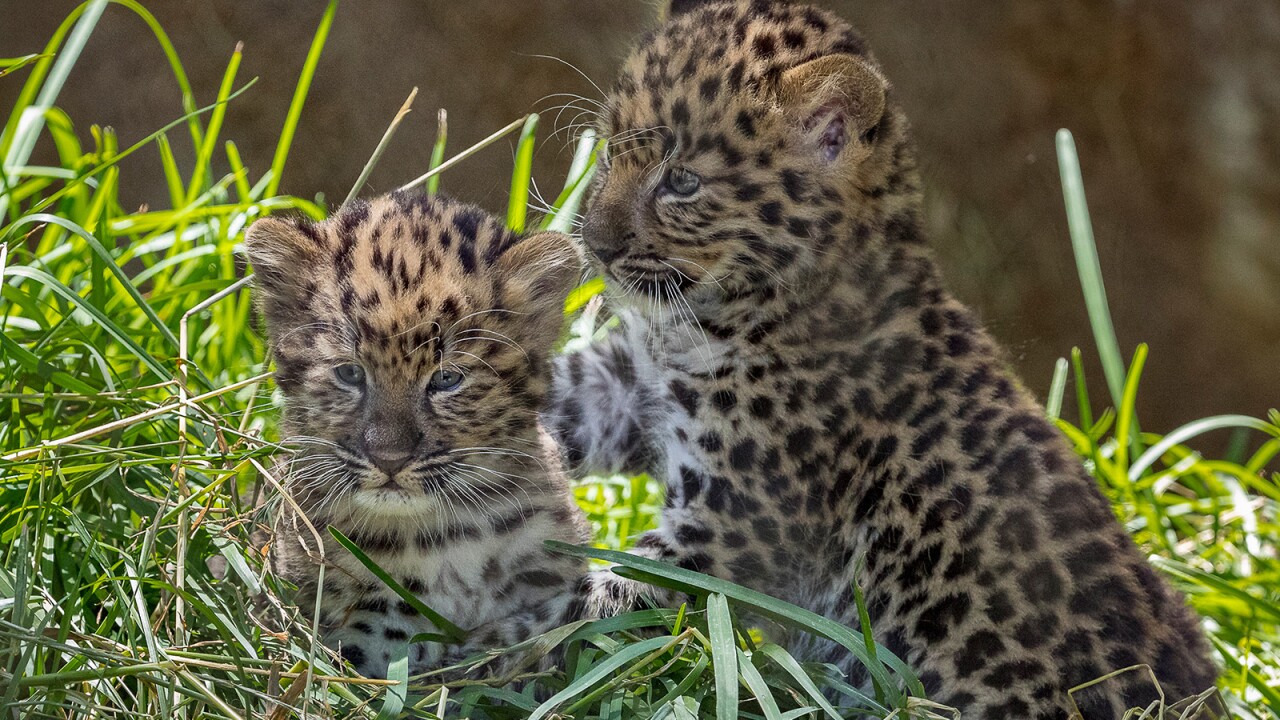 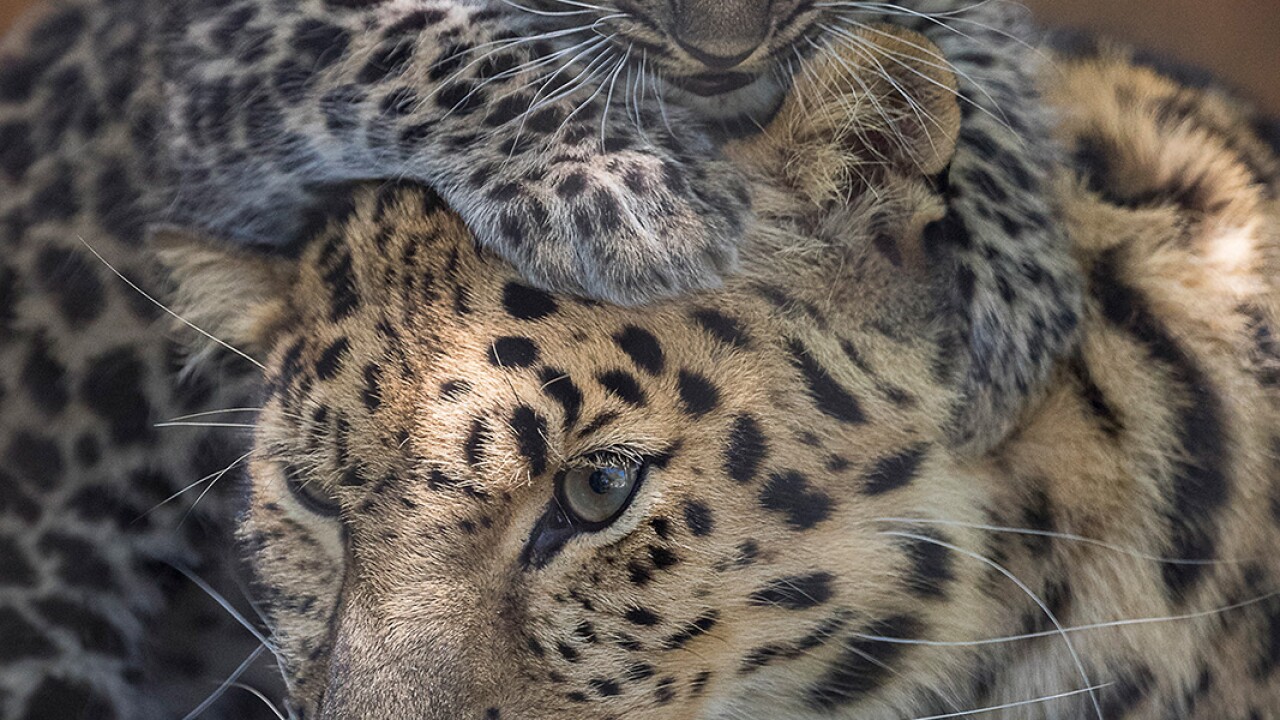 The unnamed cubs, born April 26, will have their first veterinary exam this week which will reveal the sex of the cubs.

"The cubs are climbing up on the rocks, they are getting into the trees, sometimes listening to mom and sometimes not," said Kelly Murphy, senior wildlife care specialist, San Diego Zoo. "Their personalities are still developing, and I’m looking forward to see what they become."

The cubs' mother, Satka, has ventured out with the newborns daily and is already showing her kids how to stalk and climb, the zoo says. The animals are being raised in the park's Africa Rocks leopard habitat.

Amur leopards are the rarest of the big cat species on Earth. There are fewer than 100 Amur leopards believed to exist in the habitats of Russia and China. The species has been decimated in the wild due to loss of habitat and poaching for their thick coats.