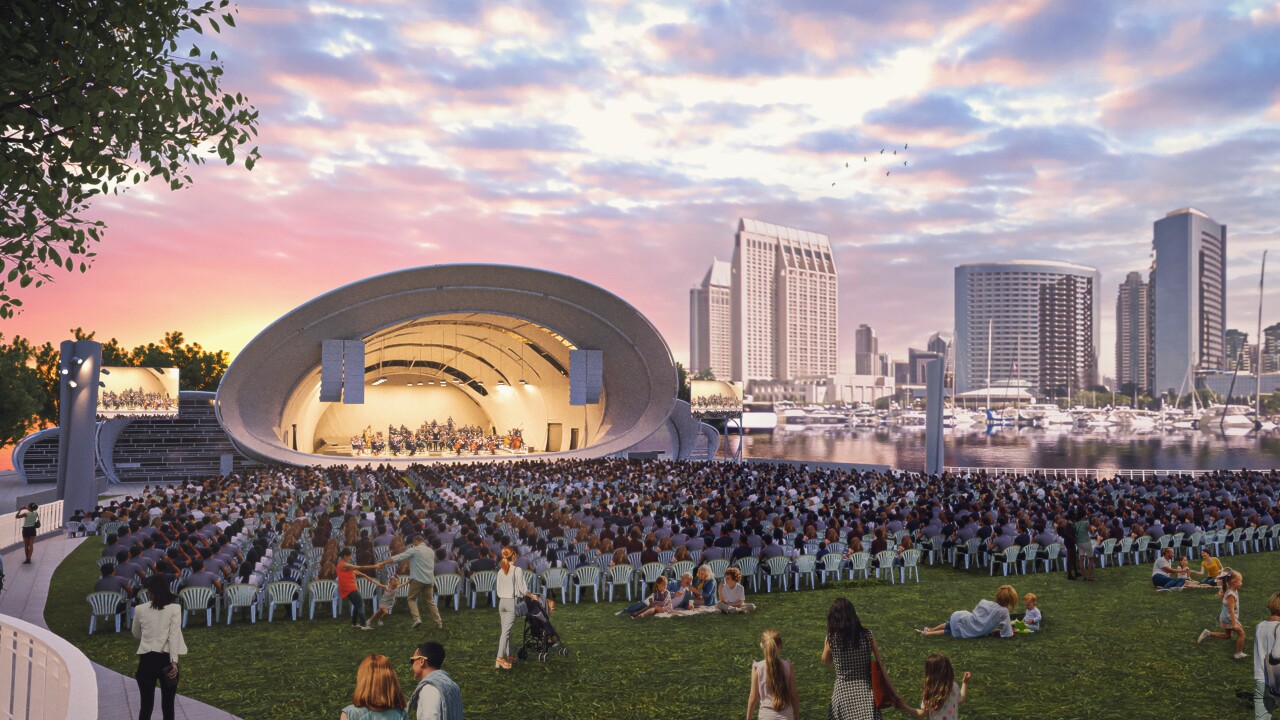 "The Shell" concert venue will open at Embarcadero Marina Park South for its inaugural season on July 10, according to the symphony.

“The work of creating a new venue is among the most rewarding work that exists,” said Martha Gilmer, San Diego Symphony CEO. “The Shell has been formed over time and with great care and affection to shelter and focus the musicians that will perform for years to come on this stage. They are the organic material that will fill The Shell with life and offer unimaginable and unforgettable experiences to audiences."

San Diego Symphony calls The Shell one of the "most acoustically superior" outdoor concert venues in the U.S. The 13,000-square-foot stage is covered in a shell-shaped dome, projecting entertainment toward audiences. The venues seating allows up to 10,000 guests.

During events, guests will be able to order concessions from a new food pavilion and at carts stationed around the venue.

Surrounding The Shell is a public promenade with lighting and other features for use during non-event hours. To see the symphony's full season lineup, click here.