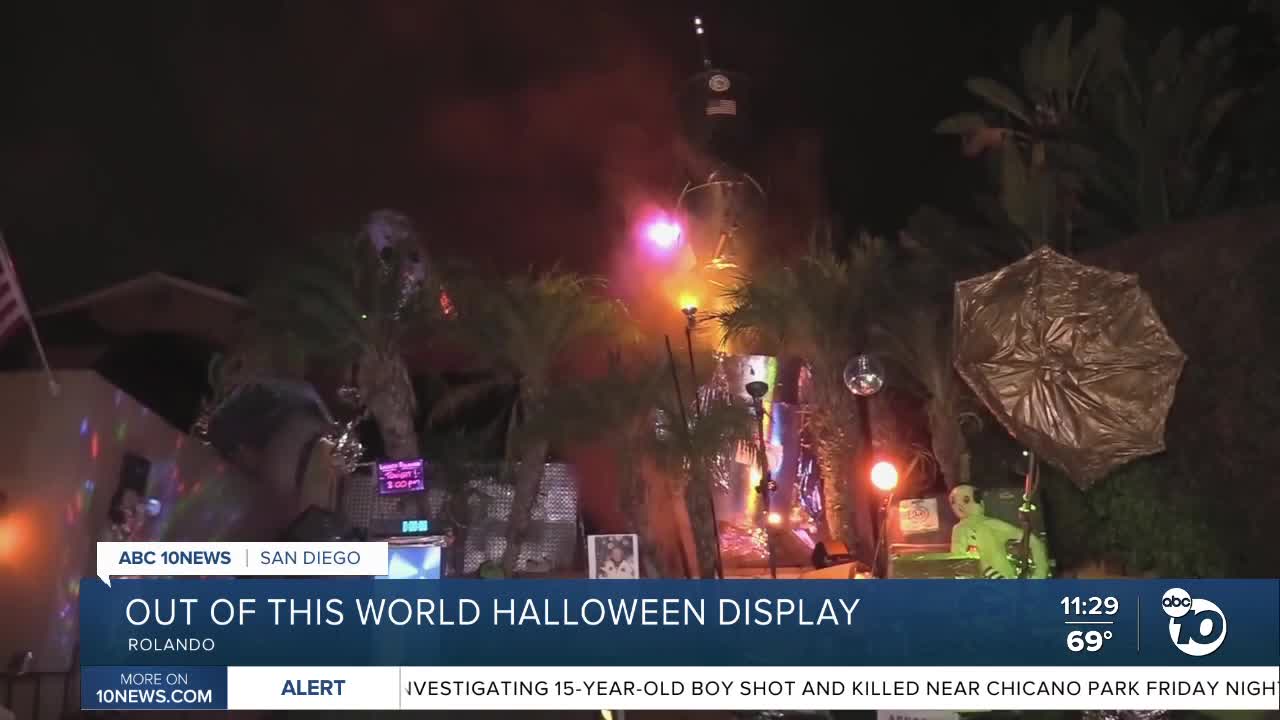 A Rolando resident is taking Halloween decor to new heights this month, with a NASA-themed display outside his home. 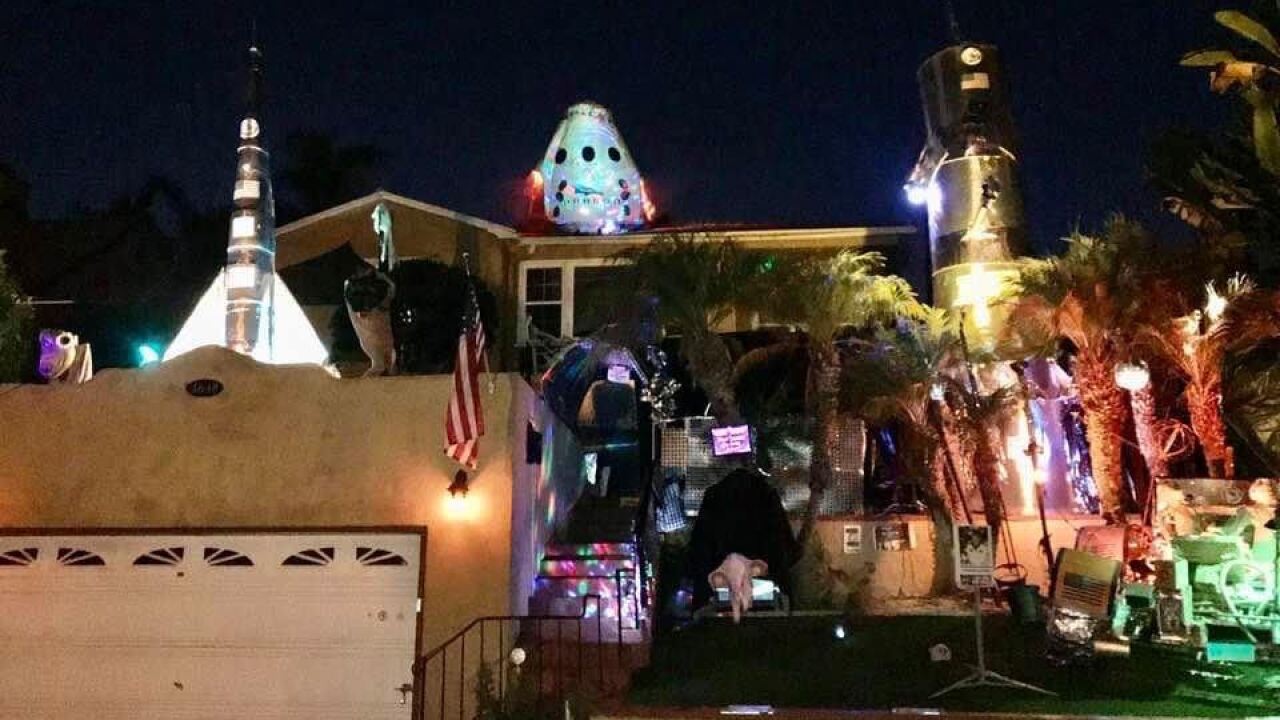 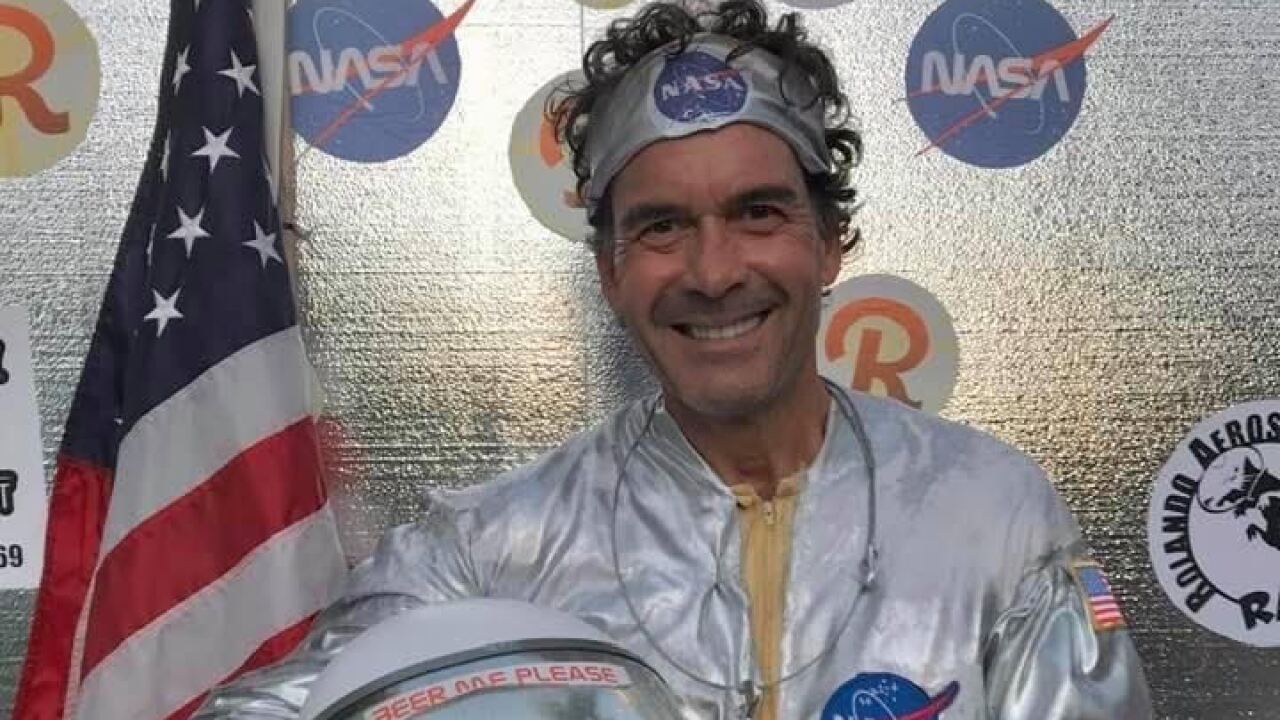 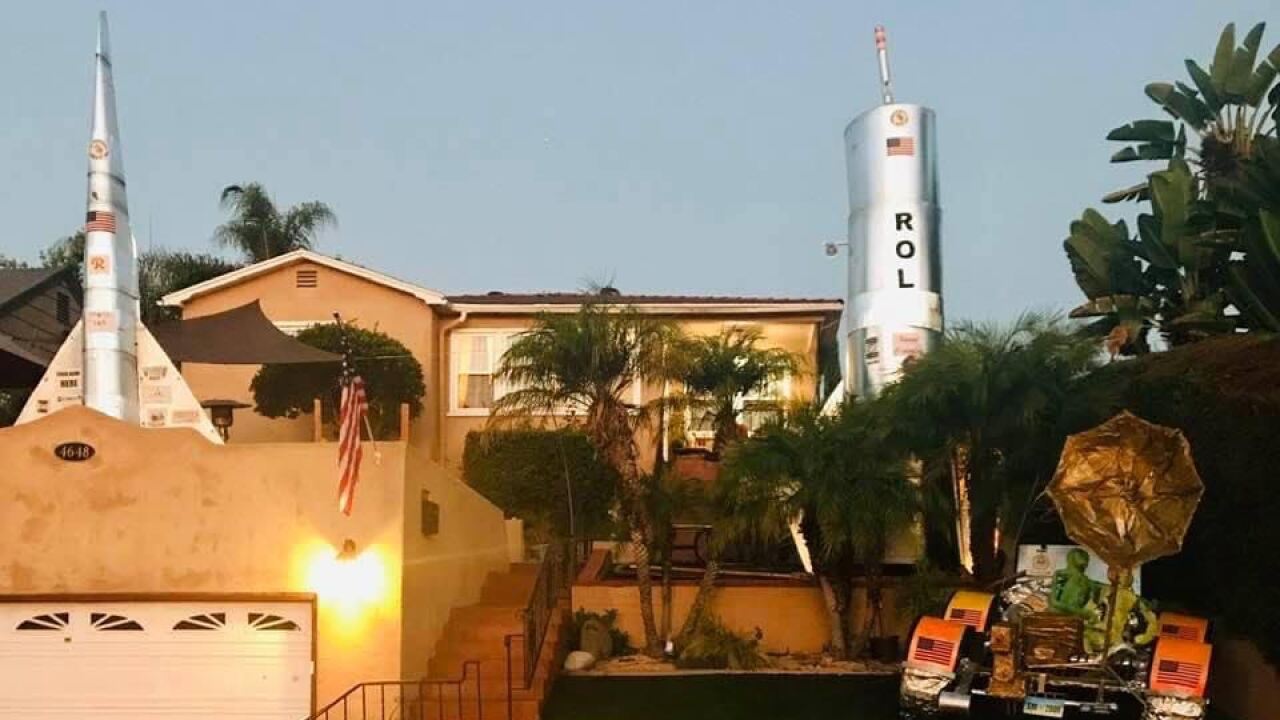 SAN DIEGO (KGTV) — A Rolando resident is taking Halloween decor to new heights this month, with a NASA-themed display outside his home.

Greg Jones is known in the neighborhood for his elaborate Halloween displays. Every year, locals expect an out-of-this-world display. This year, he took that reputation literally.

Saturday night, dozens of neighbors and volunteers witnessed the inaugural rocket launch outside the home at 4648 Rolando Blvd., which took months to complete.

The celebratory launch came complete with Jones in costume as an astronaut, a moon rover, space capsules, and a 30-foot rocket.

The massive space display will be up through Halloween, with a "rocket launch" visible each night.

In years past, Jones has delivered a heaping dose of Halloween to his street, bringing mammoth displays including a giant Octopus and King Kong to life over his home.