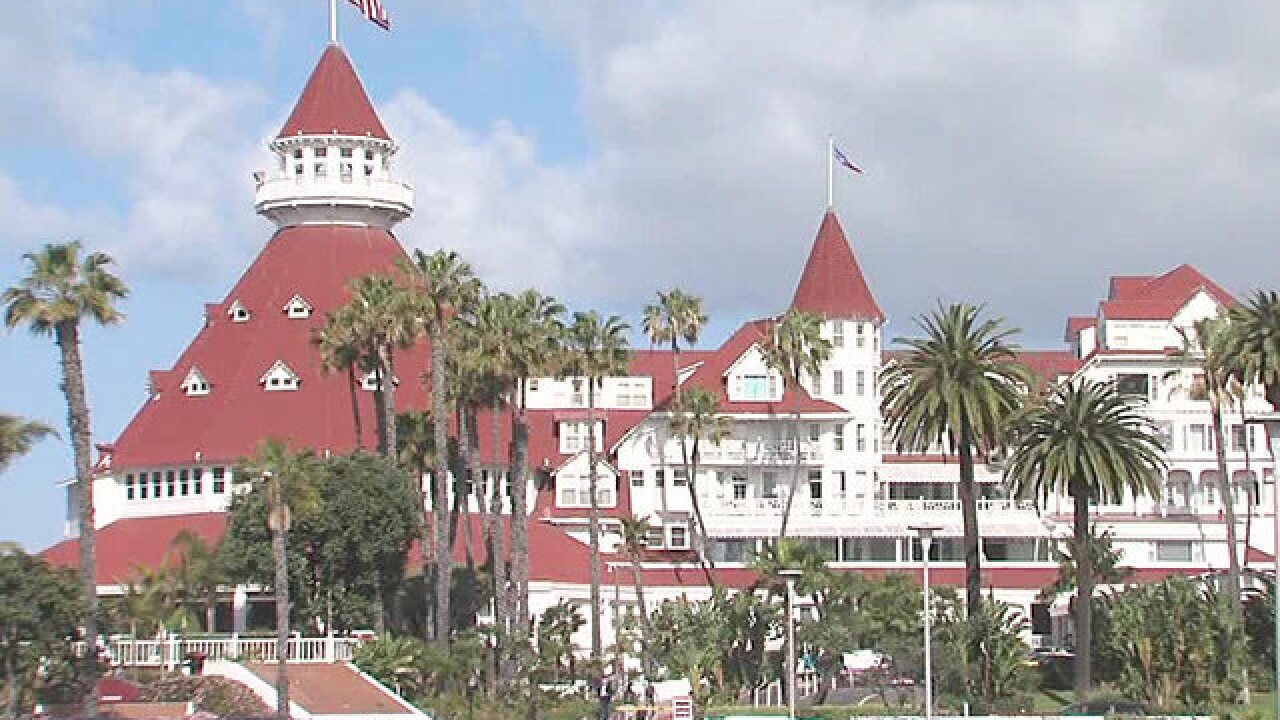 Copyright 2018 Scripps Media, Inc. All rights reserved. This material may not be published, broadcast, rewritten, or redistributed.
Affidavit: $511.03 spent on or about Aug. 28, 2011, at Hotel del Coronado "for a family celebration."

California's tourism board looked at the state's most iconic hotels and two local stays boast storied pasts along with luxury: the Hotel Del Coronado and the US Grant.

The two historic hotels have played a role in San Diego's history and development for more than 100 years. The Del is often regarded as a tourist attraction and opulent stay, while the Grant has served as a legendary addition to the heart of downtown San Diego.

Locals and tourists can explore both locations themselves, as Coronado Historical Association offers tours of the Del, while the Grant offers tours of its own halls to guests.

Hotel Del Coronado: Since 1888, the Hotel Del Coronado has inspired beach-goers with its red, castle-like turrets and pristine sands. The hotel, referred to as Coronado's crown jewel, is regarded as on of San Diego's most famous hotels. The location served host to a list of icons, including Marilyn Monroe, and starred alongside Monroe in the 1959 comedy "Some Like It Hot." The state's tourism board touts the hotel's location as a iconic summer stop surrounded by small-town beach charm.

US Grant: History awaits in downtown San Diego, where the US Grant hotel offers luxurious views, stays, and history. The hotel was constructed in 1910 by the late president Ulysses S. Grant's son for $1.9 million. Upon opening, the hotel celebrated with a day-long romp that include some of the most noteworthy of SoCal society back then. But in the decades that followed, the hotel went through difficult times. In 2003 it was purchased by Sycuan. The tribe set out to restore many of the hotel's original attributes, which guests can enjoy today.