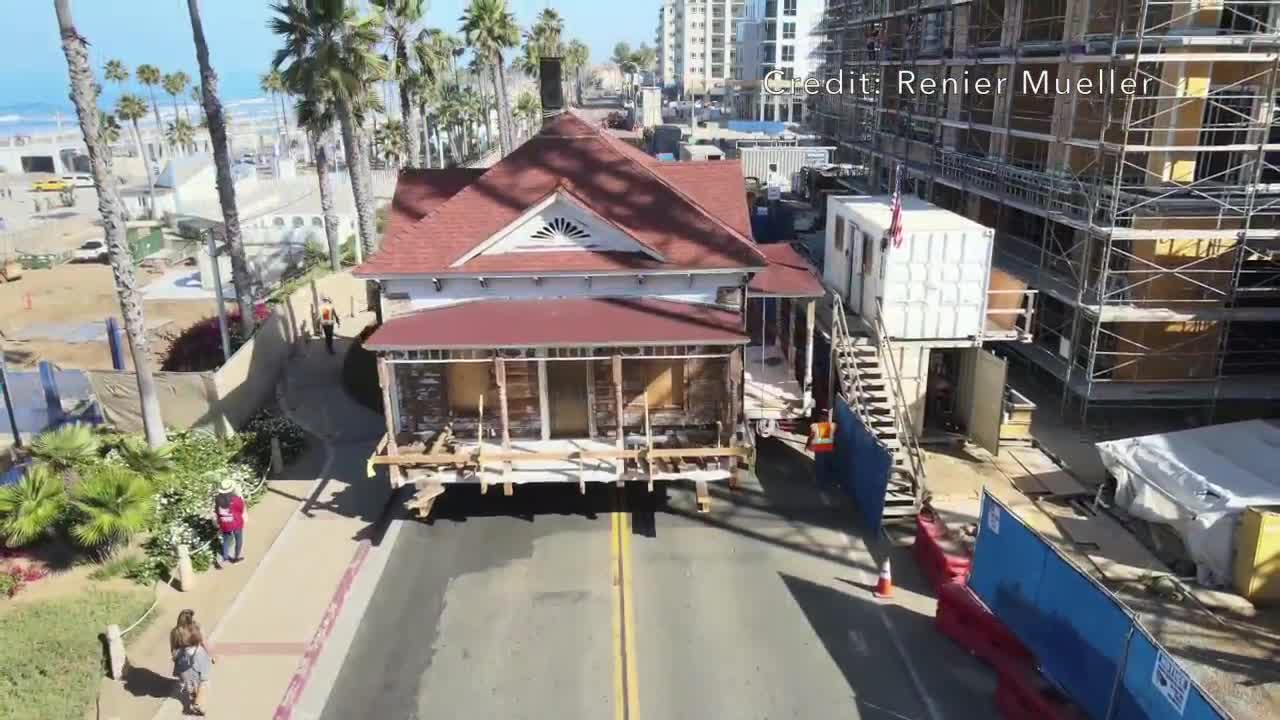 Oceanside's famous "Top Gun" house has been moved to its permanent spot amid construction of a new beach resort. 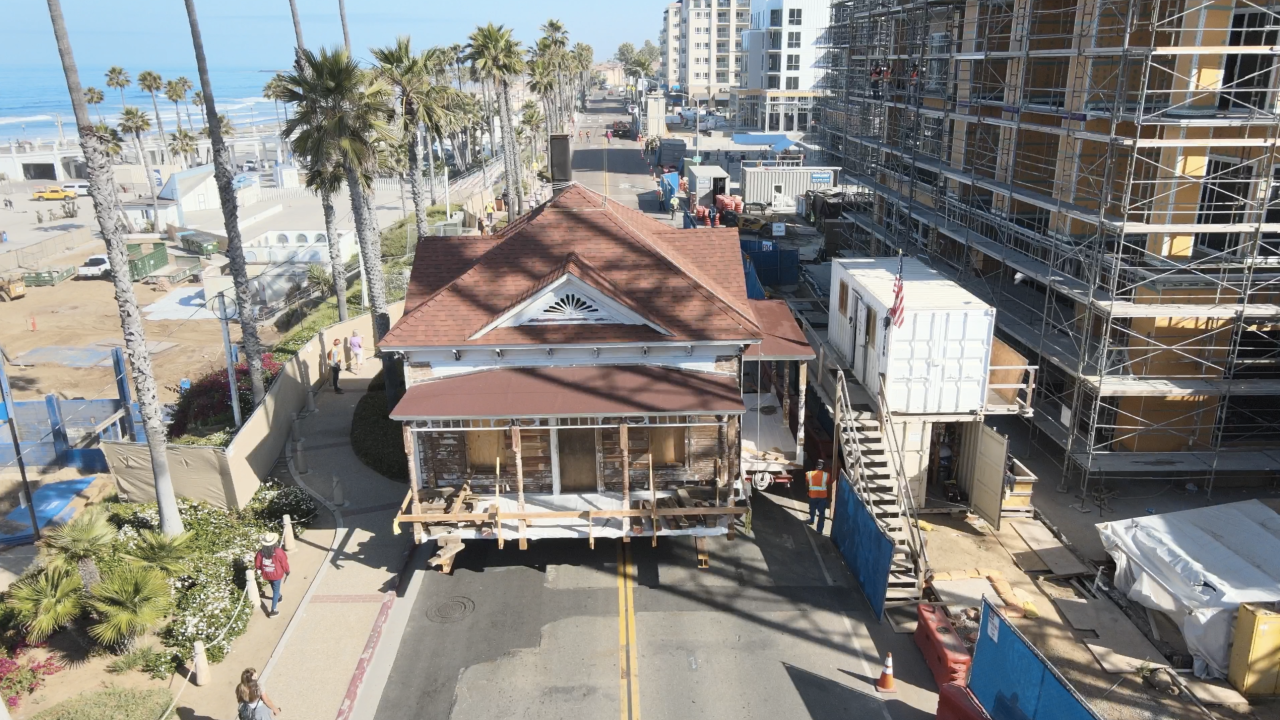 OCEANSIDE, Calif. (KGTV) — Oceanside's famous "Top Gun" house has been moved to its permanent spot amid construction of a new beach resort.

The famed "Graves House" was moved last February to allow construction to begin on the Oceanside Beach Resort, before returned to its final spot last Thursday.

In the 1986 action flick, the rare Victorian home served as the residence of the character Charlie. Since, it's become a local cinematic treasure in addition to other areas of San Diego, like Kansas City BBQ, featured in the film.

The iconic cottage was then restored, according to developed S.D. Malkin Properties, Inc. The home underwent structural improvements and cosmetic detailing to help the home retain its Victorian features.

The developer is looking at ways to incorporate the Graves House into commercial uses that are accessible to the public.