New 'Inside Out' ride opening at California Adventure Park this summer 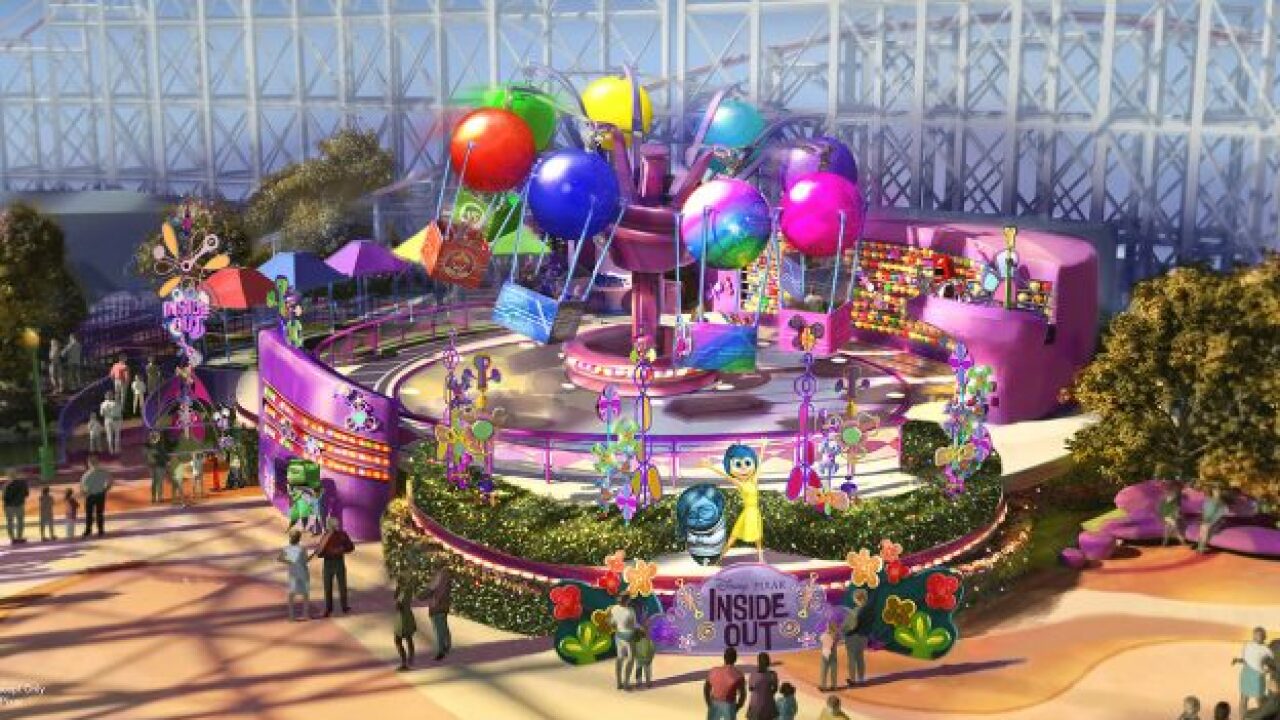 (KGTV) — Guests at Disney's California Adventure Park will be able to get in tune with their emotions on a new attraction featuring the characters from "Inside Out" this summer.

The theme park's "Inside Out Emotional Whirlwind" attraction will open at Pixar Pier this summer, the park announced. The carousel-style ride will invite riders to hop aboard one of eight "memory movers" surrounded by shelves "packed with glowing recollections."

The family-friendly attraction will let riders explore the workplace of Inside Out's emotions — Joy, Sadness, Fear, Disgust and Anger — and attraction posters throughout Pixar Pier will give a glimpse into the ride's imaginative themes.

The ride's opening will also coincide with a slew of new offerings openings or planned attractions to Disneyland and California Adventure, including "Star Wars: Galax'y Edge," a new Marvel-themed land in 2020,