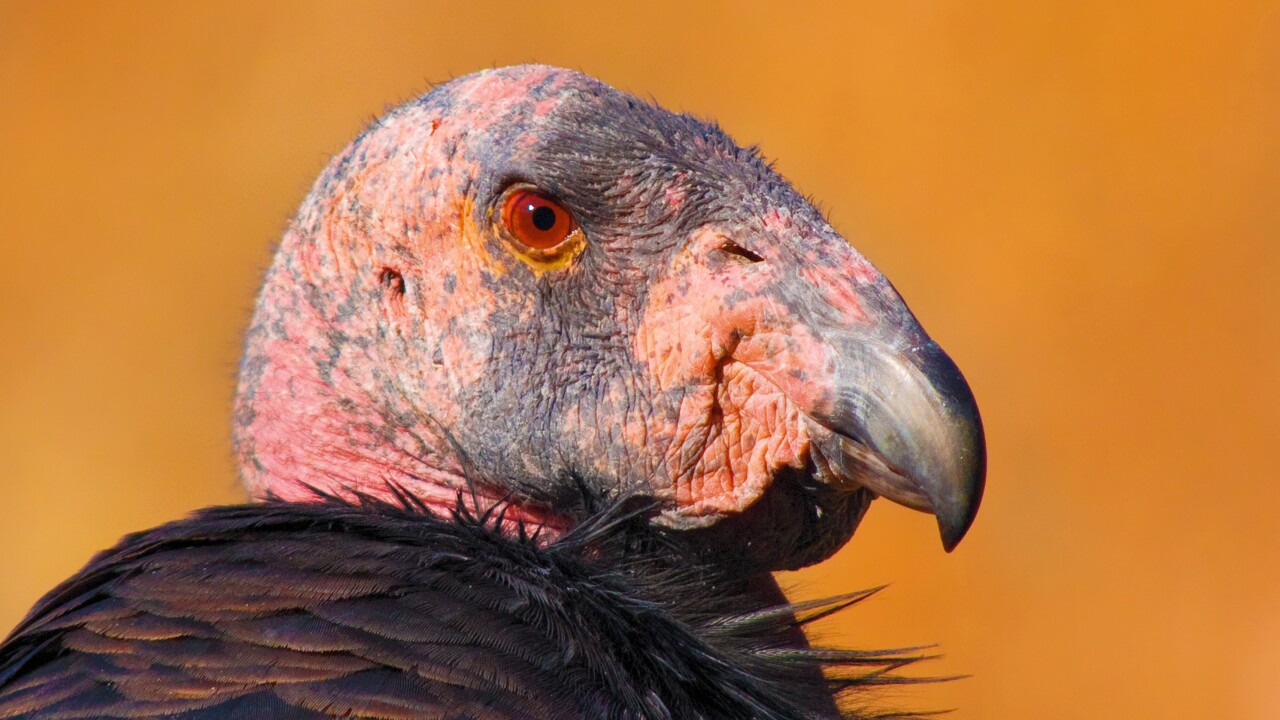 National Parks Service
Image of the red, featherless head of a California condor in profile, with feathered shoulders visible at Pinnacles National Park.

SAN DIEGO (KGTV) — They're sometimes referred to as nature's "clean up crew," generally depicted tearing the last remnants of nutrition off the bones of an animal.

"We’re busting old myths and highlighting the fascinating facts and importance of these superb scavengers," the zoo says.

Special feeding demonstrations and displays will also help visitors learn even more about the incredible bird:

According to the zoo, vultures serve as clean up and are vital to ecosystems, performing the job that no other animal seems inclined to do. It helps that the birds' bald heads help keep rotting food stick to their head as they eat — it's like they were made for the job.

Not all of these endangered birds perform the same behavior, the zoo points out online.

While the Ruppell's vulture dines on typical vulture fare, they also are the highest-flying bird out there, reportedly being spotted flying as high as 35,000 feet.

Of course, there's the California Condor, which the zoo has helped bring back from the brink of extinction to begin populating the state once again. They're one of the largest flying birds in the country.

Egyptian vultures don't have a bald head because their food isn't as messy. Instead, they dine on lizards, overripe fruit, rabbits, and ostrich eggs. They're actually one of the only tool-using birds, using rocks to crack the tough eggs and feed on the insides, the zoo says.

That's just a taste of some vulture knowledge guests will soak in Aug. 31 to Sept. 2.