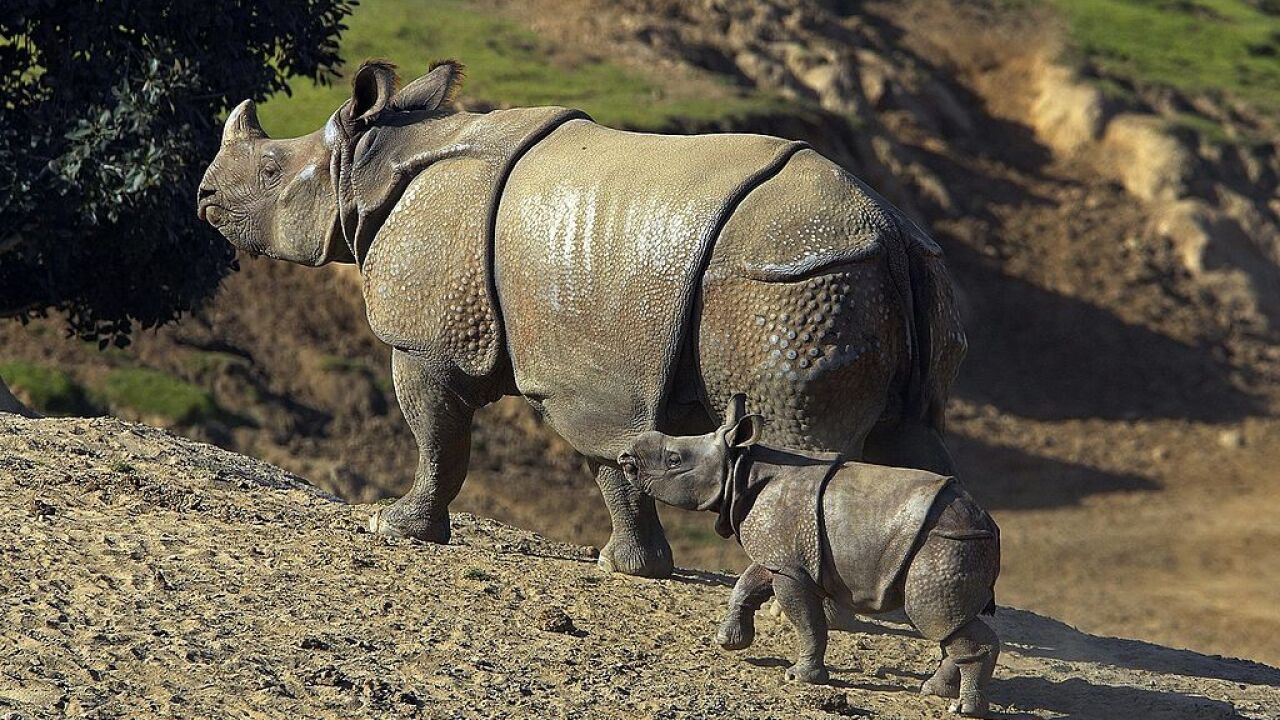 Handout/Getty Images
SAN DIEGO, CA JANUARY 26: In this handout photo ?Lali,? an 8-week-old female Indian rhinoceros calf, made her first public appearance San Diego Zoo?s Wild Animal Park alongside her first-time mother, Gari on January 26, 2006 in San Diego, California. Lali, which means darling girl in Hindi, is the 50th Indian rhino calf born at the Wild Animal Park since the first two individuals of this critically endangered species first arrived in 1972. Known as the foremost breeding facility in the world for this species, the Wild Animal Park is home to 16 Indian rhinos, the largest of any population in the United States. (Photo by Ken Bohn/Zoological Society of San Diego via Getty Images) 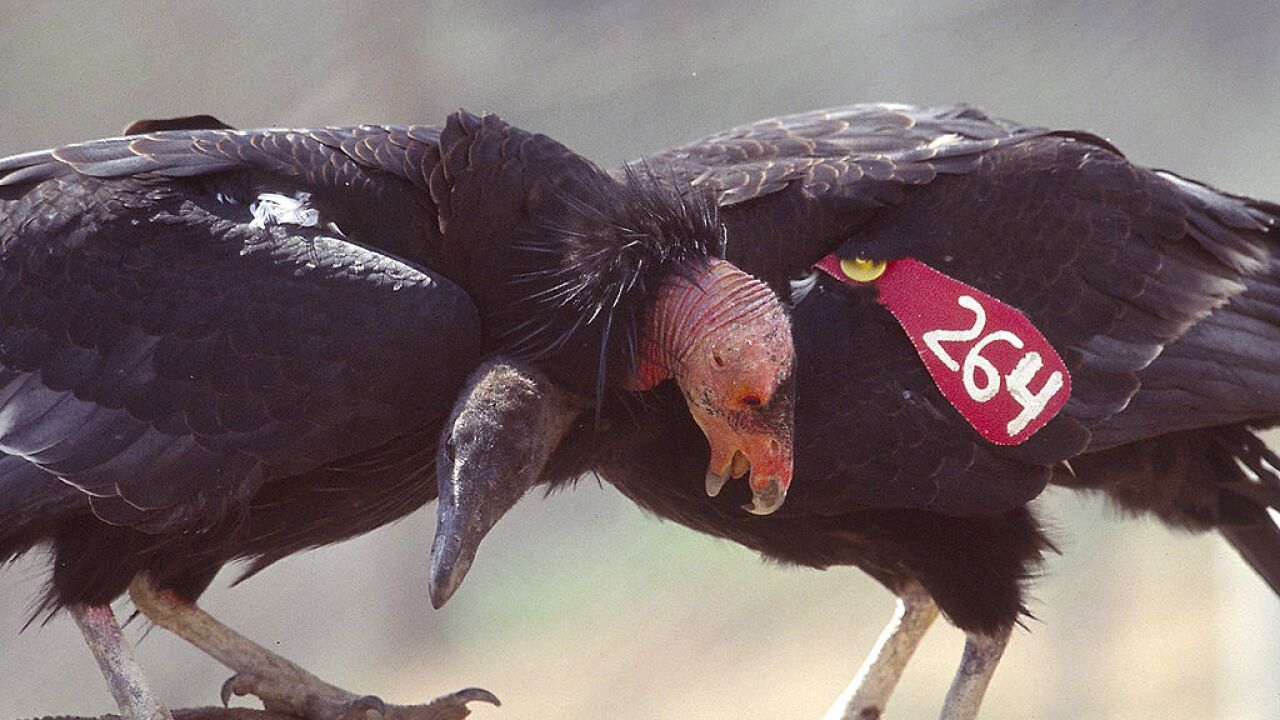 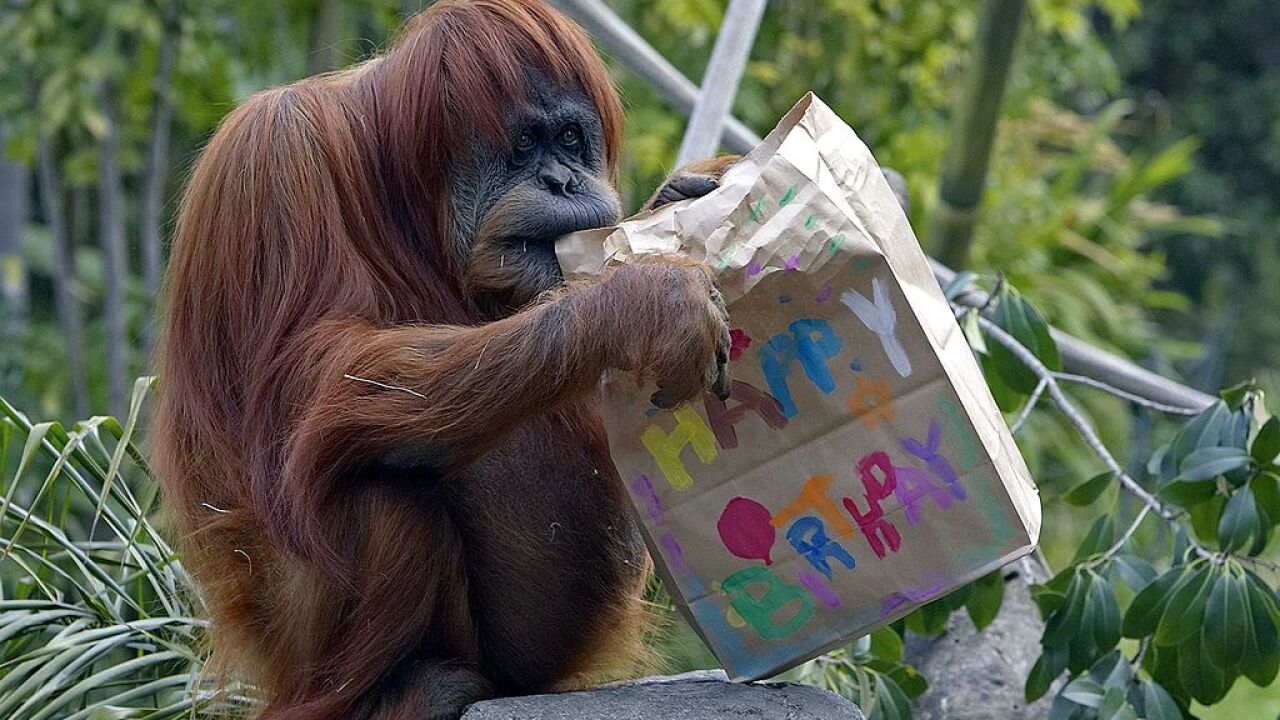 Monday, the Trump Administration moved to lessen protections established in the act. The moves effectively end blanket protections for animals newly classified as threatened and now allow economic cost to be taken into account when deciding whether a species must be protected.

"We are concerned that the changes to the Endangered Species Act will make it more difficult for us to protect species across the world for future generations," San Diego Zoo tweeted. "We have a rich diversity of unique species, many of whom find refuge in San Diego county. The proposed changes will reduce the protections that these species currently have, & limit the ability of wildlife officials to protect their homes & provide for long-term recovery."

During a public comment period, the zoo submitted their support for the act to the government. The zoo pointed to its works increasing California condor, giant panda, and the Hawaiian Puaiohi populations.

In the letter, the zoo objected to the deletion of the phrase "without reference to possible economic or other impacts of such determination" from the act and advocated that such determinations of a species must be made "solely on biological factors."

"Presenting cost-benefit analyses would serve no purpose other than to undermine the statutory requirement for using best available science—which is precisely why Congress acted to explicitly prohibit economic considerations in this Section, while allowing such considerations when designating critical habitat," the zoo argued.

As an organization dedicated to the fight to #EndExtinction, we must provide a voice for wildlife. Last year, we added our voice to many other conservationists expressing concerns about these proposed changes & we feel compelled to do so again in light of the current situation.

The administration argues the act needs to focus on the "rarest" species and resources should go "where they will do the most good."

"The best way to uphold the Endangered Species Act is to do everything we can to ensure it remains effective in achieving its ultimate goal -- recovery of our rarest species," Interior Secretary David Bernhardt said in a statement Monday, CNN reported. "An effectively administered Act ensures more resources can go where they will do the most good: on-the-ground conservation."

San Diego Zoo, however, says while the number of listed species has grown, the amount of funding allocated toward recovery efforts has fallen behind.

We are concerned that proposed changes to the Endangered Species Act would further weaken current protections for the San Bernardino kangaroo rat, as well as many other species that are critical to ecosystem health, such as the California condor.

According to San Diego Zoo, efforts to save the California condor cost SDZ Global about $40 million over 35 years. Currently, the annual recurring cost for recovery is about $3.5 million. The zoo's Hawaiian bird programs run $2.1 million annually as well.

"Recovery of a species, when based on sound scientific data and practices and funded sufficiently as to allow for full and expedient implementation of a well-tailored recovery plan, satisfies both the ESA’s proponents and critics," the zoo wrote.

Now, the zoo is encouraging people to reach out to lawmakers to voice their support for the act.

"Extinction represents a permanent loss of our biological heritage, and the American public cannot abide this loss," the zoo wrote.