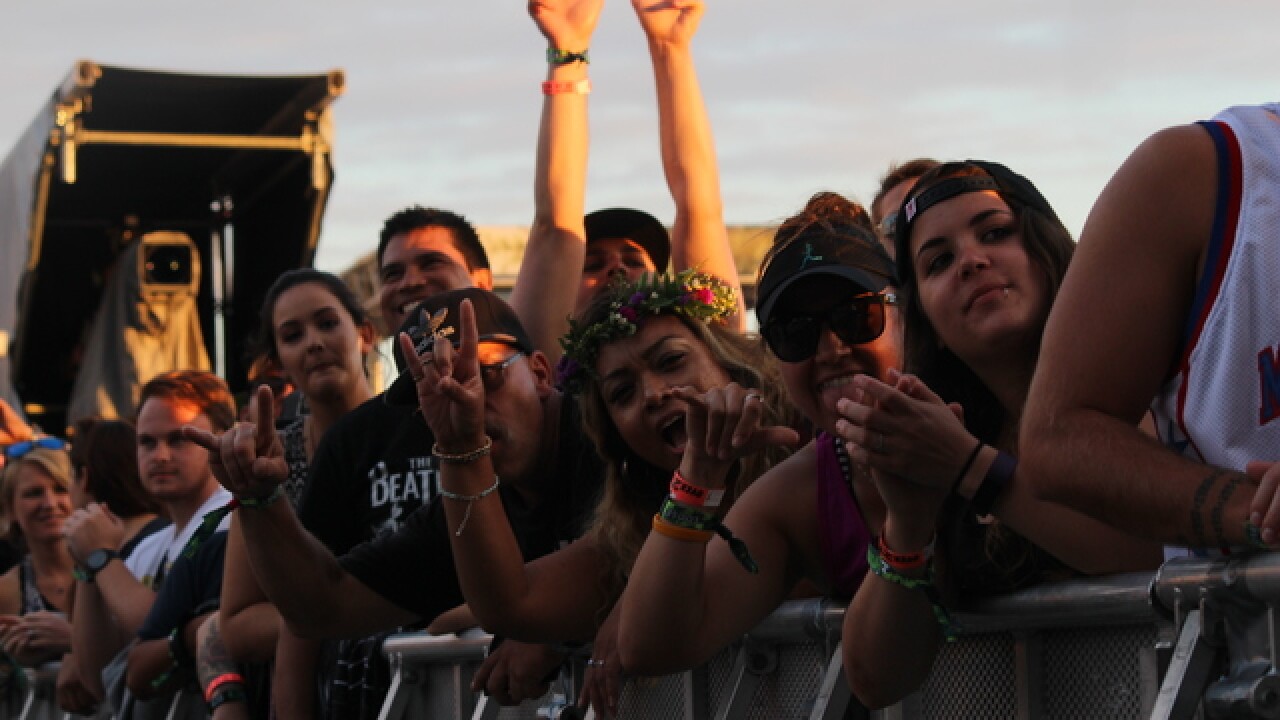 Copyright 2017 Scripps Media, Inc. All rights reserved. This material may not be published, broadcast, rewritten, or redistributed.
Photo: Mark Saunders/KGTV
The wild and fun came out in style to the Del Mar Fairgrounds for KAABOO Del Mar on Friday, Sept. 15, 2017.

DEL MAR, Calif. (KGTV) — KAABOO Del Mar has released its daily lineup of artists, giving attendees a look at when and where they'll be able to catch Dave Matthews, Snoop Dogg, and others.

The three-day music and arts festival is packing its headlining Sunset Cliffs stage with Andrew McMahon in the Wilderness, REO Speedwagon, and Kings of Leon on Friday. Saturday, Switchfoot, OneRepublic, and Dave Matthews takes the big stage. And on Saturday, expect The Bangles, Sheryl Crow, and Mumford & Sons to close the festival out.

Elsewhere during the festival, fans will be able to catch Snoop Dogg and Wu-Tang Clan, Boyz II Men, Black Eyed Peas, and Duran Duran on the USAA Grandview stage.

And if you're looking for laughs, Kevin Smith, Tig Notaro, Bob Saget, and Wayne Brady are all set to take the Humor Me stage throughout the festival.

But, of course, there's way more to discover at KAABOO, including DJ sets and celebrity chefs. For a full daily lineup, check out the festival's schedule here.