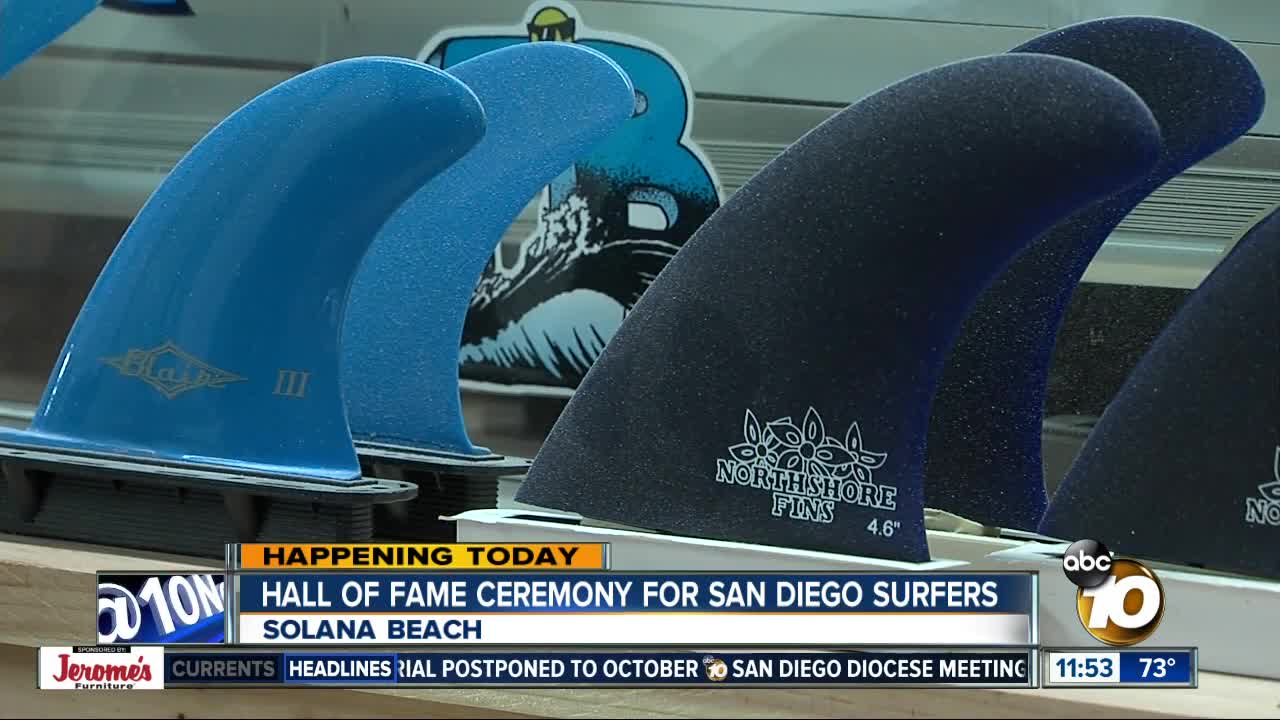 SAN DIEGO (KGTV) — In what's being hailed by organizers as the greatest gathering of surf legends San Diego has ever seen, the first members of San Diego's Surfing Hall of Fame will be inducted Tuesday night.

The ceremony set for Belly Up Tavern in Solana Beach will celebrate 14 individuals who have made pioneering contributions to San Diego's surfing culture.

"These innovators and pioneers have emerged everywhere that waves break. In this regard, San Diego has been particularly blessed," organizers write. "Our 70 miles of coastline have produced some of the most innovative shapers and wave stylists in the sport. And as everyone paddling out to the lineup knows, you have to honor those who have come before us."

Surfboard craftsman Hank Warner, a legend in his own right, will play the Master of Ceremonies as the hall of fame kicks off with the inductions of:

Attendees will also enjoy live music from Jimmy Lewis, live art from Wade Koniakowsky, and a special collaboration between Warner and surf filmmaker Ira Opper. A "top-secret" list of special guest presenters is also due.