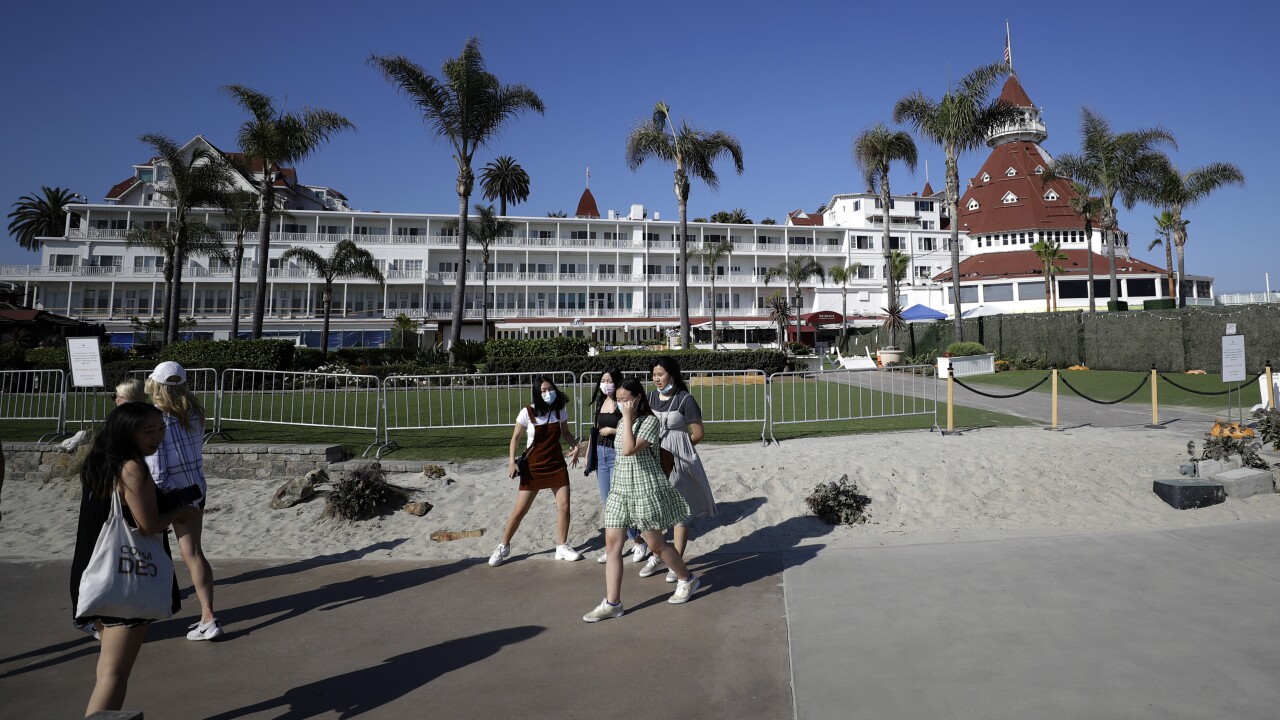 The famous red-roofed hotel on Coronado Island's Orange Avenue closed with other hotels in late March as the COVID-19 pandemic reached San Diego.

Hotels have started to reopen in June, following state and county public health guidelines. The Hotel del Coronado, a major tourist attraction, will reopen with limited amenities and reduced occupancy.

"We disinfect all the high-touch areas, including the light switches, remote control, door handles. We sanitize the entire room, and then we put a seal on the outside of the door so when guests do check in, they know that no one has accessed the room. They are the first person to access the room since it was cleaned and disinfected," Rapoza said.

Rapoza added face coverings/masks will be required for all hotel staff and guests while in public areas. He also said there will be sanitation stands and cleaning wipes around the resort.

Rapoza said as soon as they learned the hotel would be allowed to reopen, staff worked "fast and furious" to meet new health and safety guidelines.

"This is a very busy resort in the summer. There's a lot of foot traffic and we wanted to make sure we could manage through the guidelines. We want everyone to come and enjoy the Del and see the Del this summer. We're excited to show them our new amenities and our new protocols," he told 10News.

The luxury villas the Beach Village at The Del will also open Friday. The hotel's main pool and Cabana guestrooms will remain closed until at least July 19 until upgrades are completed.

Until the pool reopens, hotel management said guests will be able to borrow sand chairs for the beach and umbrellas for free. Guests will also get a daily $25 dining credit and discounted self-parking.

Hotel del Coronado opened in February 1888 and quickly gained a reputation as a celebrity getaway. The building was declared a National Landmark in 1977 and the property was purchased by Hilton in 2017.