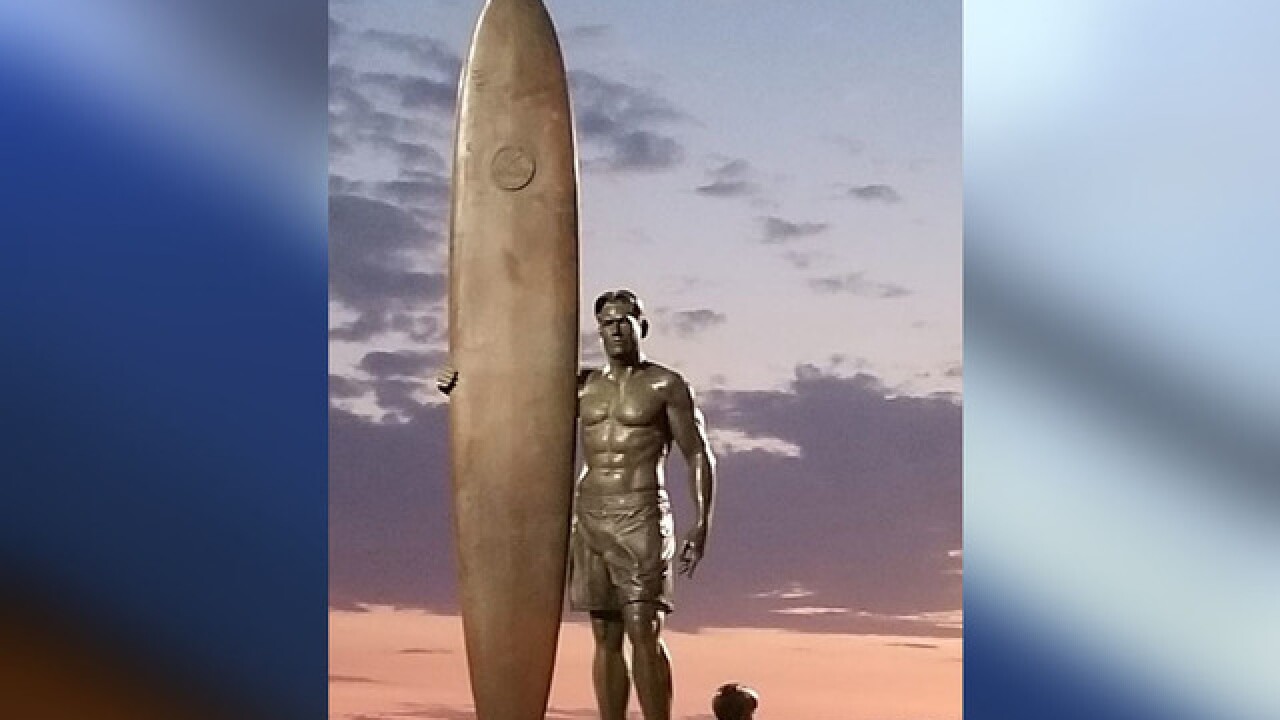 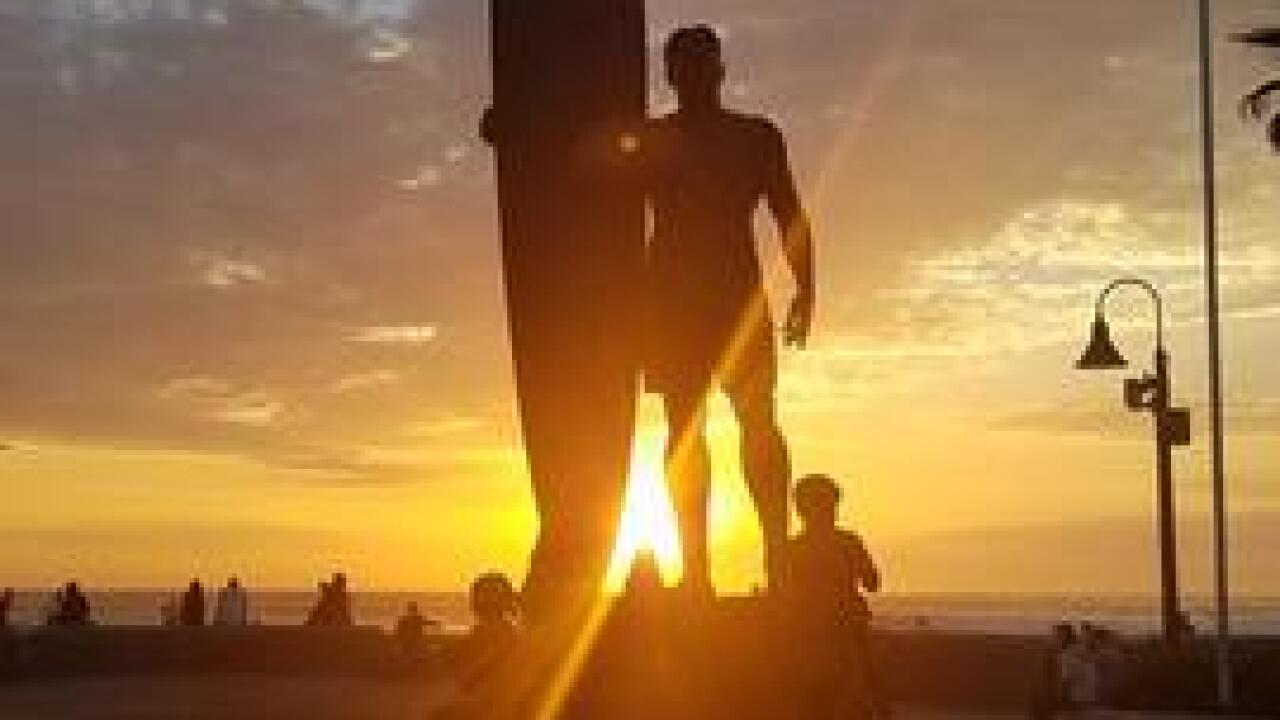 The 18-foot tall statue of a bronze surfer holding a longboard at his side stands tall just north of Imperial Beach Pier. At the foot of the statue, two children building sandcastles.

The statue, designed by artist A. Wasil, was dedicated on Jan. 3, 2009, and aims to honor the IB community's cherished surfing and sandcastle history.

Many consider IB one of the birthplaces of surfing.

Imperial Beach has continued to provide both challenging and easy-going waves for surfers. Not only those who take to the waves, but those who design and shape boards have called IB home.

According to the city, pioneers of surfing came to the Tijuana Sloughs as early as 1937 to shape their sport. While at times the waters in IB close to Mexico are in no condition to swim, the city remains proud of its place in surfing history.

Not only does the statue commemorate surfing culture, but IB's outdoor surfboard museum also honors 25 prominent surfboard shapers, nine of which are local.

Sandcastles played a prominent role at Imperial Beach for more than 30 years. Castles, sea animals, and more were carefully crafted on the shoreline during the U.S. Open Sandcastle Competition.

The event was canceled in 2011, due to increasing costs and a lack of volunteers.

This gave rise to IB's Sun & Sea Festival, which has given a home for sand sculptors to continue their creative work.