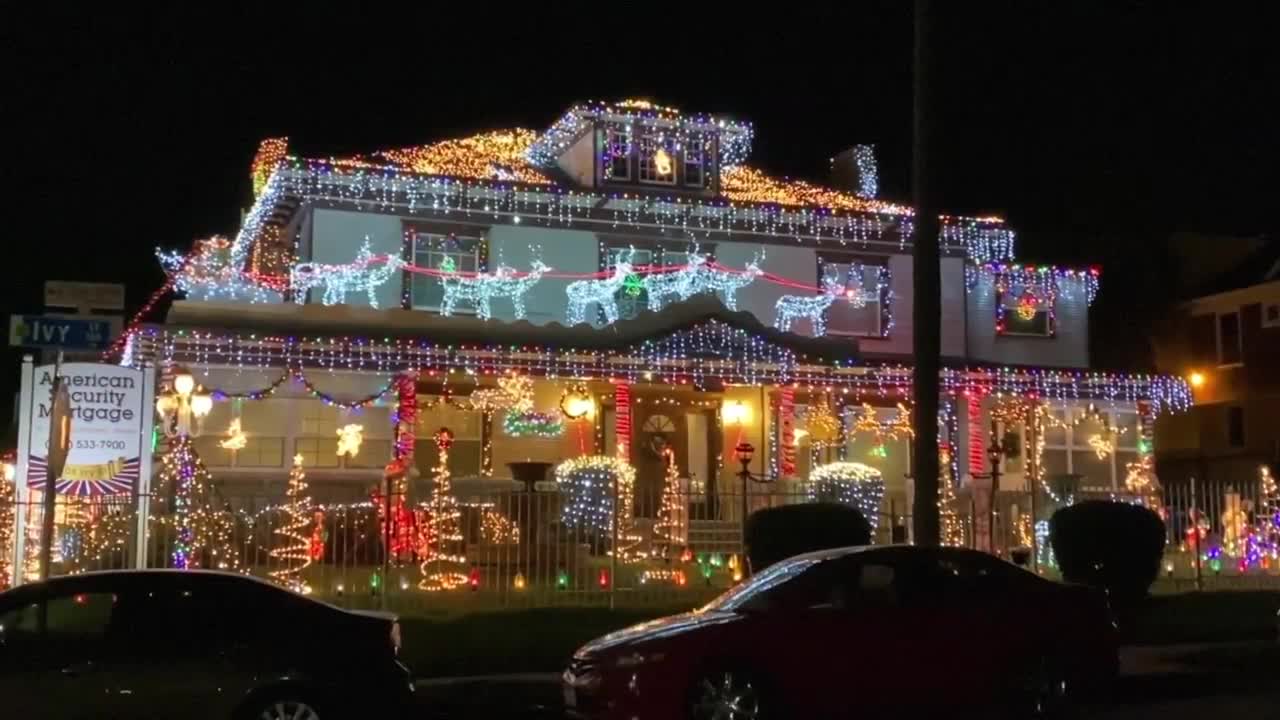 The Christmas spirit is alive and well on the corner of Ivy Street and First Avenue in Bankers Hill in the form of the Forward House's elaborate light display.

SAN DIEGO (KGTV) -- The Christmas spirit is alive and well all around San Diego, and it’s quite noticeable on the corner of Ivy Street and 1st Avenue in Bankers Hill.

The home once owned by two former San Diego mayors, John Forward Sr. and John Forward Jr., is occupied by American Security Mortgage during the day, but during the holiday season, it’s overtaken in the evenings by what owner John Olbrich calls his “Clark Griswold”-like display.

“It’s up close, personal. The house is decorated maybe circa Chevy Chase in ‘Christmas Vacation’ … it’s fun, I guarantee that you’re really going to enjoy yourself,” Olbrich told 10News.

For the past 22 years, Olbrich has marked the holidays with an impressive array of lights and decorations that illuminate through the neighborhood. He said he does it because the holiday season reminds him of his childhood and a time of togetherness and family.

“People ask why I do this and why I take so much enjoyment in decorating and the music and Santa … It reminds me of growing up and being with my family,” said Olbrich, who moved to the San Diego area as a young boy from the Midwest.

Olbrich said he typically plans the light display at the beginning of the year, and work begins in earnest once November hits.

On Thanksgiving night, all of the hard work is shown off when the lights finally turn on and the Christmas music pumps through outdoor speakers.

Santa Claus and his reindeer are also an important part of the display, sitting on the home’s roof and helping the neighborhood come together. But Olbrich said they often serve a different purpose during December.

“The planes will come down, and some of my clients who are airline pilots say they can see Rudolph and the sleigh because we’re right in the flight path,” Olbrich said. “One of the pilots said he was flying in on a foggy night, and he said to me, ‘Thank goodness I saw Rudolph’s nose through the fog and we made it right in.’”

Olbrich told 10News he’s glad the light display has been a hit in the neighborhood and looks forward to keeping the tradition going.

“I really enjoy it. It’s about my family experiences, my childhood memories, and getting together, and I’m hoping it can stir up some of those feelings in others that come by,” said Olbrich.