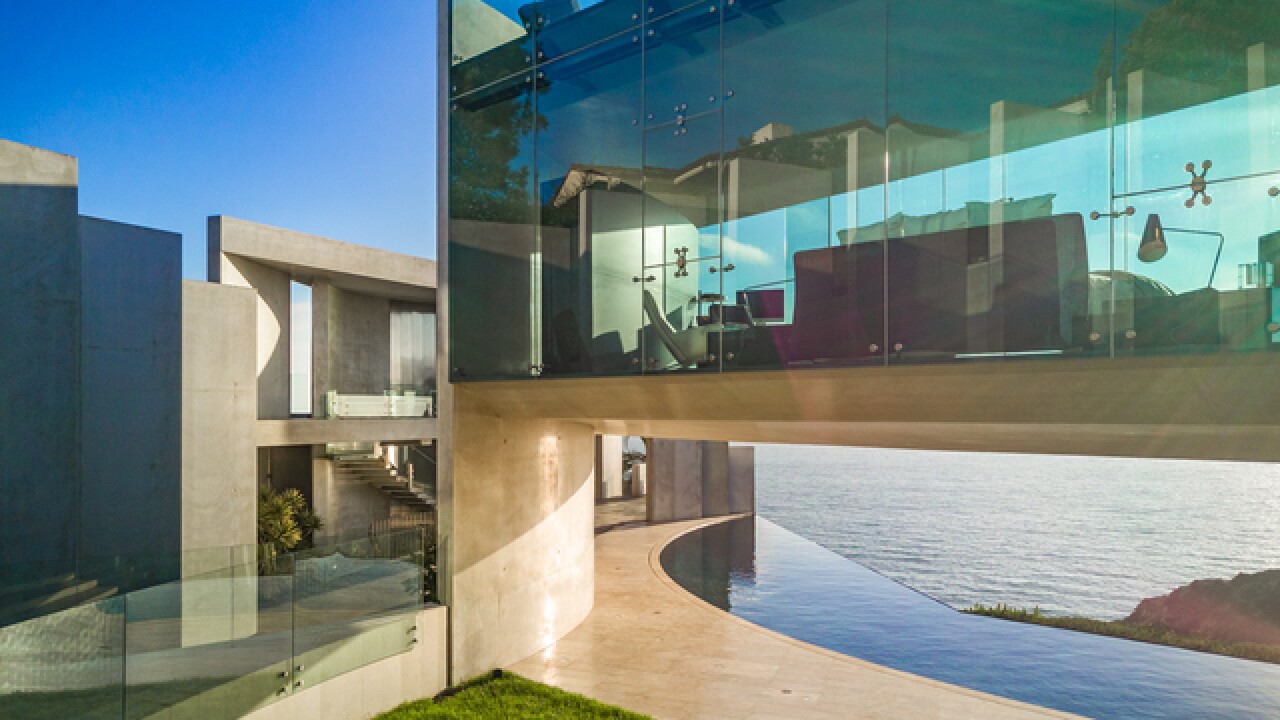 The home, which is named for Razor Point, was designed by leading architect Wallace E. Cunningham. Located in La Jolla Farms near the Torrey Pines Golf Course, the home sits on some 12,000 square feet of cliff-top land.

“Few residences are so groundbreaking in design that they need a name to convey their architectural significance. The Razor House is one of these rare and celebrated masterpieces which has a name that pays homage to a stunning yet treacherous landscape where majestic cliffs meet the infinity of the ocean,” said Laleh Monshizadeh. “When The Razor House was completed in 2007, the property was widely regarded as an architectural marvel. The cinematic nature of its design has made it a highly sought-after filming location and has already been featured in TV commercials for Calvin Klein and Visa Black Card.”

“Walled in by sheets of glass, the house is so transparent that you feel as if you are suspended in air, completely surrounded by water,” said Niloo Monshizadeh. “It takes a daring visionary to take a modestly sized, steep oceanfront lot that had been previously declared ‘unbuildable’ and create a masterpiece nestled sensitively into the hillside. Following the Wrightian tradition of organic architecture, Wallace E. Cunningham drew inspiration from the challenging terrain, imagining a dynamic residence spread across the land that takes advantage of its position amid deep canyon, golden sandstone and jagged bluff leading into vast views of the Pacific Ocean.”

The home is listed by Laleh and Niloo Monshizadeh of Coldwell Banker Residential Brokerage in La Jolla.