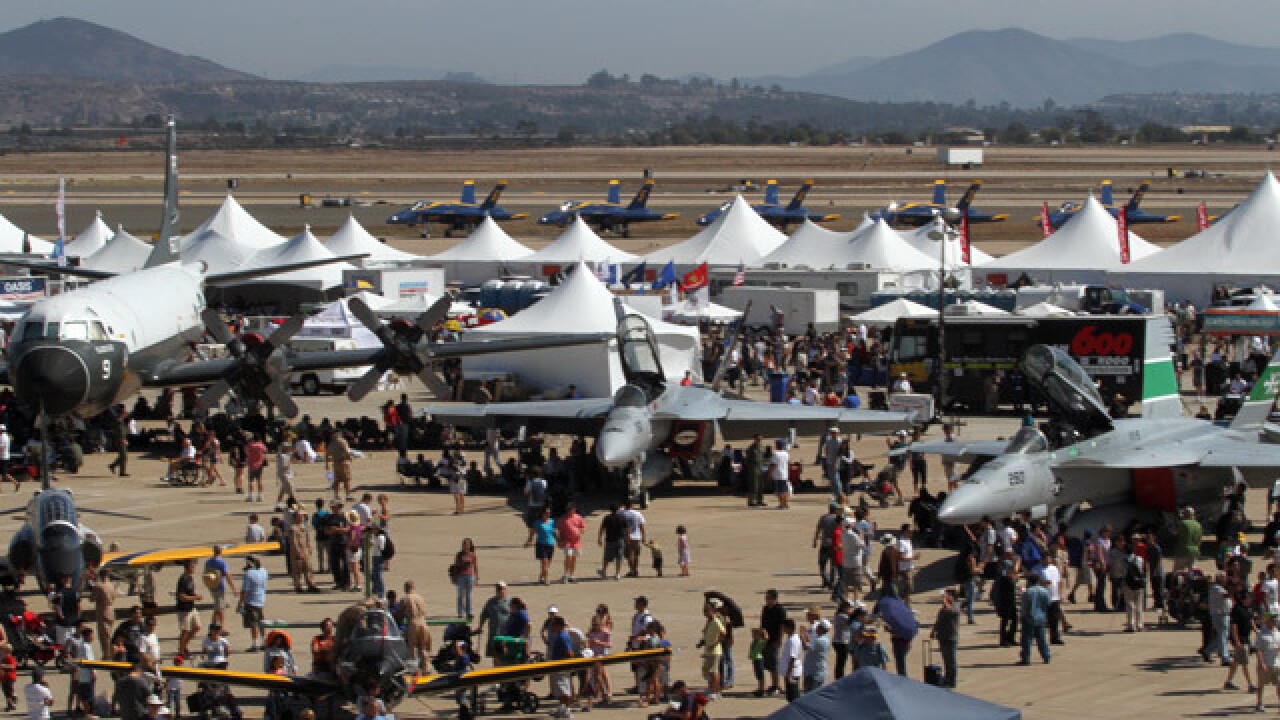 The Miramar Airshow returns this weekend, bringing high-flying action and military displays to MCAS Miramar for free to the public.

El Cajon and Encinitas get in the Oktoberfest spirit with massive celebrations featuring local and international brews, delicious German cuisine, and local fare.

Here's a look at the fun around this weekend:

GI Film Festival
Where: Museum of Photographic Arts or UltraStar Cinemas at Hazard Center; Cost: $8 - $25
The GI Film Festival brings together a community of passionate filmmakers, the military veteran community, and those who support them to showcase works in cinema and educate and preserve the legacies of veterans. This year, films focusing on the Afghanistan War, short documentaries, post-9/11, the Iraq War, and student and military veteran projects will be screened.

UB40 and Shaggy
Where: Petco Park's Park at the Park; Cost: $40
Head out to Petco Park and catch UB40 with Ali and Astro, Shaggy and The Green at Park at the Park as part of their 40th anniversary tour "A Real Labour of Love."

Miramar Airshow
Where: MCAS Miramar; Cost: Free - $260
(Friday - Sunday) The MCAS Miramar Airshow soars into town in September, bringing a spectacle of military and aerial might to San Diego. The show will celebrate of armed forces with daily performances and demonstrations, exhibits, and static displays for guests to enjoy for free.

Fee Free Day at Cabrillo National Monument
Where: Cabrillo National Monument; Cost: Free
The National Parks Service is celebrating National Public Lands Day with free admission at parks for guests. Learn about how 16th century explorers navigated with such accurate results, or go inside the Fort Rosecrans bunkers at the site that date back to World War II. As part of the day, a volunteer event to clean up trails is also scheduled.

Poway Rodeo
Where: Poway Valley Riders Association's grounds; Cost: $1 - $70
(Friday - Saturday) Grab your cowboy boots and head down to the Poway Rodeo, including appearances by the Navy Leap Frog parachute team, rodeo clowns, steer wrestling, team roping, barrel racing, and of course, lots of bull riding. Stick around after each night for the after-hours Rodeo Jam with music and dancing.

San Diego Restaurant Week
Where: Various locations; Cost: Varies
(Thursday - Sunday) Enjoy the final days of San Diego Restuarant Week, with more than 180 different restaurants will be participating in the event. Grab a taste of what some of San Diego's best chefs have to offer with special prix fixe menus
offering affordable prices.