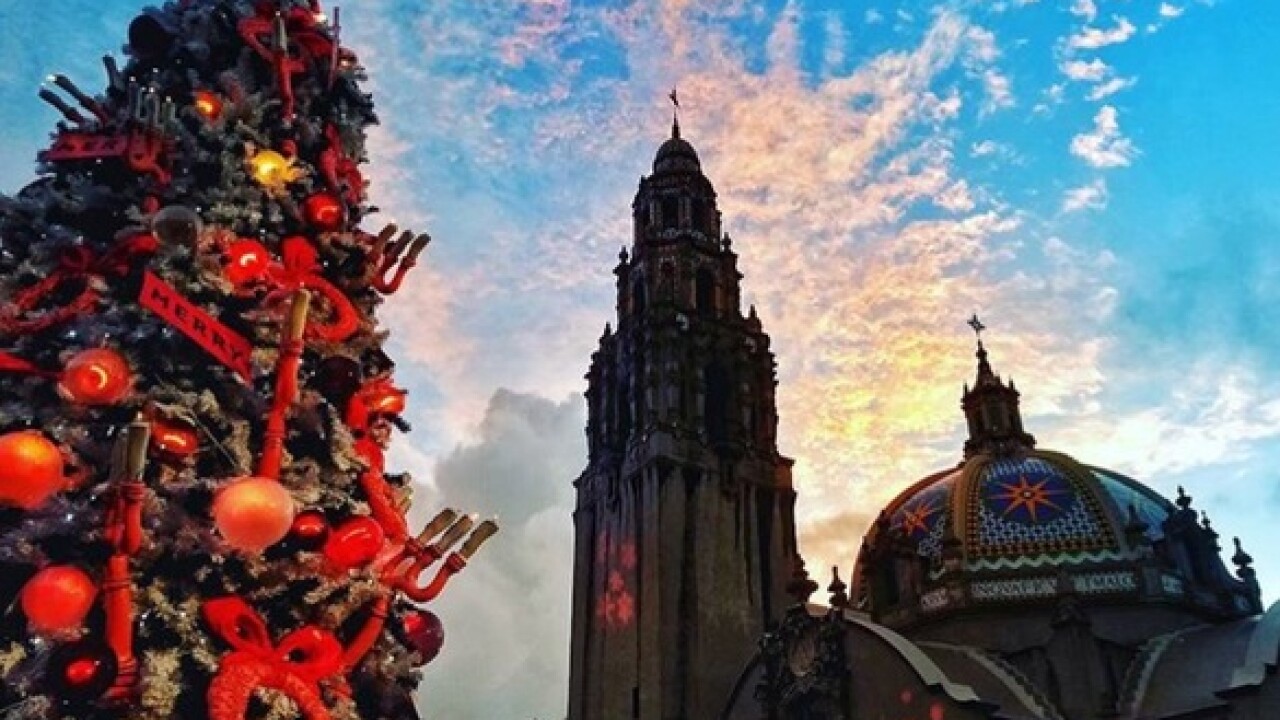 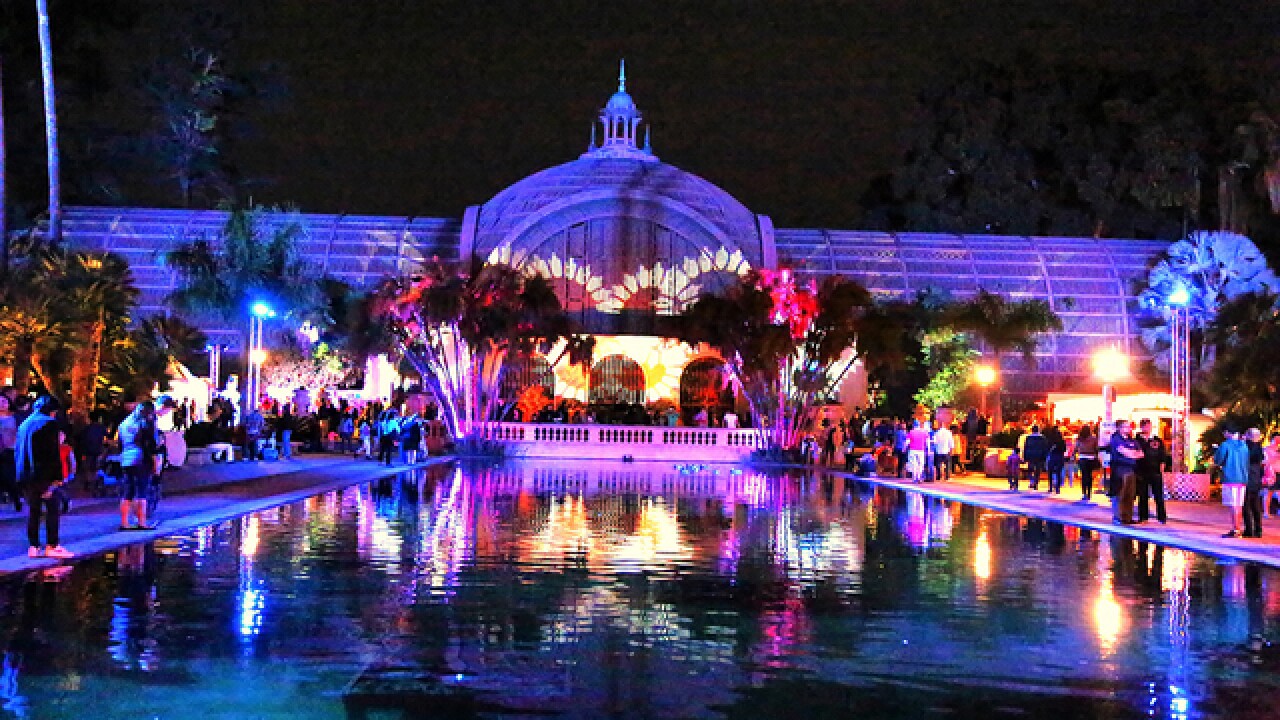 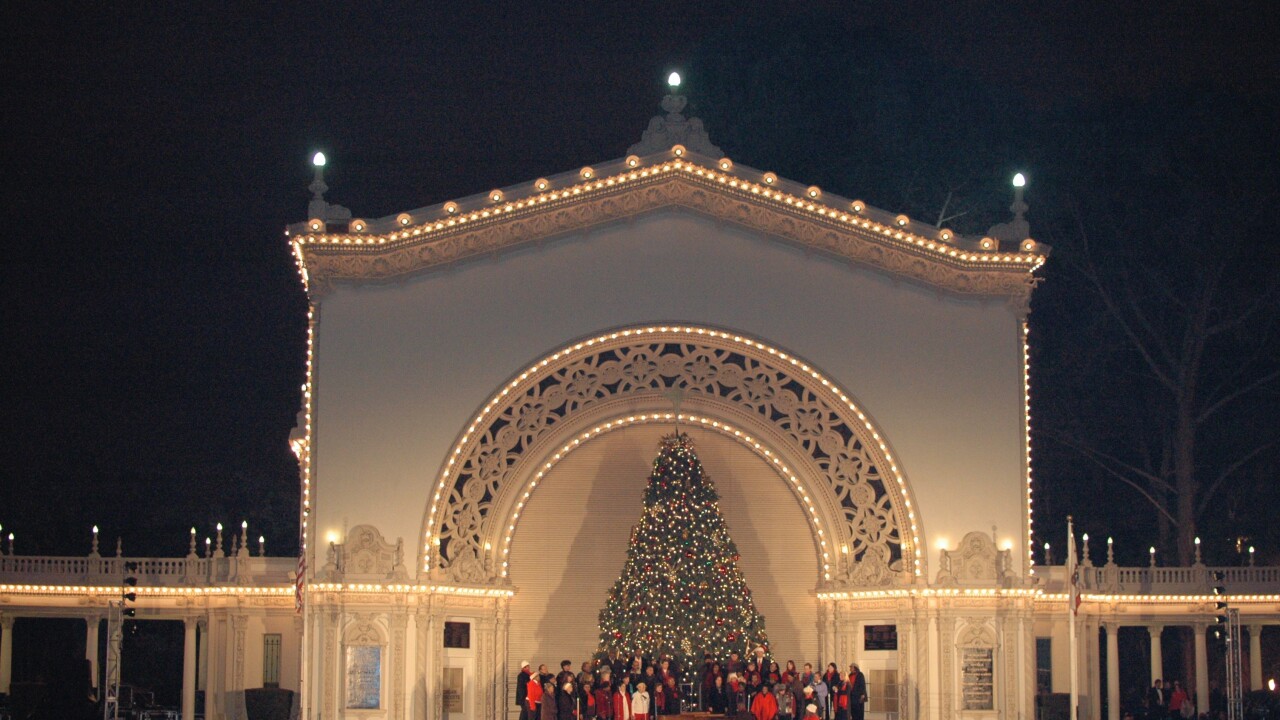 Coronado and San Diego Bay will hold holiday parades, along with fun in Mission Bay and Oceanside.

Balboa Park's December Nights kicks off on Friday, bringing holiday fun to the park for two days for live music, vendors, and food. Poway and La Mesa will also hold their own holiday extravaganzas this weekend.

Here's a look this weekend's happenings in San Diego:

(Thursday, Saturday - Sunday) Head out for a guided tour of San Diego best Christmas lights! This tour will take you through Chula Vista, Christmas Card Lane, and other locales. Plus, enjoy cookies and candy, and a heaping of holiday music and cheer!

Coronado will host a slew of winter family fun before and during their annual holiday parade. Hit "snow mountain" for photos with Santa, face painting, crafts, and more before the parade, all followed by the flip of a switch to light Coronado's tree!

Christmas in the Park

Caroling, live music, horse-drawn hay rides, and more holiday fun will be hosted at Old Poway Park during the annual Christmas in the Park event. The free event invites families to enjoy crafts, seasonal treats, and, of course, visit Santa before the big day!

Mahalo! Enjoy delicious food and drinks and entertainment from The Jets at Waterfront Park during the 2nd annual Island Food & Beer Festival. Jump into games and raffles and check out "village vendors" for some early holiday shopping.


La Mesa Holiday in the Village

(Friday - Saturday) Celebrate the holiday season in La Mesa, as the Village is transformed into a winter wonderland with holiday music and entertainment, a Santa's village, sidewalk pet adoptions, and even snowfall!

Boats will be dressed in hundreds of lights as they sail along the bay during the first weekend of the annual holiday parade on water, sporting this year's theme of "Tropical Island Christmas." The show is free and there's plenty of holiday cheer to find around downtown during the parade!

Run, run Rudolphs! The annual Red Nose Run hits Del Mar in 3K and 5K distances, supporting Fresh Start Surgical Gifts and Semper Fi Fund charities. Runners and walkers also get the chance to win prizes from a live auction and drawing opportunities and the participant in the best costume will also get a prize!

Support The Animal Pad at AleSmith Brewery with a "howliday pawty," including digital photo booth, doggie treats, raffle prizes, and more! Bring your doggo and make sure to dress up in ugly sweaters!