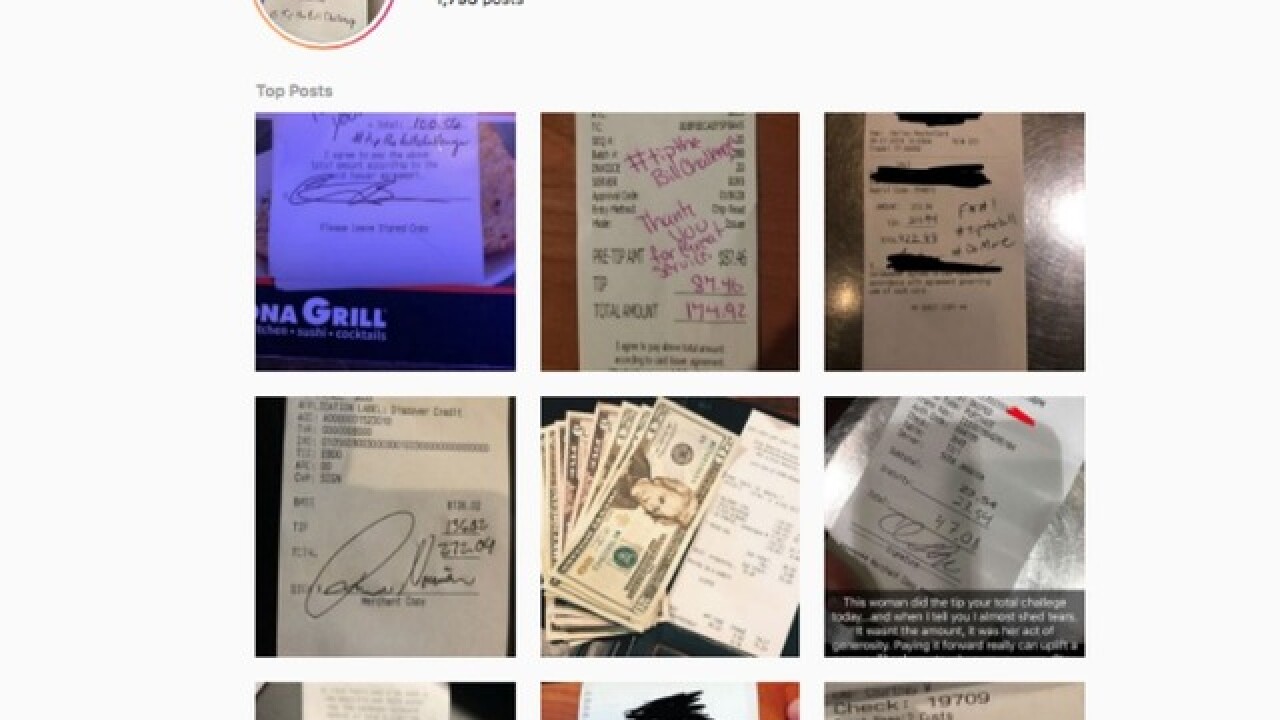 Some diners across the country are apparently tipping their baristas, servers, and bartenders 100-percent of the bill. And people are now sharing snapshots of those bills on social media followed by the hashtags: #tipthebill or #tipthebillchallenge.

Excellent service and great food made this one easy! #tipthebillchallenge

It seems to be part of a social media "challenge" though it is not clear where, how or why it started.

Steve Chucri, president and CEO of the Arizona Restaurant Association, an organization that promotes restaurants in Arizona, said he had only heard of the initiative recently, but called it "wonderful" and "heartwarming."

"[The challenge] is rewarding the industry for being the industry of opportunity. It's not just the tipped employee. It's the owner, the cook, the dishwasher, the hostess. And I think when you look at it through that lens, it is a wonderful thing," he said.

According to some reports, it appears we have a tipping problem.

Delish, a recipe and food website, wrote: "[t]his particular challenge comes at a time when people are just bad at tipping."

CreditCards.com conducted a survey of 1,000 adults on the subject of tipping in May and published the results in June.

According to those results, diners aged between 18-37 (millennials) were "most likely to stiff servers." Of those surveyed, 10 percent said they "routinely" left no tip, while nearly a third left a tip fewer than 15 percent.

Twenty-seven percent of millennials said, according to the survey, they would prefer to eliminate tipping and have the service charge included in the menu prices.

The results also found that older diners tipped more --  55 percent of diners 65 and older said they tipped 20 percent or more. The reason: they have more money to tip, according to the study.

Chucri said tipping should not be seen as an obligation.

"We believe a tip is something that is earned, not arbitrarily given," he said, dependent on the experience, quality of the food and if a customer would come back.

Some restaurants like Joe's Crab Shack experimented with a no-tipping policy in 2015, but ended it the following year, according to a CNNMoney report.