Black hairy tongue: What to know about the bizarre disease 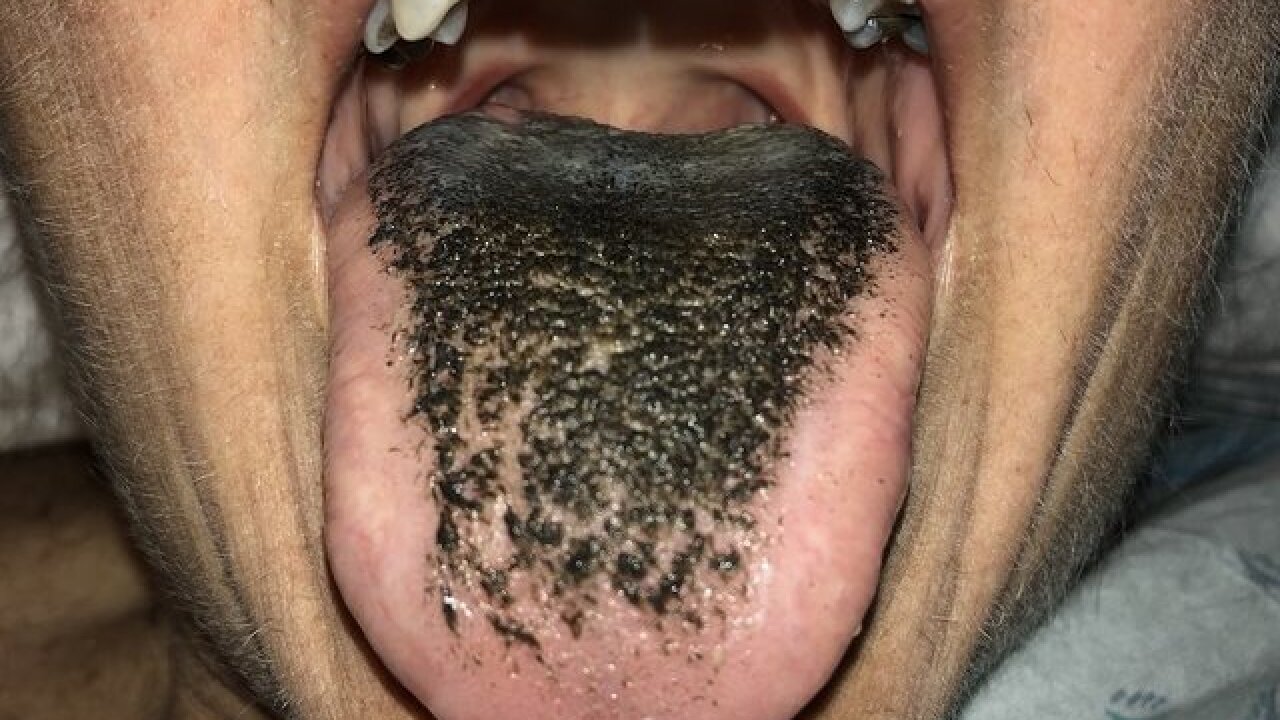 When Dr. Yasir Hamad heard that a patient's tongue had turned black, he decided he needed to see it for himself.

"It was the typical textbook case" of a condition known as black hairy tongue, said Hamad, an assistant professor in the Department of Medicine at the Washington University School of Medicine in St. Louis. Hamad published the case Wednesday in the New England Journal of Medicine.

Despite the name, black hairy tongue isn't hair at all. It refers to tiny nubbins on the tongue, called papillae, that have grown longer and turned black. These bumps, normally less than a millimeter long, can reach between 12 and 18 millimeters, according to a review last year.

As the papillae grow, they are thought to trap microscopic food particles, giving bacteria and other microbes a chance to thrive on the tongue -- causing a strange discoloration.

Black hairy tongue is an uncommon and harmless side effect of some drugs, but it can also be linked to smoking, poor oral hygiene and certain medical conditions.

Hamad's patient, a 55-year-old woman, had received an antibiotic called minocycline to deal with an wound infection after a motor vehicle accident, according to his report. Within a week, her tongue turned black, she began to feel nauseated, and there was a foul taste in her mouth.

"As scary as this looks, the good part is that it's actually reversible," Hamad said. Four weeks after doctors changed her medication regimen, the patient's tongue returned to its normal color.

It's unclear exactly how uncommon this is, Hamad said, but it's the first case he's seen in 10 years of practicing.

If your tongue starts to look suspiciously black and hairy, he added, don't panic, and "check with your primary doctor, because some other conditions can resemble this."

"A lot of things you can diagnose just from looking at the mouth," Hamad said, with a message to fellow doctors. "That's the lesson: Don't miss that part of the body when you're examining the patient."