Cpl. Lewie Shaw dropped out of high school when he was 17. Two years later he joined the Marines, and soon after he was serving in the World War II Pacific Theater. He never earned his high school diploma — until this week. 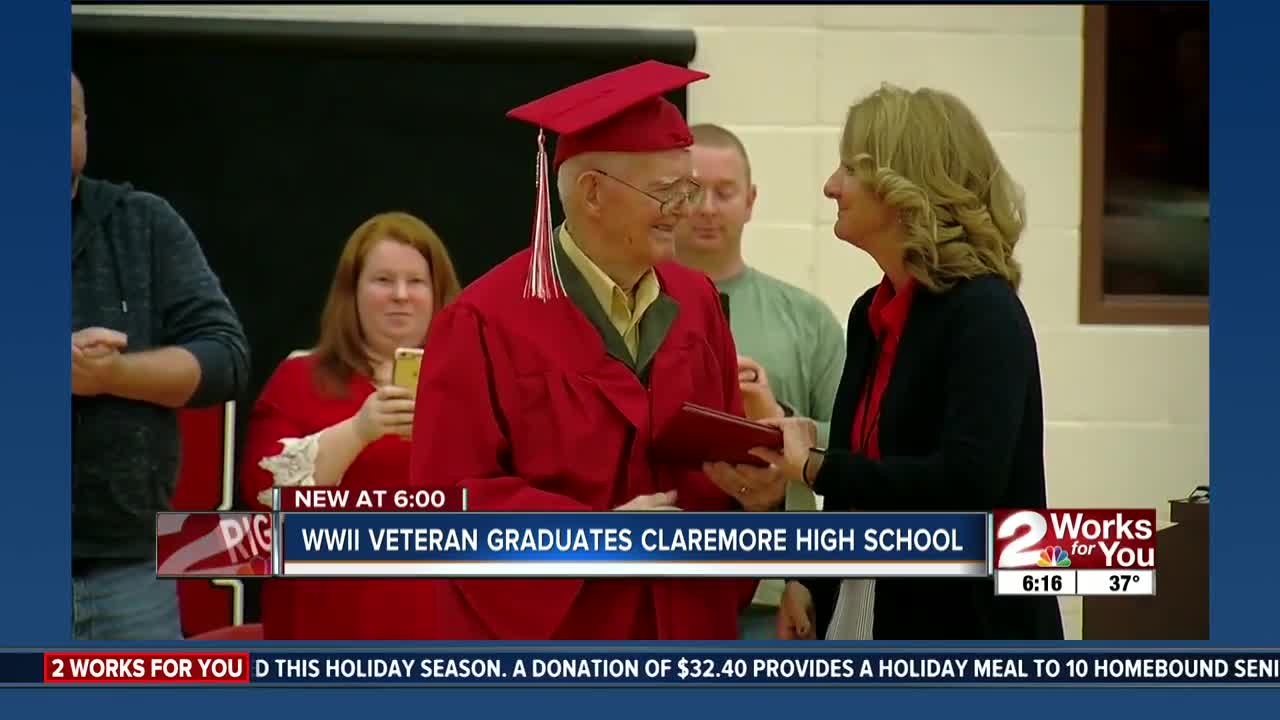 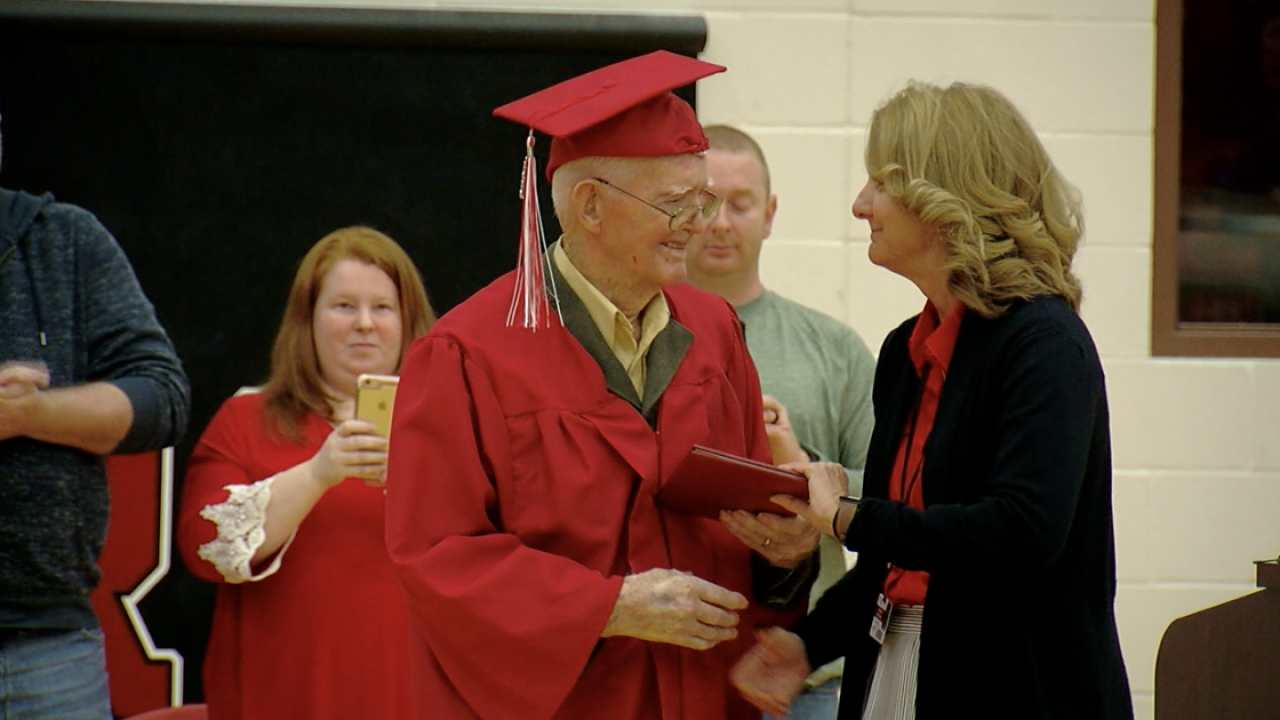 CLAREMORE, Okla. — It was a graduation 74 years in the making.

Cpl. Lewie Shaw became an orphan when he was only 12 years old. He dropped out of high school at 17 and worked as a school bus driver and janitor.

"I was a little hard-headed," Shaw said. "Algebra was my pitfall at school. I refused to try to learn algebra."

Shaw enlisted in the Marines in 1943. He fought in Tinian, Saipan and Iwo Jima. He was wounded fighting for his country. He says he was struck by a phosphorus grenade "across the backside."

"I didn't want to tell anybody. A good Marine doesn't get shot in the back," Shaw said.

Shaw said he's lived a dull life after the war. He worked for a lumber company for 30 years then went into business with his son — all without his high school diploma. But Thursday, at 95 years old, he had his graduation ceremony.

In the years since he left, Shaw's school has been enveloped into other districts, so Claremore High School stepped in to give him this big honor.

"The sacrifices they made are real," said Claremore Public Schools superintendent Bryan Frazier. "The ability for us to be able to speak the way we speak and experience the things we experience are directly related to their sacrifices. And I think we should be grateful for that. And we always want to recognize them."

Commander Murry Estabrook organized the graduation. He said it was in memory of his father, who was just like Shaw.

"It gives me a sense of pride to be able to do this," Estabrook said. "And it brings me back in touch with my father."

Shaw said he was able to get through life without his diploma, but encourages students today to work hard.

"My advice to them is to keep clawing, continue digging," he said. "Get that education."

Shaw will be the grand marshal in the Claremore Veteran's Day Parade on Monday.

This story was originally published by Katie Keleher on KJRH in Tulsa, Oklahoma.