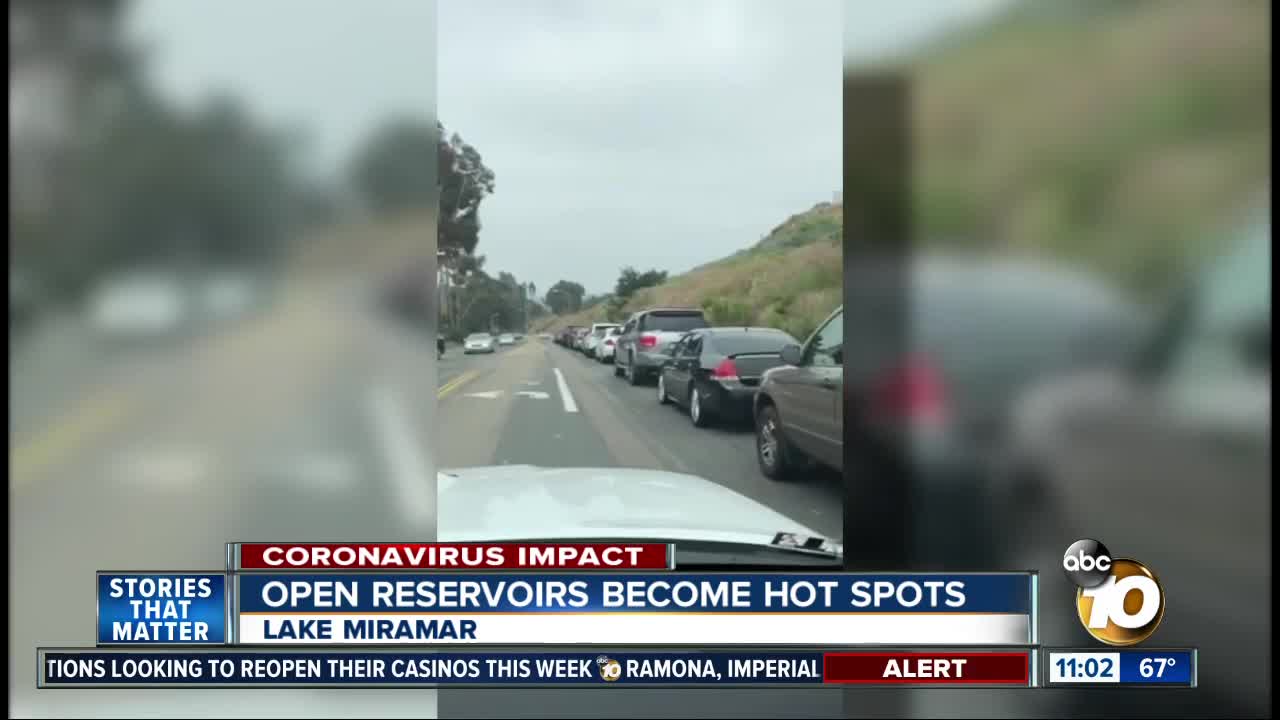 SAN DIEGO (KGTV) - Lake Miramar is becoming a hot spot after it was one of three reservoirs to reopen this weekend.

Many, like 17-year-old Daphne, were trying to escape the stresses we're all facing right now.

"It's been good to get some air to be honest because I've been stuck in the house all day," she said.

She and her mom walk the five-mile lop around the lake and added four blocks to their trip because police shut down the parking lot to encourage social distancing.

The closure created an overflow of illegally parked cars along Scripps Lake Drive. The cars force drivers to veer into the turn lane, to avoid hitting them.

Neighbors recorded their drive along the road and said it was ridiculous and dangerous.

One neighbor said that's how it's been since Friday.

She said cars have been flooding neighborhoods nearby as well. She said people are getting desperate and stole potted plants out of her front yard, worth at least $300 Sunday Morning.

She filed a police report and was so afraid for her safety she wouldn't speak with us on camera.

She hopes visitors show respect and follow the law.

At the lake, Daphne has this advice: "Wear your mask, but it's a good breath of fresh air, it's nice to be in nature and all and stay safe, stay at home."

Daphne aspires to be a nurse one day, that decision cemented through her experiences during the pandemic.

10News reached out to police to ask about the cars parked illegally and a watch commander said they are in the education phase and won't escalate to issuing citations unless necessary.