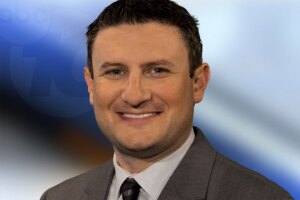 Jeff Lasky is an award-seeking journalist and the ultimate "utility player" for ABC 10News in San Diego.

Jeff plugs into almost every newsroom role at 10News in both news and sports. You'll frequently see him out in the field as a news reporter, on the field as the Chargers beat reporter, and filling in as the sports anchor.

Even when you're not seeing Jeff on your screen, you're likely seeing his work. Jeff is also a news producer and writer, frequently filling in as the producer for 10News at 5, 6, 7 and 11.

All of these many roles have one thing in common: Jeff is a natural storyteller.

He works in San Diego radio as well, as a host/reporter/and play-by-play broadcaster for Mighty 1090. Jeff has served as the sideline reporter and pre/half/post-game host for San Diego State football and men's basketball, as well as working as the update anchor for Padres baseball broadcasts. He also covered the Padres as a television feature reporter/producer for Fox Sports San Diego.

Before coming to San Diego, Jeff spent seven years as a sports play-by-play broadcaster in minor league baseball and college sports. He was the voice of California League affiliates for the Mariners, Diamondbacks, Red Sox and Astros, while simultaneously serving as the voice of the Montana State University football and men's basketball teams.

Jeff is originally from Northridge and graduated from the Walter Cronkite School of Journalism at Arizona State University. When not working, Jeff is often found on one of San Diego's golf courses or basketball courts, where he mainly camps out in the corner shooting threes. He's also a comedy fan and frequently travels to clubs and theaters across Southern California to see his favorite comics.